LEICESTER, England- A valiant effort of 42 not out from Chedean Nation, could not save the West Indies Women from suffering one of their heaviest defeats, as they lost the first match of the Royal London One Day International Series to England Women by 208 runs at Grace Road in Leicester, finishing on 110 all out in 36 overs. 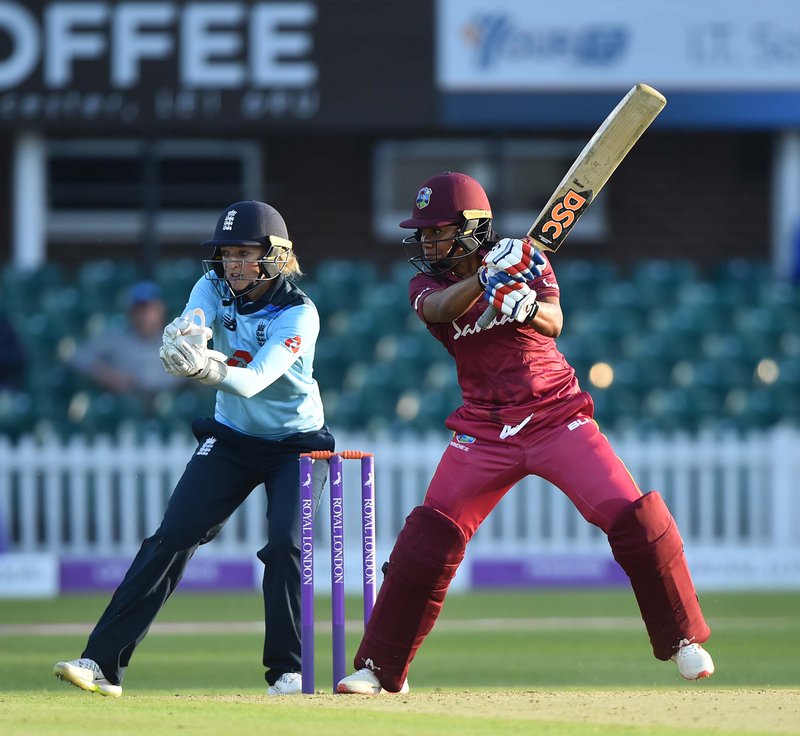 England won the toss and elected to bat first and it was a decision that paid dividends for Heather Knight’s Women. Amy Jones and captain Heather Knight put on a battle for Player of the Match as they belted the West Indies Women’s bowlers around the Leicestershire Cricket Club. Jones fell for 91 and Knight for 94 as England finished their 50 overs on 318/9.

Despite Hayley Matthews returning career-best ODI figures of 4/57, West Indies Women’s Head Coach, Henderson Springer called the performance “a lack of discipline and inaccurate according the plans…” Henderson is looking forward to a change in attitude and focus heading into the second match on June 13 in Worcester.

See what else Coach Springer had to say about today's performance.

The West Indies Women who are currently seventh (7th) on the ICC Women’s Championship points table with 11 points, will play England Women on June 6, 9 and 13 in three (3) One Day Internationals, then three (3) T20 Internationals on June 18, 21 and 25. 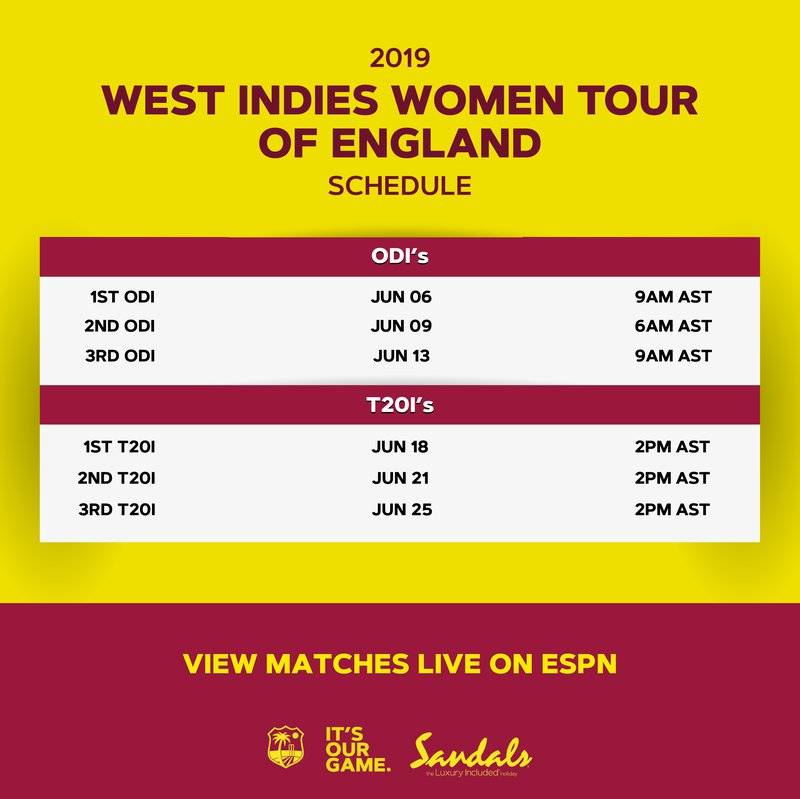