But the WINDIES’ batting was rocked by a destructive spell of 5-46 in 10 overs from left-arm fast bowler Mitchell Starc and they stumbled to a 15-run defeat. 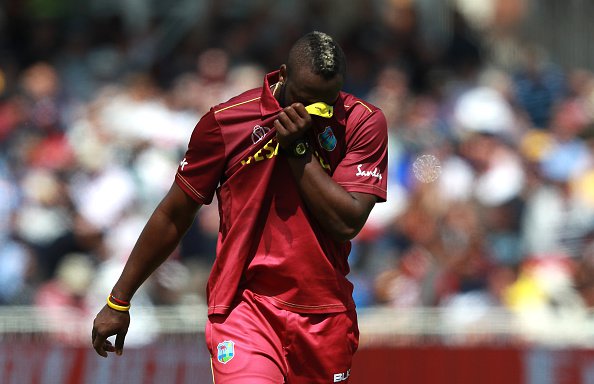 Chasing 289 for victory, victory still looked within reach for the #MenInMaroon with 38 required from the last 30 balls and four wickets in the hutch in the contest at Trent Bridge.

Missed the match? Take a look at the match highlights below!

The wickets, however, of Carlos Brathwaite for 16 and Holder for 51 in the space of four balls in the 46th over – bowled by Starc – swung the match decisively Australia’s way.

West Indies succeeded in batting out their full allocation of 50 overs to end on 273 for nine which would have brought little comfort, as the result pushed them down the table to third place on two points, behind Australia and Trans-Tasman neighbour, New Zealand, both on four points. 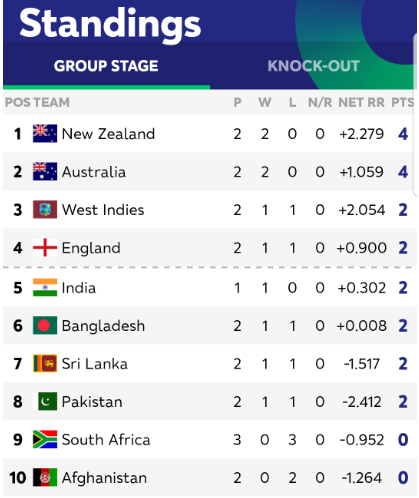 Hope hit seven fours in the top score of 68 from 105 balls and was the glue that held the WINDIES top order together, sharing successive half-century stands with left-handers Nicholas Pooran and Shimron Hetmyer, after openers Evin Lewis and Chris Gayle had fallen cheaply to leave the Caribbean side 31 for two. 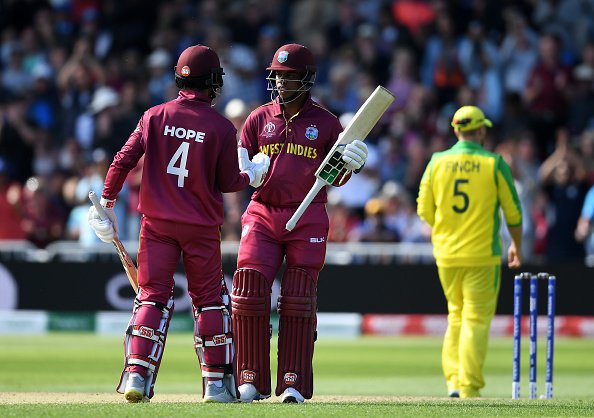 Lewis was caught at slip off Cummins for one in the second over and Gayle was adjudged lbw for 21 to Starc.

There was a bit of controversy concerning Gayle’s dismissal, however. TV replays suggested that on the previous delivery, Starc over-stepped by about four inches, but a no-ball was not called by umpire Chris Gaffaney, which meant it should have been a free hit on the ball the “Universe Boss” was given out. 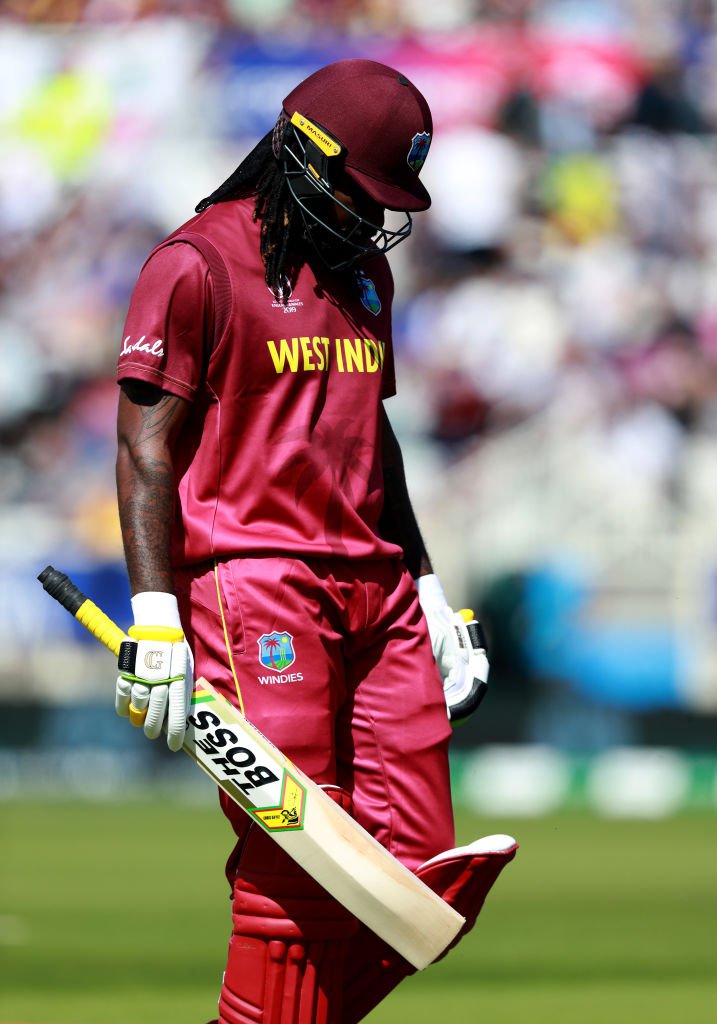 Pooran shared 99 with Hope and made 40 at better than a run-a-ball before he was caught at backward point off leg-spinner Adam Zampa in the 20th, and Hetmyer added an even 50 with the WINDIES wicketkeeper/batsman and was 21 when mis-communication led to his run out in the 28th over.

Hope soldiered on to reach his 50 and take West Indies within reach of the 200 mark before he was caught at mid-on off Patrick Cummins to leave the Caribbean side needing 98 from the final 15 overs.

Holder propped up the lower half of the batting seven fours and one sixes in his 57-ball innings, but there was little stability from the rest of the batting to take the WINDIES over the finish line.

Earlier, the West Indies pacers again bowled aggressively and shook up the top order of the Australian batting, leaving them 79 for five in the 17th over.

Check out the #MaroonMoment of the Match

But the WINDIES met resistance, as Nathan Coulter-Nile with 92, deposed Australia captain Steve Smith with 73 and wicketkeeper/batsman Alex Carey with 45 led the recovery for the Aussies before they were bowled out 288 in 49 overs.

Carlos Brathwaite was the most successful bowler for the #MenInMaroon, taking 3-67 from 10 overs. 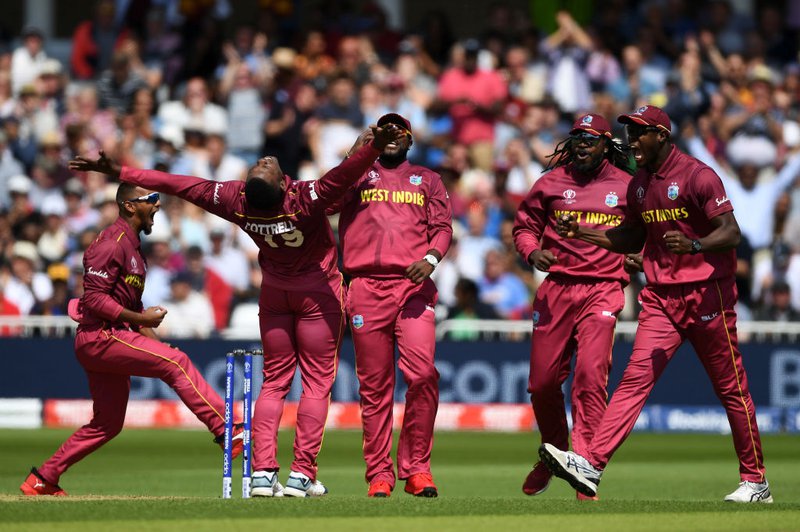 Visit our new Match Centre for the full match scorecard and ball by ball stats.

NEXT MATCH: West Indies face South Africa on Monday 10 June at the Ageas Bowl in Southampton.

ARE YOU IN? #WIAllIn
Continue to show your support for the #MenInMaroon with the new West Indies gear. Shop West Indies here.