Karachi, Pakistan - Fifteen (15) years after their last visit to Pakistan, the WINDIES Women returned with a convincing 71-run victory over Pakistan Women in the 1st T20 International in Karachi. Winning the toss and electing to bat first, the Windies women recovered from 59 for 2 to post a demanding total of 160 for the same 2. Thanks to a destructive 109-run partnership between Deandra Dottin and Chedean Nation, who scored 90*(60) and 50*(35) respectively. 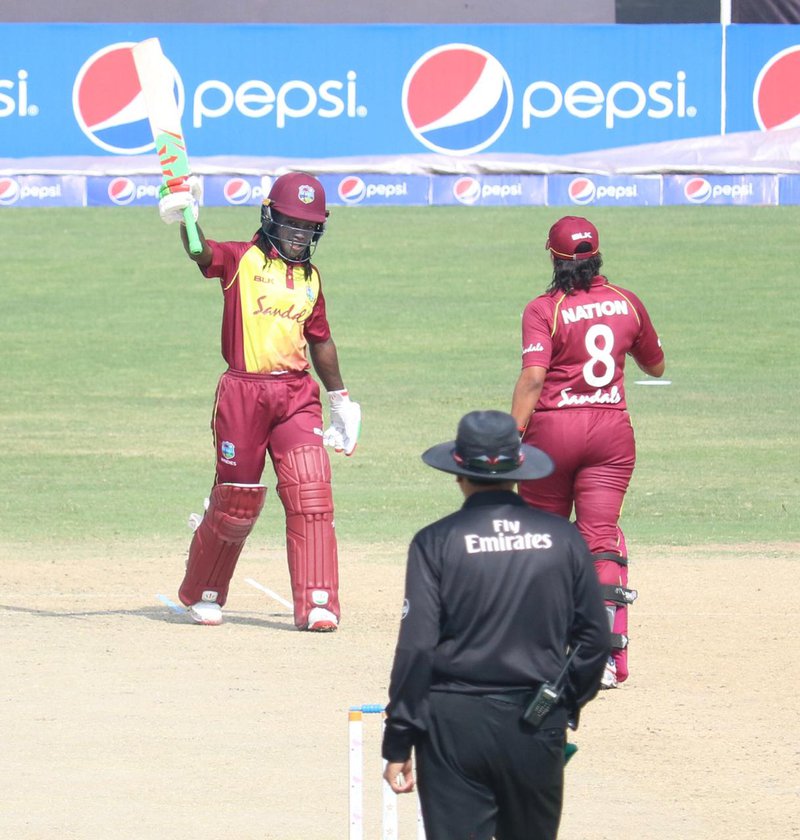 The visiting team got off to a flyer before they lost opener Kycia Knight midway through the 4th over with the score on 34. In the next 5 overs, Pakistan slowed the scoring rate only giving up 17 runs and taking the wicket of Shemaine Campbelle via the run-out route. However, Nation then joined Dottin and the two put on an unbeaten partnership of 109 runs off a little more than 11 overs. The two were especially ruthless in the last five overs scoring a quick-fire 62 runs with Nation smashing two huge sixes much to the delight of her teammates.

Dottin indicated she didn’t open the innings with the intentions of going hard from early on. However, the pitch set the deliveries right in “sweet zone” and she punished the Pakistan bowlers, smashing the ball around the Southend club. Pakistan captain Bismah Maroof rotated her bowlers to try and curb the WINDIES free-scoring, but they all felt the wrath from the WINDIES Women’s bats.

The biggest surprise unleashed by the WINDIES Women came via Chedean Nation. The veteran batter took a few deliveries to settle in, but then unfurled 4-fours and 2 mammoth sixes on her way to a maiden T20I half-century. 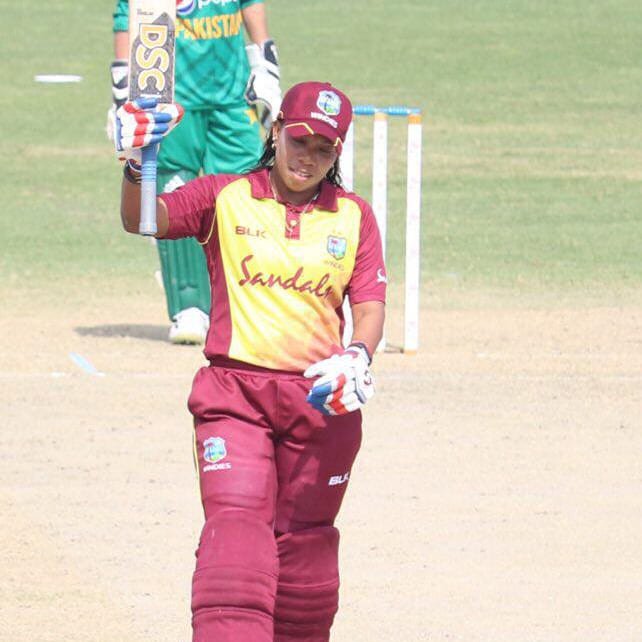 When Dottin’s scoring slowed, Nation took the charge in taking the WINDIES score well past the par-score on the ground. She matched Dottin’s pace between the wickets, as they pair picked up the singles and doubles when boundaries were hard to come by. 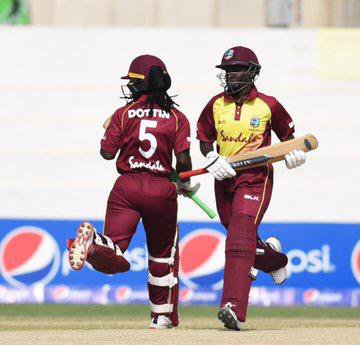 Maroof brought herself on with the hope of breaking the partnership, but she was punished with 10 runs from her only over. Nashra Sandhu was the only Pakistan bowler to take a wicket when she had Knight caught for 8. Campbelle was runout for 4. The WINDIES Women finished their innings on 160/2, Dottin on 90 not out and Nation on 50 not out. Sandhu finished with figures of 1/23.

Pakistan innings never got the foundation nor stability they needed to go after the 161-run target. Only captain Bismah Maroof and Javeria Khan reached double figures. Shamilia Connell opened with a spell of beautiful seam-bowling, which had both openers Sidra Ameen and Javeria Khan caught behind by Merissa Aguilleira for 2 and 19 respectively. Kycia Knight took a brilliant catch, covering a few yards to her left to dismiss Umaima Sohail, handing Connell her third wicket. Then Shakera Selman stunned Nida Dar with a lightning fast return to run her out for 2. 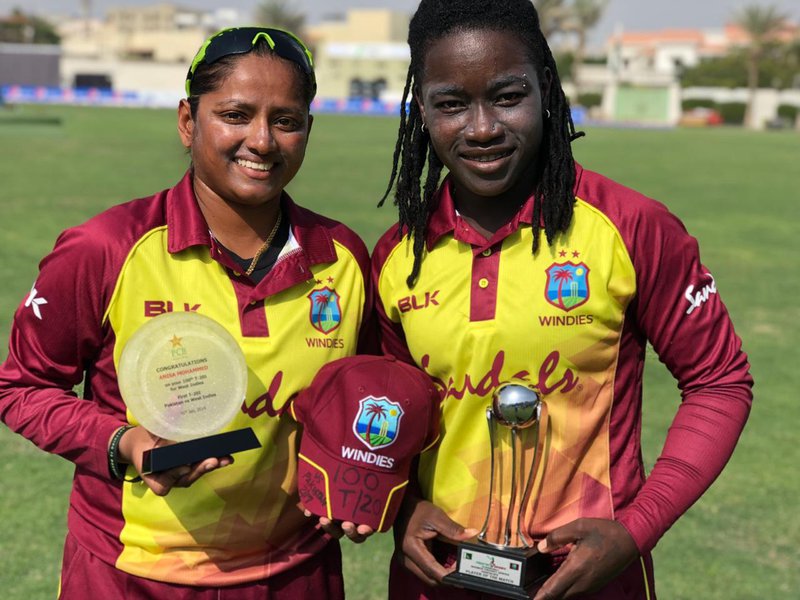 Anisa Mohammed playing in her 100th T20 International, showed just why she’s the leading wicket-take (male or female) in T20 International T20 cricket. She used the grip of the surface along with leg-spinner Afy Fletcher to peg back the Pakistan batters. Mohammed’s 4-overs and Fletcher’s 4-overs totaled 32 runs for 3 wickets. Deandra Dottin added a wicket to her 90 not out with that of Sidra Nawaz for 0. 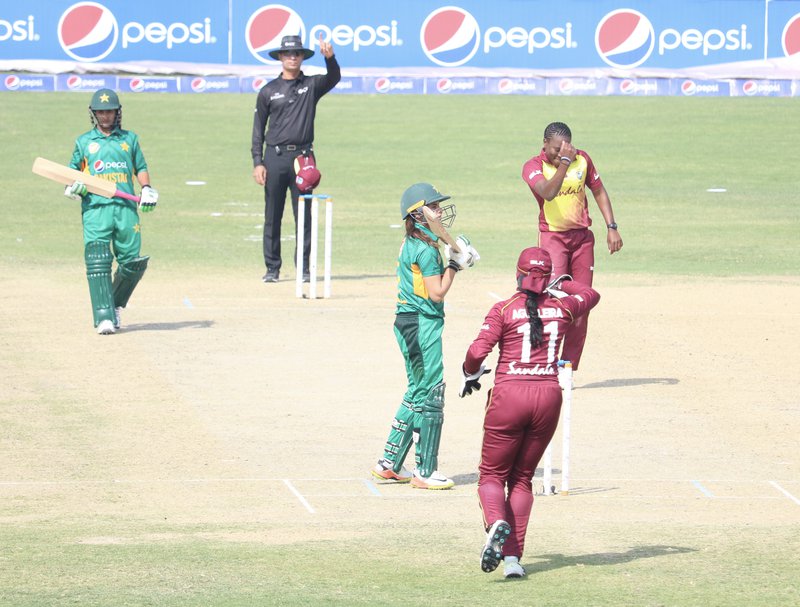 Shakera Selman who bowled her first 2 overs for 5 runs, returned to bowl the 18th over and was rewarded for her accuracy and consistency. She removed Pakistan captain Bismah Maroof caught and bowled for a valiant 38, then took the last Pakistan wicket of Aiman Anwer LBW for 4. Pakistan 89 all out in 18 overs.

Deandra Dottin was named Player of the Match.