PROVIDENCE, Guyana- India Women take an unassailable 3-0 lead and clinched the T20 International series against the West Indies Women after they won the third T20 International at the National Stadium in Guyana by seven wickets. 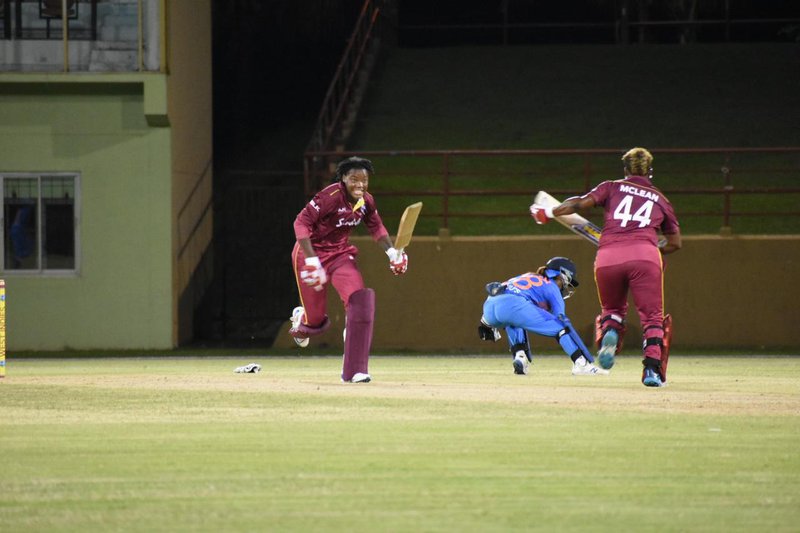 The West Indies Women won the toss and elected to bat first. Once again the top order failed to capitalize on the powerplay overs as two wickets fell. First to go was Hayley Matthews fell for 5, giving Anuja Patil an easy caught and bowl after dispatching her for a beautiful boundary through point. Shemaine Campbelle’s struggle with bat continued she managed a 12-ball 5 runs before she was LBW. Then came Stacy-Ann King’s wicket for 7 in the nineth over. The West Indies Women tottering on 27/3 in ten overs. 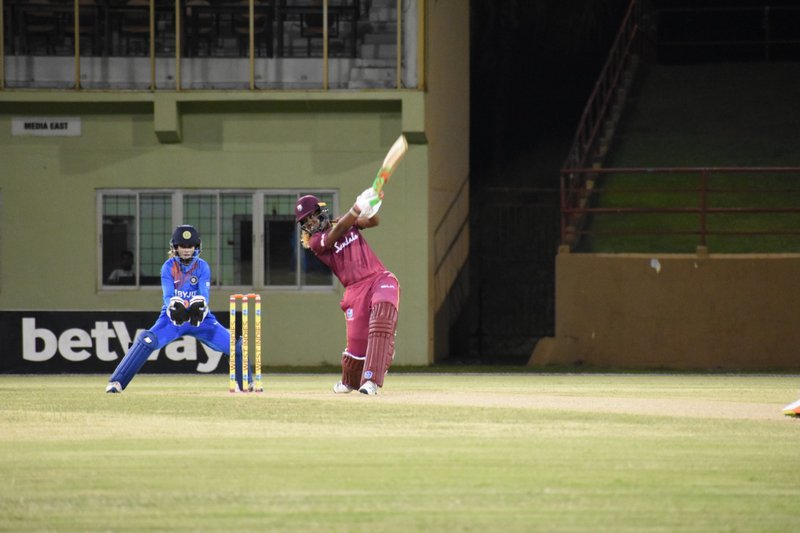 The match was pause as a result of three sets of stadium lights shutting off, however no overs were lost. The West Indies batters used this time regroup and reset their intent and batting plans. Chedean Nation and Natasha McLean returned to the middle but the short break did not provide any change in the batting approach, as Chedean fell shortly after.

It was a progressive slide as the West Indies Women could only muster 59/9 from their 20 overs. Chinelle Henry top scored with 11 off 18 deliveries while Chedean Nation had 11 from 27. Bowling for India, Radha Yadav had 2/6 from four overs, while Deepti Sharma had 2/12 from her spell. 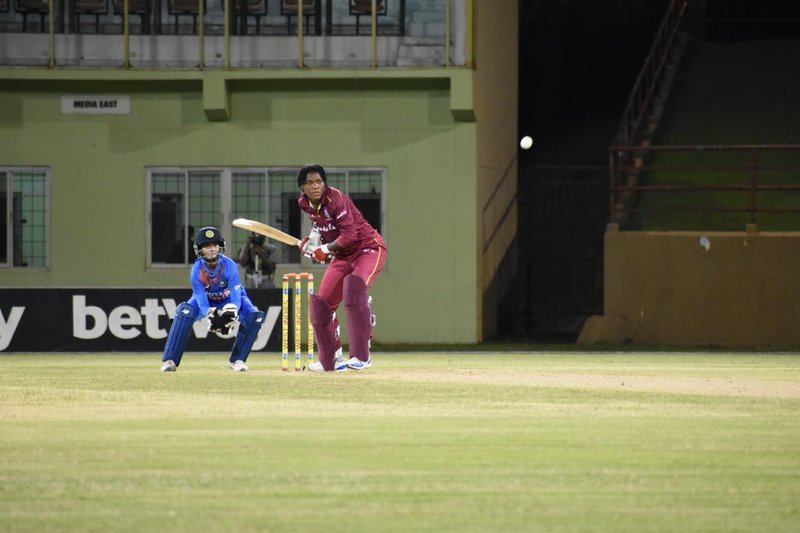 The Indian Women achieved the target easily despite the loss of three wickets. Hayley Matthews accounted for the unstoppable Shafali Verma getting her stumped for

Hayley then had Smriti Mandhana brilliantly caught by Shakera Selman in the cover region, as the West Indies Women picked up some momentum to defend their small total. Harmanpreet Kaur was also caught by Shakera in the deep off the bowling of Afy Fletcher.

India Women winning the third T20 International by 7 wickets. Finishing on 60/3 in 16.4 overs. Jemimah Rodrigues and Deepti Sharma were not out on 40 and 7 respectively. India Women clinching the T20I series with an unassailable 3-0 with two more matches to play at the same venue in Guyana.

Player of the Match: Jemimah Rodrigues