SUPER50 DAY 10: Red Force and Jaguars Triumph in their matches

At Queen’s Park Oval: In a rain reduced 42 over encounter, a classy innings of 93 from veteran Windwards Volcanoes and former West Indies opener Devon Smith, was overshadowed by Chris Barnwell’s 89 in the Guyana Jaguars four-wicket triumph. 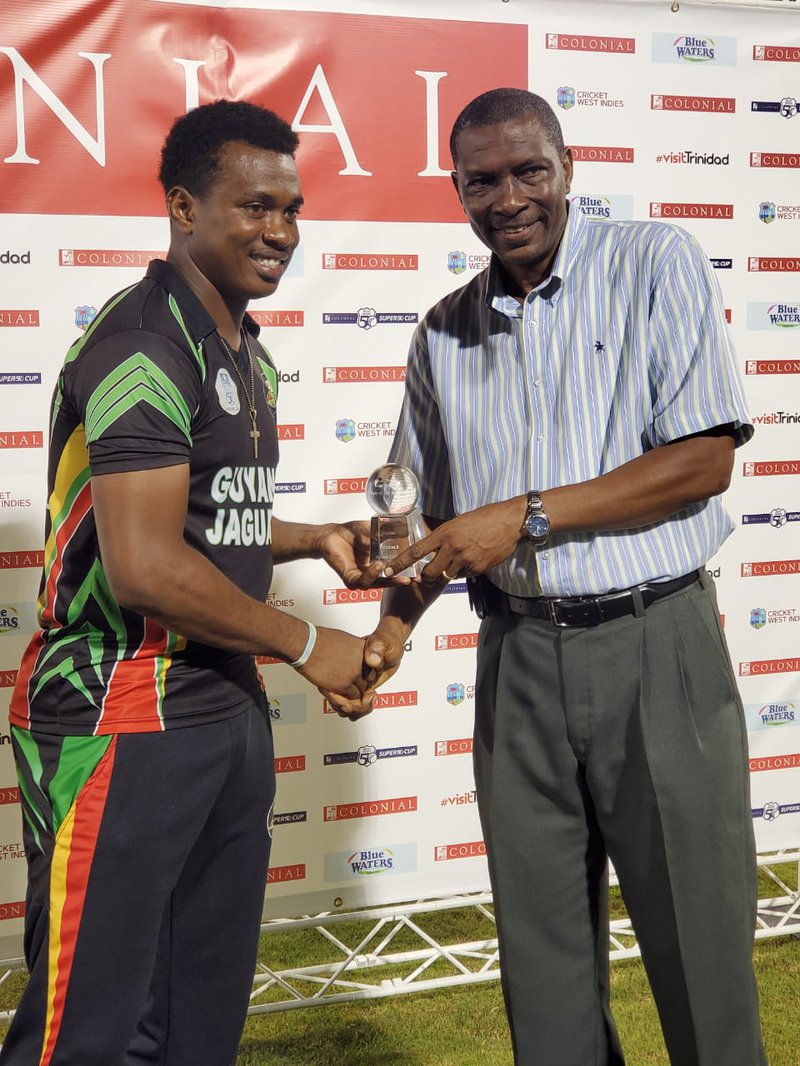 Barnwell‘s innings, 89 from 84 balls, was his ninth half century at List A level. He guided the chase expertly featuring firstly in a 77-run second with opener Chanderpaul Hemraj who scored 40 from 42 balls.

The right-hander who plays for the famous Demerara Cricket Club in Guyana where legends such as Clive Lloyd, Lance Gibbs, Roger Harper plied their trade, added another 53 with Jaguars Captain Leon Johnson (34) and all-rounder Raymon Reifer (45), before he was dismissed with the Guyanese needing 58 to win in the final 10 overs, which they eventually overhauled.

“It was a fantastic win for us, given the competitive nature of the group so far, especially with the West Indies Emerging playing some good cricket. It was important for us to win and stay in the fight,'' said Jaguars coach Esuan Crandon to CWI Media

He continued: “We managed to put together a very good batting display chasing down 250 plus in 42 overs, which is not easy.

“I thought we placed innings nicely. Barnwell played a match winning innings for us and featured in three key partnerships and the other guys supported well.

Last night was a good example of how we want to go about batting as group.”

Crandon who recently coached West Indies A Versus India A, further explained why the rain interruption didn’t affect the Jaguars game plan.

“Not really (rain and reduced overs didn’t change our tactics), we know that the Windwards have very aggressive players and we wanted as much overs to play since they would have been more competitive, the shorter the game was reduced.

Despite the West Indies Emerging players leading Zone B standings, the battle for the top two places are tight with all three sides on 12 points. Crandon shared his thoughts ahead of tomorrow’s clash against the Emerging players.

“The emerging players have probably surprised a lot of people. Probably because the players weren’t selected for their respective franchises, they are playing fearless and smart cricket at the moment”, said Crandon

“We are not going to be taking them lightly. Luckily we had opportunity to play them in our first game and will try to take positives from that win. I think we have to be really aggressive against them with bat and ball and see how it goes from there.”

At Brian Lara Academy: In a similarly rain reduced encounter, this time to 30 overs - Jason Mohammed’s shot filled, fifth list A hundred of 101 from 85 balls (two fours and nine sixes), put the Americans to the sword and powered the Red Force home in a 43 run win.

“We batted really well to get to 240 odd in 30 overs. All round I think we had a good game despite USA getting 200, the conditions were very difficult with all the rain to use the ball”, said the 33 year old former West Indies batsman.

Mohammed entered the crease with the score on 66/3 in the 12th over after Darren Bravo (20) was dismissed for his first sub 50 score of the tournament, via leg side keeper catch from the bowling of off-spinner Steven Taylor. 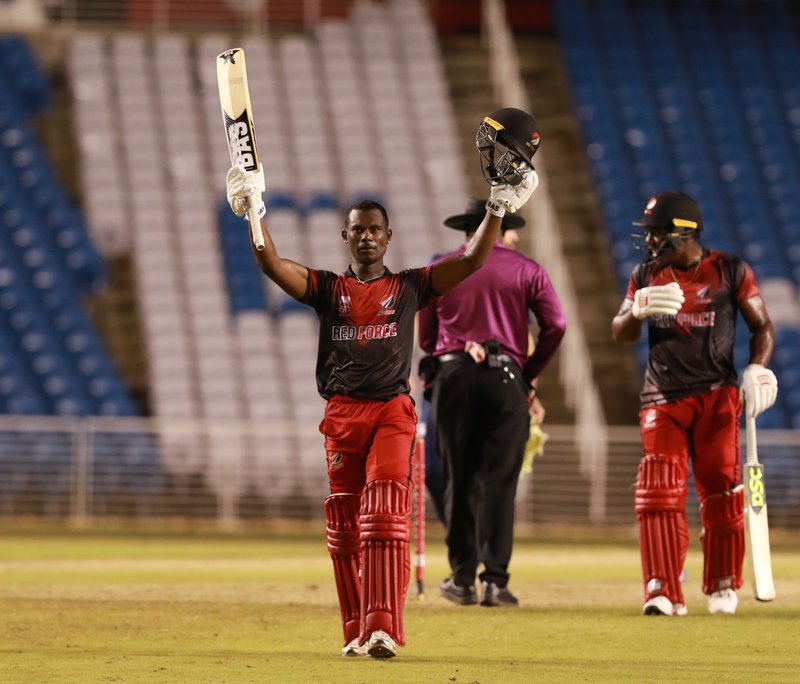 Going into the innings final over, Mohammed was on 85 the score on 222/4. After Odean Smith faced the first two deliveries, then Mohammed smashed slow medium bowler Ian Holland for a boundary and two sixes to bring up his century to the delight of his teammates and small crowd present.

“I hamuch opportunities in tournament, to bat other than the two times. Obviously in a 30 over game that is shortened and I was out there with 18 overs to go.

It wasn’t really a goal of mine (to score a century) although I ended up getting there. It was all about batting as deep as possible into the innings after getting a start.”

The Red Force now lock horns with Windward Volcanoes on Sunday and Mohammed reflected on areas the home side can improve on going forward.

“Our batting has been good so far, bowling at the death has been a bit off however. Think we have been going for too much runs in that period, we need to sharpen on that and improve on our catching.

“Once we do that and have a complete all round performance, we will go far in this tournament.”