NORTH SOUND, Antigua – West Indies conceded a first innings lead of 75 and were held up in their bid to make deep inroads into India’s second innings batting by half-centuries from Ajinkya Rahane and Virat Kohli in the first MyTeam11 Test co-sponsored by Skoda and KEI.

The #MenInMaroon were dismissed for 222, replying to the Indians’ first innings total of 297, and were feeling the pinch, as Rahane, not out on 53, and Kohli, not out on 51, carried the visitors to 185 for three at the close on the third day of the contest at the Vivian Richards Cricket Ground here, extending the leading to 260. 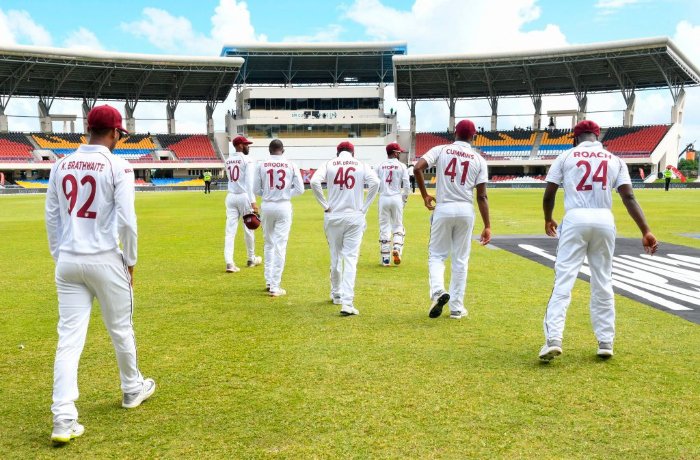 West Indies had their chances break the partnership and remove Rahane, but fortune favoured the India vice-captain twice.

On 17, John Campbell dropped him at extra cover off Roach, whose rotten luck continued when the home team failed to review a not-out decision of umpire Rod Tucker of Australia for an lbw decision with the batsman on 48, which television replay technology suggested the ball would have crashed into middle stump.

Roston Chase, bowling his uncomplicated off-spin, made the breakthrough for the hosts, when he trapped opener Mayank Agarwal for 16, sweeping across the line in the first half-hour after lunch. 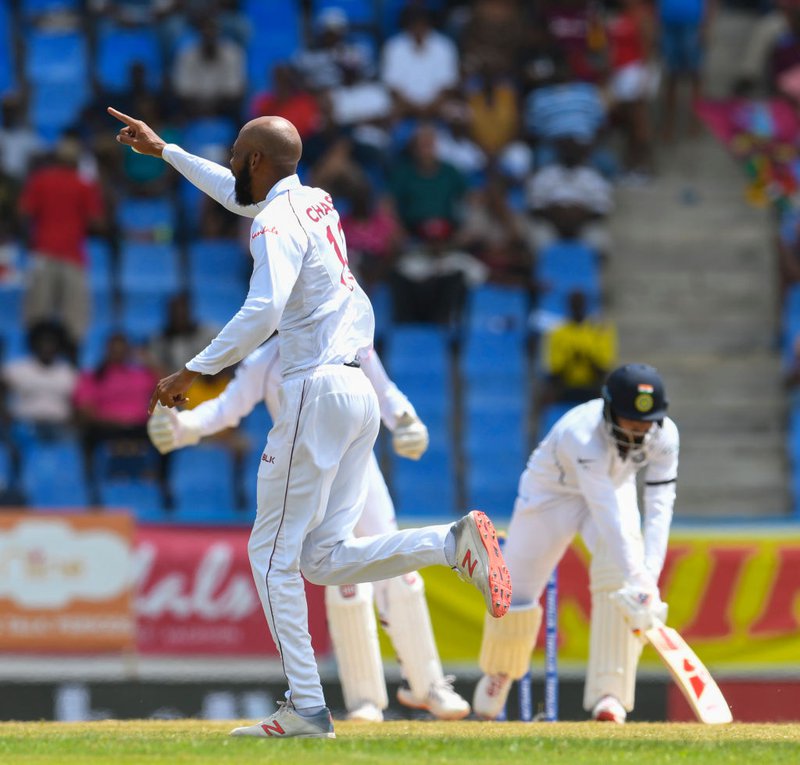 For just over an hour, West Indies met resistance from K.L. Rahul and Chesteshwar Pujara with a stand of 43 before two wickets fell in the space of 10 balls.

Chase bowled Rahul for 38 behind his leg with the batsman attempting a sweep and Roach bowled Pujara for 25, producing a beautiful off-cutter that sneaked through between the batsman’s bat and pad and hit the top of the stumps.

West Indies tails were up, as India were wobbling on 81 for three, but Rahane came to the crease and with Kohli soaked up the pressure, and grinded their way through until the close in an unbroken fourth wicket stand of 104.

Earlier, West Indies were bowled out about 45 minutes before lunch following defiant batting from their captain Jason Holder and tail-ender Miguel Cummins, after resuming from their overnight total of 189 for eight.

Holder made 39 before he was caught behind off Mohammed Shami and Cummins was last man out bowled by left-arm spinner Ravindra Jadeja, but not before earning the ignominy of the most balls faced (45) for a duck in Test by a West Indian, surpassing Keith Arthurton’s 40 against England 24 years ago at Lord’s.

Holder and Cummins however, added a highly valuable 41 for the ninth wicket that helped the Caribbean side significantly reduce India’s lead.