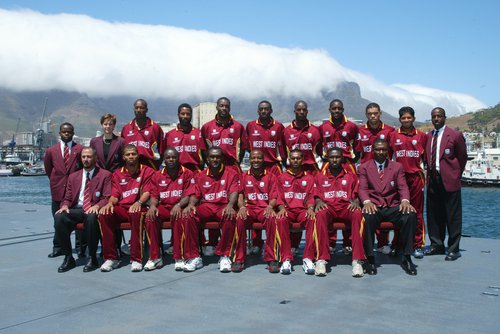 Before the 2003 World Cup hosts South Africa were seen as hot favorites. Alongside Pakistan they were the only other team to beat defending champions Australia in a bilateral series after the 1999 World Cup.

West Indies on the other hand had a morale boosting 4-3 series win against eventual 2003 World Cup finalists India, without Brian Lara present.

Mervyn Dillon: Leading up to the World Cup, the batting was definitely our strength. Chris Gayle and Wavell Hinds was an ideal opening pair. Further, we had the experience of Brian Lara, Captain Carl Hooper, Shivnarine Chanderpaul and Ridley Jacobs and exciting young batsmen in Ramnaresh Sarwan, Marlon Samuels and Ricardo Powell.

So while our bowling group couldn’t match up to that batting talent, the India series win gave us the confidence going into the 2003 World Cup that we had formulated the right plans to keep teams honest. 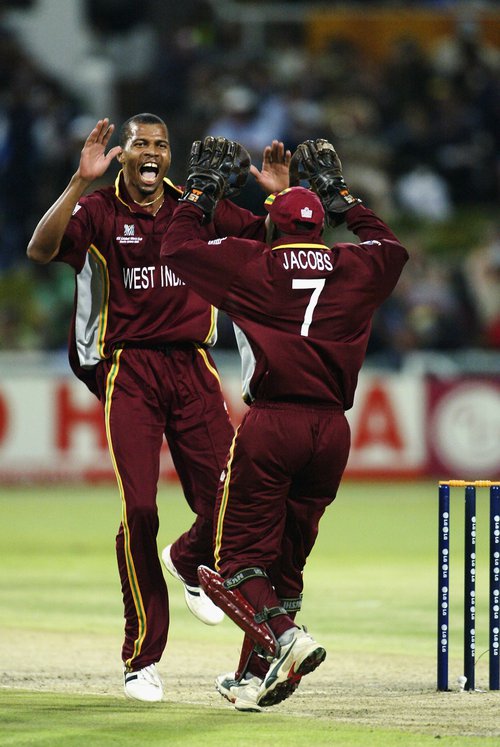 Roger Harper: We knew the World Cup opener was a big game and all eyes was going to be on us. But the group was really focused for that game and believed if we maintained the form from the India tour win, we could win the game and we did, in the end.

Pedro Collins: That India series was one of the highlights of my career, I learnt a lot as a bowler out there bowling against top batsmen on flat pitches and I took that into the World Cup.

Six months earlier during the 2002 ICC Champions trophy in Sri Lanka, West Indies lost a last over thriller to South Africa. However the World Cup game wasn’t seen as a revenge match according to the quartet.

Mervyn Dillon: No revenge, rather for me, what got me pumped up for the game was the occasion and honour of playing in front of Nelson Mandela given his role as a great black leader.

It was an amazing game overall, one of the favourite 50 overs games I played in. We went into the game with the mindset that there was no pressure on us as underdogs, but rather [the pressure was on] South Africa as one of the pre-tournament favourites considering the big name players in their ranks.

Roger Harper: We had learnt from the South Africa Champions Trophy loss, in our planning for the World Cup fixture. Our bowling at the death in that game was what cost us and the adjustment we made was one of the key reasons why we won the Cup game.

Ramnaresh Sarwan: Rather than revenge, I would say even in those days, we were aware of the possibility in big World Cup and tournament games South Africa could panic a bit and hoped to use it to our advantage.

South Africa were in total early control of this fixture in Capetown in front of a reported 24,200 local fans.

Both openers Gayle and Hinds were dismissed in the opening five openers and at the 25th over half-way mark, West Indies were struggling at 67 for 2.

Mervyn Dillon: South Africa bowled brilliantly at the start with (Shaun) Pollock and (Makhaya) Ntini getting Chris and Wavell out and they really kept a lid on our scoring in the first 20-25 overs.

Brian, with his brilliant innings, followed by the finishing efforts of Sarwan and Powell really helped to fight and post the competitive total.

When we speak about one-day cricket and the game’s context when Lara came out to bat, it has to be rated as one of his finest innings in the format.

Roger Harper: The team had a slight set-back with Marlon Samuels having some back injury issues and he didn’t come with the team initially to South Africa. So while, yes, it prevented a difficult, initial selection decision of which batsman to drop, considering his series winning century in India - a fit and focused Lara slotted back seamlessly into the side.

Considering how things panned out, West Indies could not have asked for a better batsman to be present to help recover the innings.

The team knew that if we saw out that difficult period and kept wickets in hand, there was a chance to score off the back-up South African bowlers and post a respectable total.

Only thing we didn’t expect was the magnitude of our recovery. Lara, Chanderpaul and Hooper expertly saw off the Pollock and Ntini threat and gradually began to score freely off the other bowlers. I recall even Pollock being expensive in his second spell.

That rebuilding partnership, allowed us to have the brilliant late finish by Sarwan and Powell.

Ramnaresh Sarwan: It was a really good knock by Lara. Even though he got off to a slow start, not just us but any team in such a situation would have preferred to have a player of Brian’s caliber trying to bail us out. The longer he was out there made the rest of us coming out to bat feel calm.

We didn’t have much of a choice but to score quickly when I came out to bat. I recall my initial intention was getting icardo (Powell) the strike regularly, but I ended up getting a good momentum myself and together we did a good job of upsetting the South African bowlers lines and lengths.

Klusener, man of the series in the 1999 tournament in England, stood in the West Indies way after South Africa were restricted to 160 for six. He should have been out on 31, but Collins, taking a catch on the boundary, stepped on the rope. 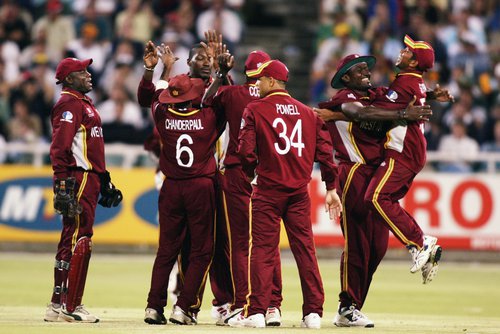 A good penultimate over, bowled by Collins, resulted in only five runs, leaving South Africa requiring nine off the last over, bowled by Vasbert Drakes. Klusener mistimed the third ball, lofting it into the deep for Hooper to take a low catch inside the boundary. Ntini hoisted the fifth ball into the deep for Ramnaresh Sarwan to speed around the cover boundary to secure a famous West Indies win.

Mervyn Dillon: We found, from playing South Africa in the Champions Trophy, a potential way that we could target Lance Klusener by bowling short to his body and preventing him from having the freedom to swing either to the on and off sides.

Pedro Collins: I remember my major error of catching Klusener and standing on the rope. But fortunately the guys rallied and got us over the line due to excellent death bowling.

Ramnaresh Sarwan: I remember the catch very well. Initially when Ntini hit the ball, it looked as if it was going for six, but eventually I kept running and took the catch. How the team reacted, everyone remembers, and it was the perfect start to our World Cup campaign. 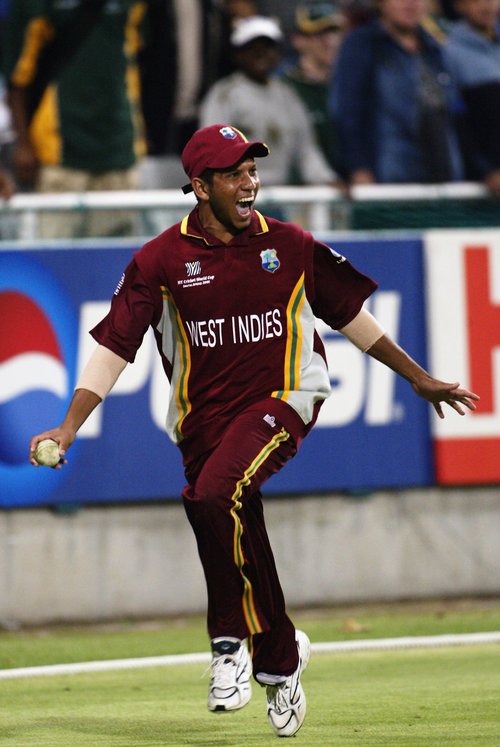 Take a look on the scorecard here.