WORCESTER, England- Rain wrecked havoc on the West Indies Women’s plans to level the three-match Royal London ODI series against England Women in Worcester. They lost the match by 121 runs via the Duckworth, Lewis and Stern method in a match with reduced overs. 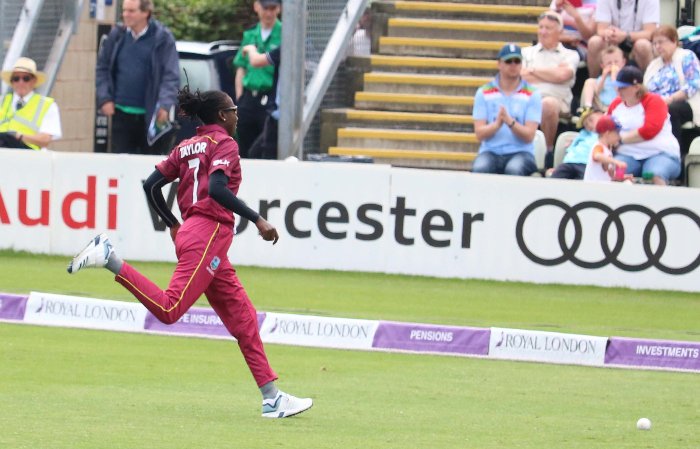 England captain Heather Knight chose smartly when she won the toss and elected to bat first, as meteorologists forecasted rain to start at noon, falling sporadically during the afternoon and they were accurate. As there were several rain interruptions, which first reduced the match to 41 overs per side.

Batting first, England posted 233/7 from their 41 overs. The West Indies Women had a much improved showing with the ball as they contained the English batters until the ending overs. Afy Fletcher took a stronghold of the English middle order as she had two wickets in two balls, she finished with 3/48. 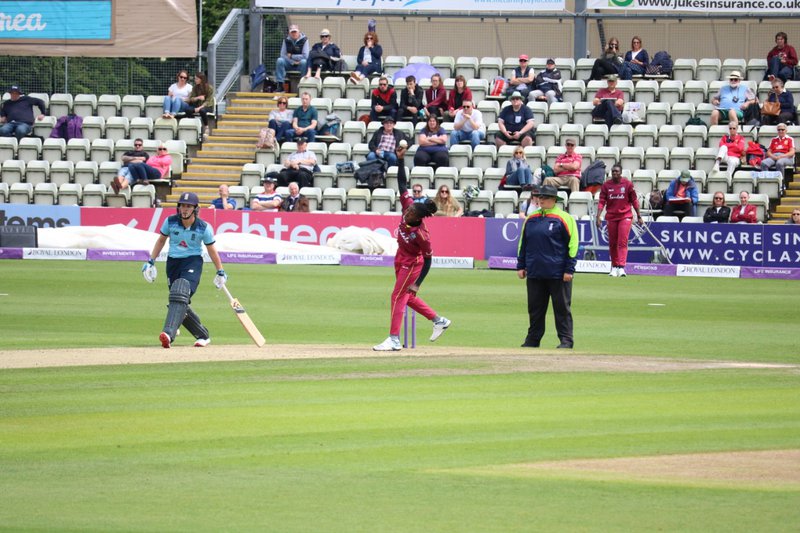 Chasing a revised Duckworth Lewis and Stern target of 244 from 41 overs, the run chase started off relatively well for the Caribbean ladies, as Hayley Matthews looked set to take charge of the innings. However 2 quick wickets of Hayley and Britney Cooper slowed the momentum of the team.

The match suffered another rain stoppage which further reduced the overs and a revised target was set at 177 runs from the remaining 15 overs of the allotted 28. It proved to be too much for the West Indies Women to conquer, as not even captain Stafanie Taylor and the resistence of Shemaine Campbelle could have reached the target score.

Speaking after the match, Hayley Matthews said that despite the series already being lost, the team is still going in search on Thursday of the last two points up for grabs.

England won the toss and elected to bat first

Anya Shrubsole was Player of the Match

The West Indies Women who are currently seventh (7th) on the ICC Women’s Championship points table with 11 points, will play England Women on June 6, 9 and 13 in three (3) One Day Internationals, then three (3) T20 Internationals on June 18, 21 and 25.