A fantastic match on Day 8 of this 2019 Cricket World Cup saw the West Indies lose narrowly to Australia. A 15 run loss for Jason Holder's side came after a thrilling contest, marked by some excellent cricket on both sides.

The day started dramatically, with another early barrage from Sheldon Cottrell and Oshane Thomas removing both Australian openers for single-figures. Their average speed in the first five overs was 137kph, the fastest they've bowled at the start of an ODI since December 2017.

Early wickets brought Usman Khawaja to the crease, who played a very poor innings. He faced an intense period of short pitched bowling, playing six false shots in his first 18 balls, before nicking off to the 19th. 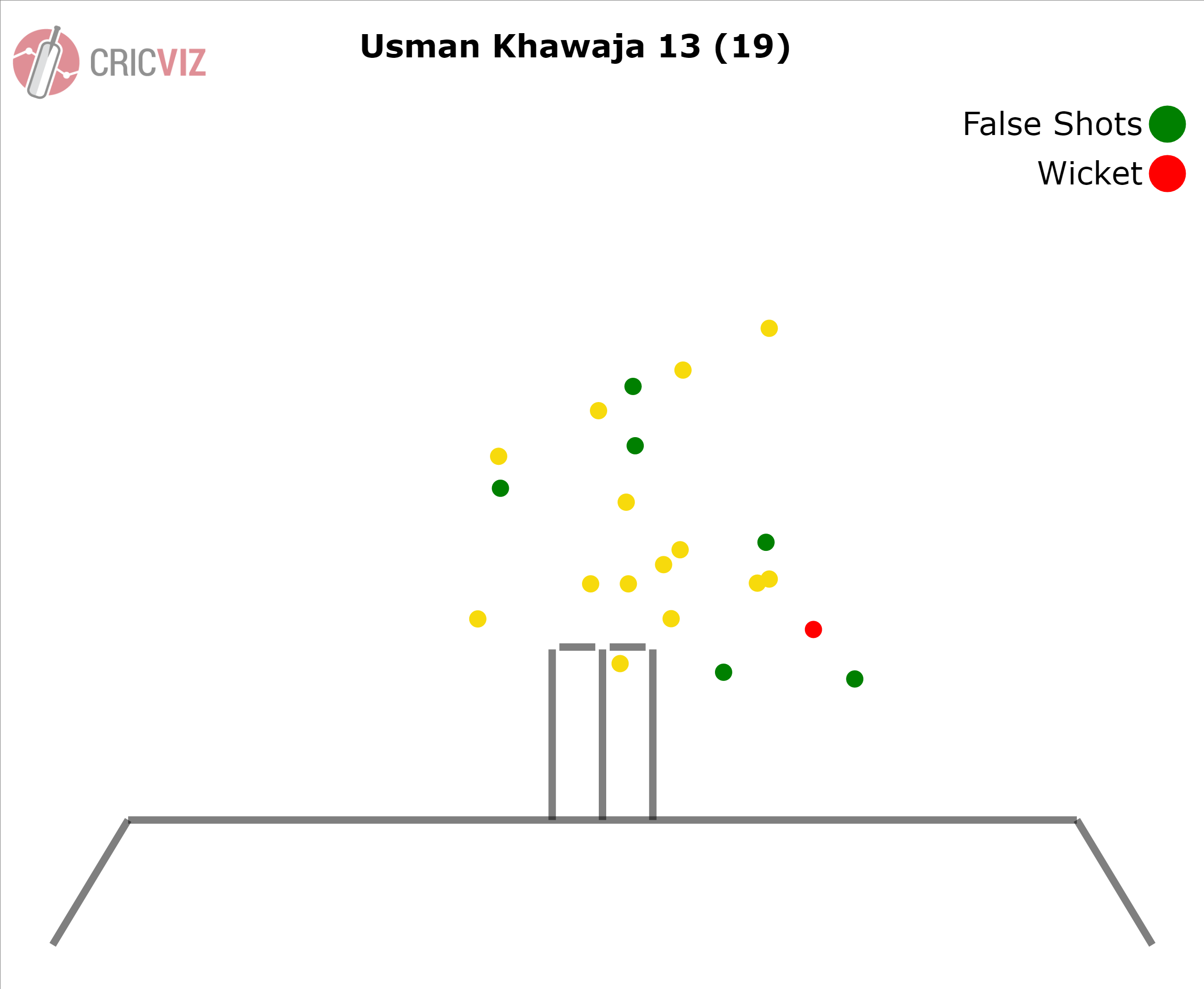 Steve Smith lead the recovery for Australia, alongside wicketkeeper Alex Carey. The West Indies struggled to bowl effectively to Carey, who historically has been strong square of the wicket, both through the legside and the offside, yet Holder and Brathwaite strayed too wide and too straight, feeding that strength. 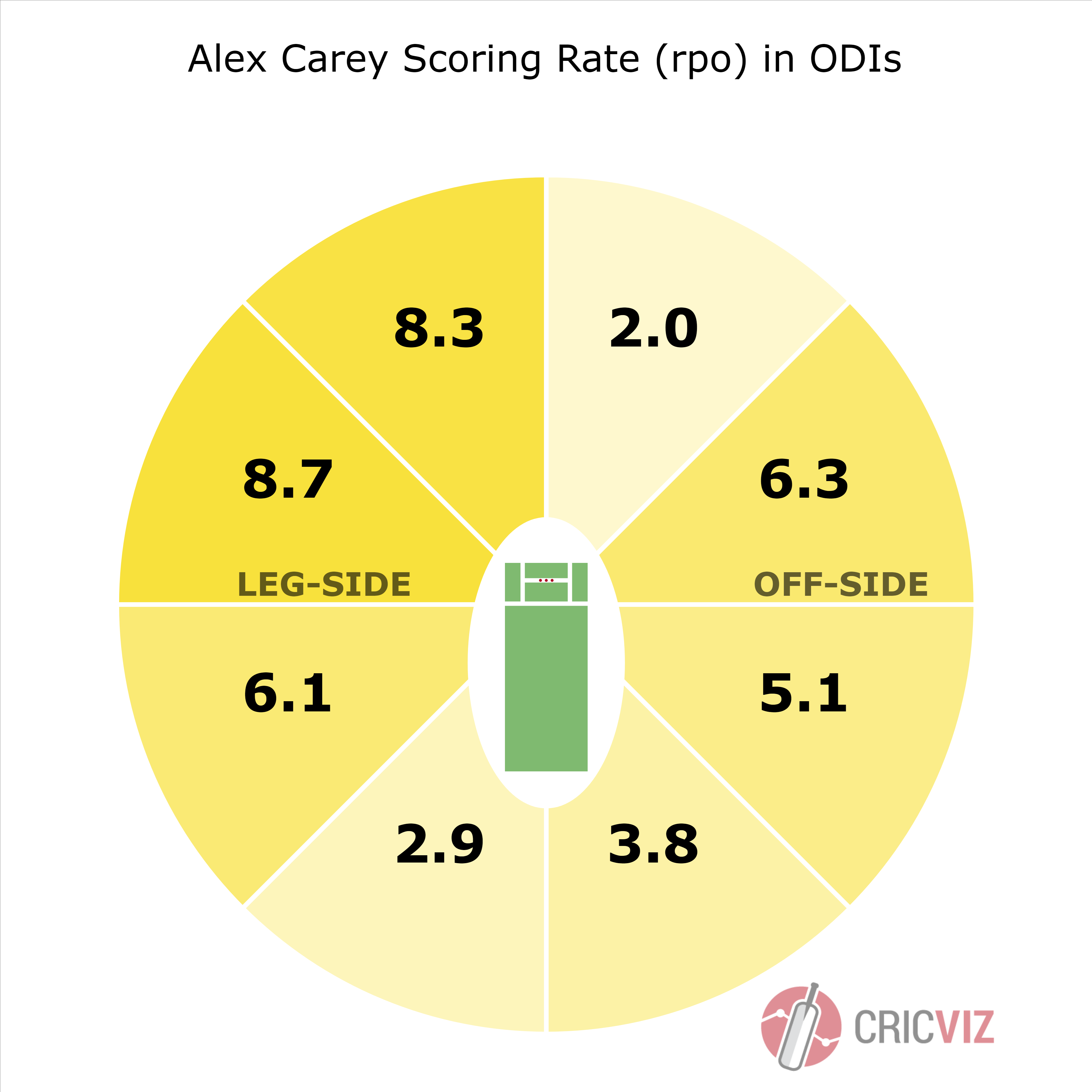 Smith was eventually removed by a remarkable catch from Cottrell on the boundary, and so the burden of setting a total fell to Nathan Coulter-Nile. He responded by posting the second highest score by a No.8 in an ODI, and his own personal highest score in professional cricket. 92 (60), before being finally caught at long-on holing out, was enough to drag Australia up to 288. 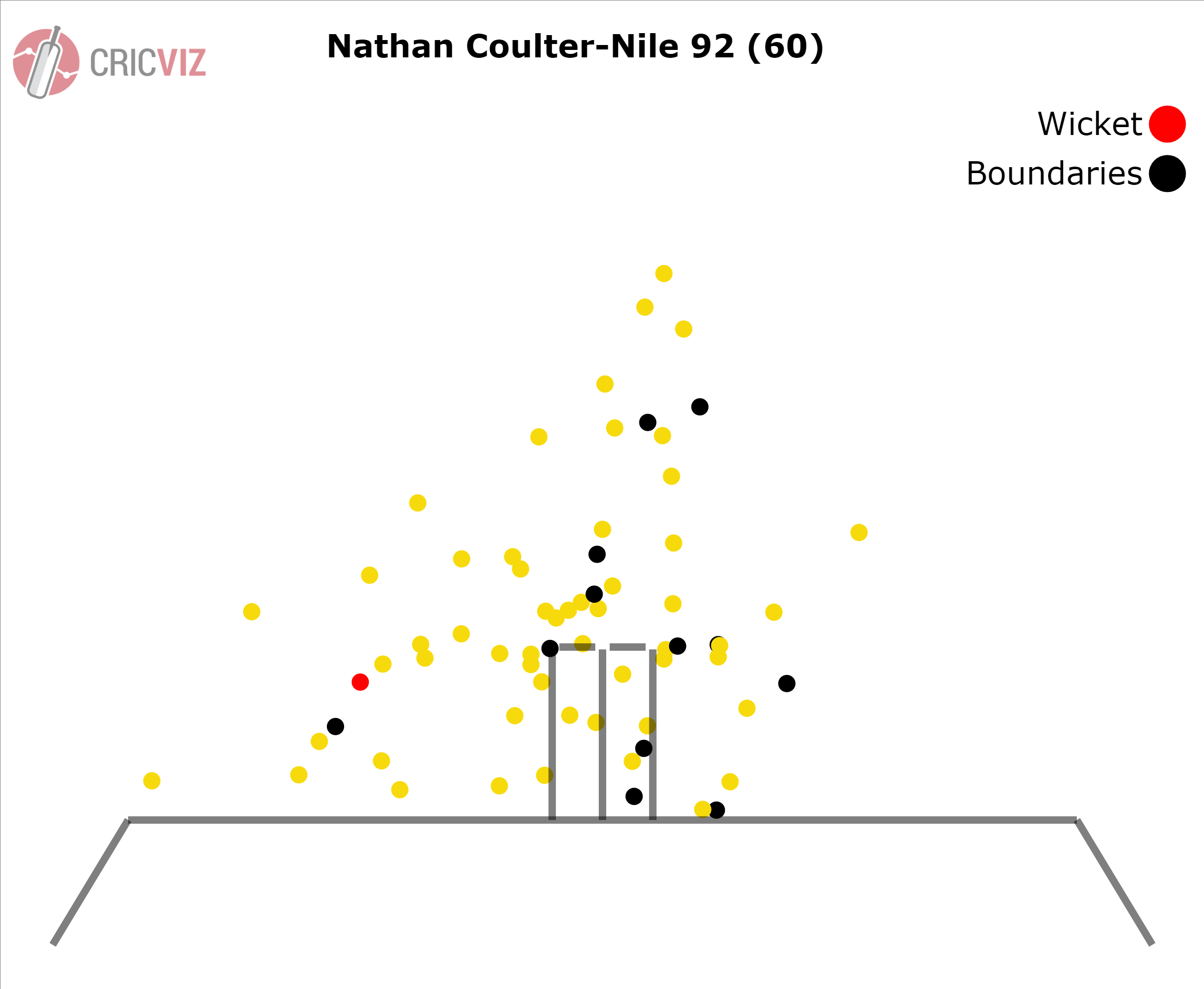 In reply, Windies got off to a mixed start, losing Evin Lewis early. Chris Gayle's innings was eventful, overturning several 'out'-decisions from the umpires, remaining at the crease just long enough to bludgeon 21 from 17 deliveries.

Without Gayle, Shai Hope's innings formed the backbone of the chase, the Windies No.3 playing a controlled and reserved 68 (105), during he attacked just 45% of his deliveries.

Hope allowed Nicholas Pooran and Shimron Hetmyer to bat around him, doing the bulk of the ball-striking, and a partnership with the latter was only broken by an unfortunate run-out.

The lower-order again briefly looked as if it would be able to take the Windies over the line. Andre Russell - still carrying the effects of an injury sustained in the field - was seemingly unable to run between the wickets effectively, and scored all of his 15 runs through attacking strokes. He eventually holed out to Glenn Maxwell, who took a good catch running backwards from a Russell top edge.

Jason Holder's half-century was composed and necessary, but he eventually fell to Mitchell Starc in the same over as his partner Carlos Brathwaite. Both set batsmen were looking capable of getting the victory, but the Australian left-armer was getting the ball to reverse, more than 1.5° as an average for his final spell. He was too good for them, and the chase fell dramatically short.

The Windies will now travel to Southampton for their match against South Africa on Monday 10th June.