Despite the MyDream11 Test series loss to India, the one consistent factor around the Test team since 2017 has been the performance of fast bowling trio Kemar Roach, Shannon Gabriel and Captain Jason Holder.

http://www.espncricinfo.com/story/_/id/27429857/how-west-indies-became-fast-bowling-paradise-again - they were the top three test wicket takers since April 2017, averaging an excellent combined 19.74 as a bowling trio.

Two young fast bowlers from the Caribbean with international ambitions hoping to join the West Indies ranks and to learn from Roach, Gabriel and Holder are Barbados and Guyanese duo Chemar Holder and Romario Shepherd. 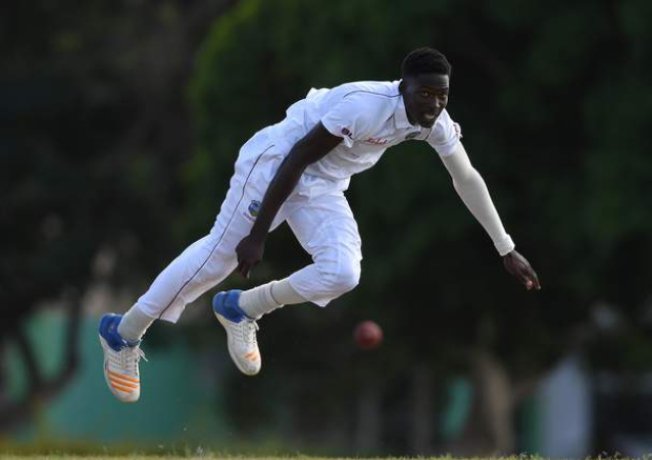 Shepherd took three (3) wickets at 28 in the singular four-day test he played, but was the leading wicket taker in the One-Day matches claiming seven (7) wickets at an average of 19. 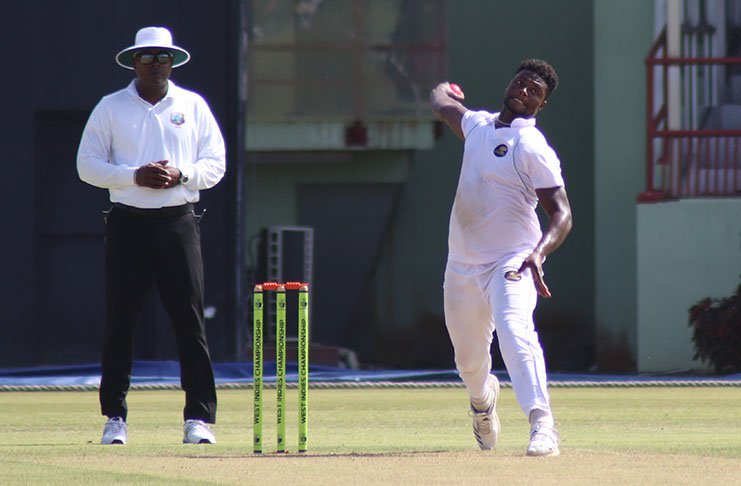 The pair spoke to CWI Media about their reflections playing in the India A Series.

CWI Media: What was the biggest challenge bowling to India A batsmen compared to domestic players?

Chemar: It was a big difference in terms of level of cricket. Most of them have had exposure to international cricket, so as bowler it required me to stay patient with my plans for much longer.

Whatever is the horizon now whether its CPL, next domestic season, another A tour or a West Indies call up, I’m now hoping to take the confidence and what I've learned from India A series into the future.

CWI Media: In the victorious 2016 West Indies Under-19 World Cup team, the Caribbean saw you form an exciting young new ball partnership with Alzarri Joseph, who has now progressed to the West Indies men’s team including taking part in the recent Wisden Trophy Test Series win against England.

What is your relationship like with Alzarri and do you use his rise as motivation?

Chemar: I've been very happy to see how Alzarri has progressed since the 2016 Under-19 World Cup. We are good friends and talk all the time about fast bowling and general life stuff and he has always been pushing me to improve my game.

CWI Media: For fans in the Caribbean who may not have seen you bowl, what would you say are your strengths as a fast bowler?

Chemar: I’m a bowler that aims to do the basics well to the benefit of my team. That is being patient, hitting a line and length. Being young, if I get the opportunity to play Test cricket for the West Indies, it would also be about learning and supporting the good work the likes of Roach, Gabriel, Jason have been doing.

CWI Media: You have been part of the successful Guyana Jaguars winning team. How does it feel to be the leading wicket taker against India A, in your first West Indies A team series in the Caribbean?

Romario: First off all doing well versus India was very significant personally, because I've watched most of their players over the years in the IPL and was very much aware of their great abilities as batsmen.

CWI Media: What was the biggest challenge bowling to the Indian batsmen that you encountered?

Those guys can hit one ball into different areas. For example, guys like Manish Pandey and Subman Gill are not afraid to use their feet against us pacers and go over the top. You don't really get that with Caribbean batsmen.

CWI Media: Despite being mainly a bowler, many keen cricket observers in Caribbean have spoken about the batting ability they see in you. What’s your own view on your batting ability?

Romario: I’m a bowler first, but take my batting seriously and is constantly seeking to improve in that area.

At this point in my career, I'm mainly focused on being consistent with both my bowling and batting. I believe once I do that, it will be enough for the West Indies selector to pick me one day.