PORT OF SPAIN, Trinidad – Cricket West Indies (CWI) today confirmed the start of the recruitment process for a permanent West Indies men’s team Head Coach, announcing a new selection structure and policy as well as confirming the appointment of Kieron Pollard as the new “white ball” captain for the West Indies One Day International (ODI) and T20 International (T20I) squads.

This follows a comprehensive review by CWI’s Selection Task Force into the selection process and system for all West Indies cricket, with all the recommendations approved by the CWI Board of Directors at the quarterly meeting, held for the first time in Tobago on September 7 and 8.

As a result, CWI announced that they will be advertising the Men’s Head Coach role with immediate effect inviting applications before the September 20 with the aim of having a permanent Head Coach in place for the forthcoming away tour against Afghanistan. 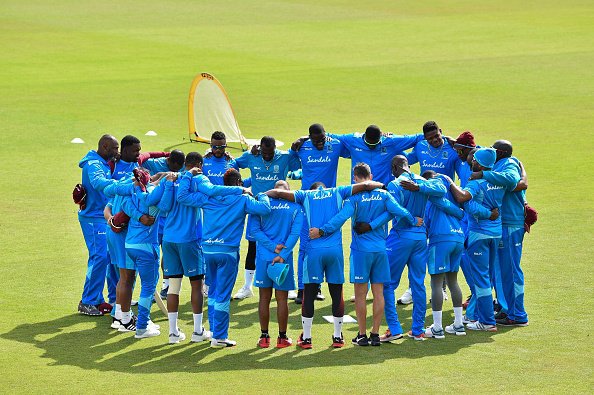 The new CWI selection system will introduce new team-specific selection panels for the West Indies men’s and women’s and Youth teams. This will comprise a Lead Selector (lead selector), a selector and head coach. These full-time selectors will be supported by a selection analyst to provide performance data to support selection considerations plus a minimum of three scouts to ensure cricketers throughout the region are closely watched and evaluated.

A modernised, transparent selection policy will see players selected against six criteria: form and performance, fitness (based on a new approved fitness and conditioning policy), team balance, mental capacity, technical ability and commitment. The playing XIs will then be selected by the Lead Selector, Head Coach and Captain.

The Selection Task Force also recommended the immediate introduction of “red ball”and “white ball” captains to support a long-term strategy to focus on the different formats of international cricket. Kieron Pollard is being appointed “white ball” captain for both the ODI and T20I teams with Jason Holder continuing as “red ball” captain for the Test team as CWI seeks to see an improvement in performances and therefore ICC World Rankings as part of the long-term development strategy.

On the transformational decision to appoint Kieron Pollard as West Indies joint ‘white ball’ cricket captain, President Skerritt said: “Pollard is the right man at the right time to strengthen our readiness for global competitiveness in ODI cricket, and for defending our T20 World Cup crown next year. Without the extra load as captain, Carlos still has the opportunity to play huge roles in both versions of the game, and Jason can step up to the next level in T20 cricket. We wish them both massive personal success going forward.”

On the Selection Task Force Process and Recommendations, Vice President Kishore Shallow said: “The end product in the form of eight major recommendations is grounded in a comprehensive methodology encompassing the feedback of some 2700 stakeholders. This is a defining document that represents momentous progress for West Indies cricket.”

On recognising the contribution of Jason Holder and Carlos Brathwaite, Director of Cricket Jimmy Adams said: “I would like to place on record the significant contributions and leadership that both Jason Holder and Carlos Brathwaite have provided the West Indies ‘white ball’ teams and we look forward to both players focusing on their own games and enjoy the freedom of playing with the reduced responsibility.”

On his appointment as West Indies white ball Captain, Kieron Pollard said: “I’m truly honoured to be appointed Captain of the West Indies and I would like to thank Cricket West Indies’ Board of Directors for placing their faith and confidence in me. I can’t wait to work with the coaching staff and players as we start building to2wards future World Cups and give the fans more reasons to get behind the team.”

Join in on the conversation. See what everyone else is saying and share your views too. 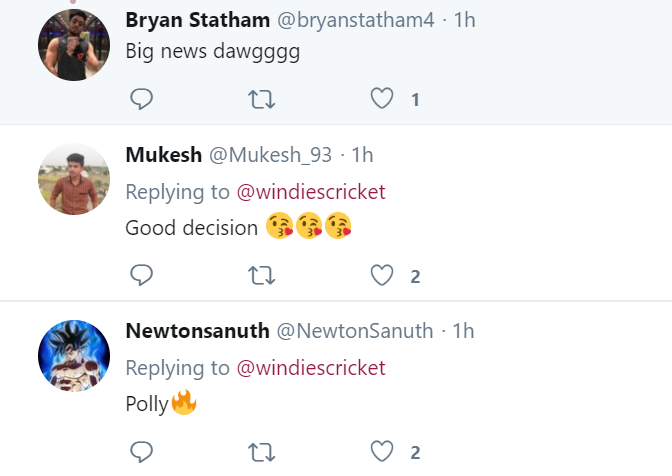 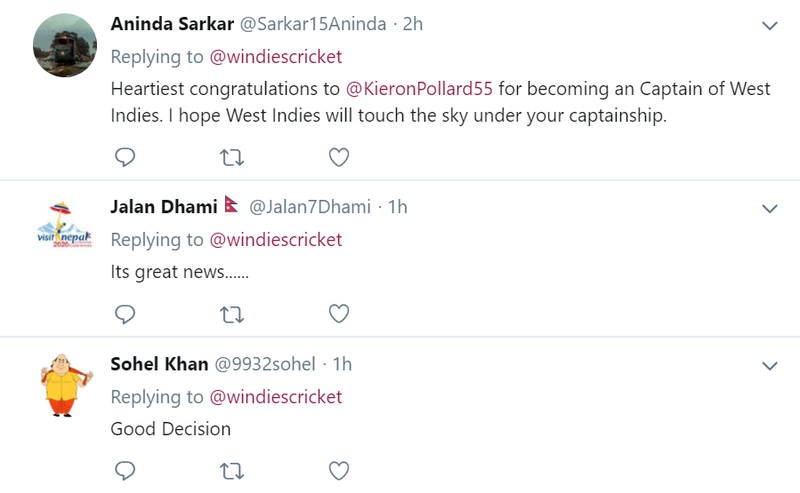