DUBLIN, Ireland- Hayley Matthews saved the best for the third and final match of the Hanley Energy T20 International series between the West Indies Women and Ireland Women at the Pembroke Cricket Club in Dublin, scoring her maiden T20 International century to finish the innings on 107 not out as the West Indies Women posted 188/1 from their 20 overs.

Hayley took a liking to the Irish bowlers as she smashed them around the ground bringing up her maiden century in 59 deliveries, which included 7-fours and 9-sixes. She took charge after the fall of Britney Cooper’s wicket with the score on 26. Chedean Nation joined Hayley and the pair posted the highest T20 partnership by the West Indies Women, of 162 runs. Chedean scored her second T20 half-century, she matched Hayley shot for shot, her 63 not out included 6-fours and 2-sixes.

IRELAND WOMEN won the toss and elected to bowl first

Matthews was awarded Player of the Series: 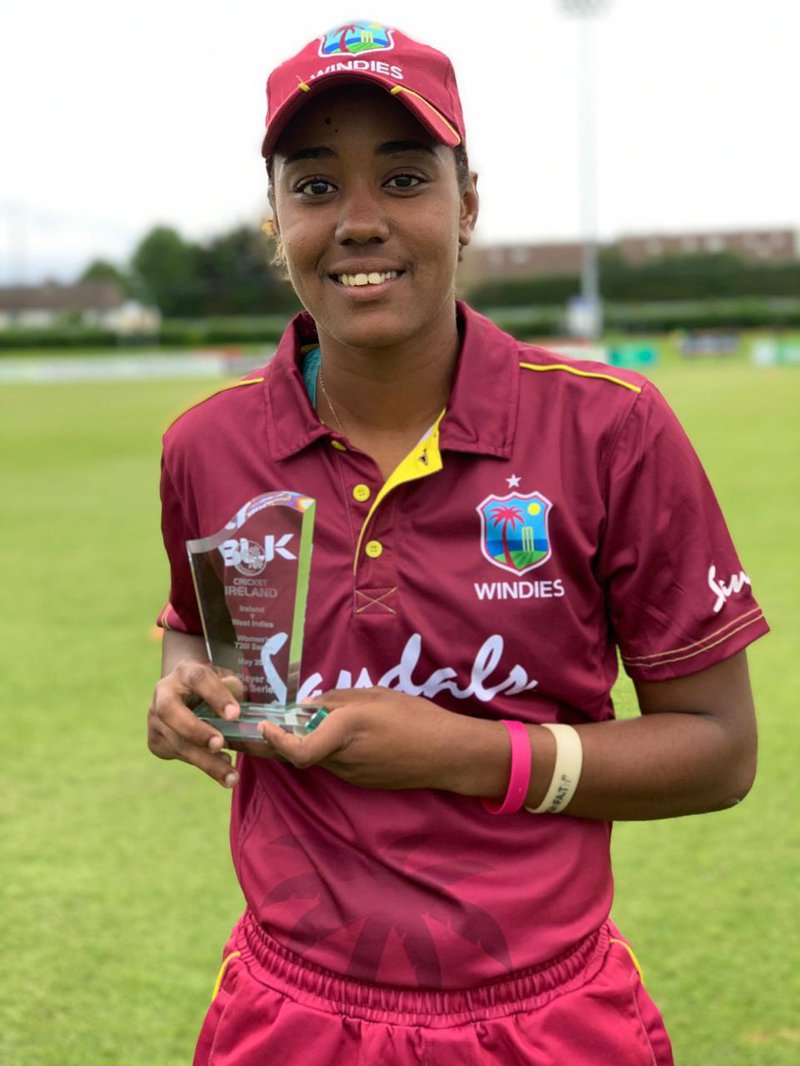 Want a look back at the action of the IREW v WIW game? View FULL Match here: