While the Men’s Cricket World Cup opening party got under way on the Mall in central London, just up the road the expectant captains got a royal audience in a very grand “pavilion”.

The Queen and Prince Harry got the lowdown from the skippers who will be contesting 48 matches around the England and Wales in the next six weeks, starting with England taking on South Africa at the Oval on Thursday. 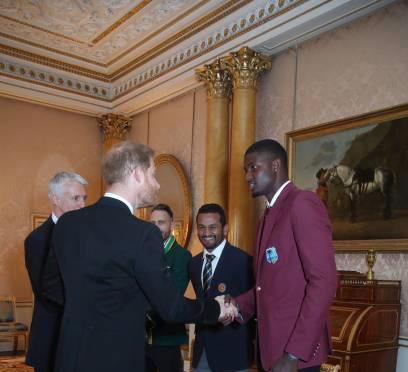 Caribbean fans will be gripped to the action when their beloved West Indies opening their campaign against Pakistan on Friday at Trent Bridge. The Captains had an audience with Her Majesty at Buckingham Palace and during the visit they posed for photographers and shared stories about their game and their desire to lead the best team in the world. 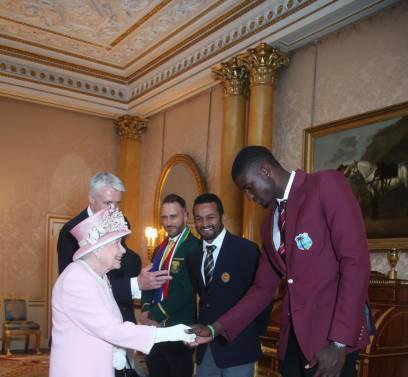 Swapping their colourful kits for smart blazers, they enjoyed a break from preparations at an evening garden party, before parading in front of their flags and an excitable crowd as cricket stopped traffic on London’s most famous thoroughfare. The Mall then hosted a game of street cricket with legends of the sport, including Sir Vivian Richards, Anil Kumble and Brett Lee, joined by a cast of celebrities including Nobel Prize winner Malala Yousafzai and Olympic gold medallist Yohan Blake from Jamaica. 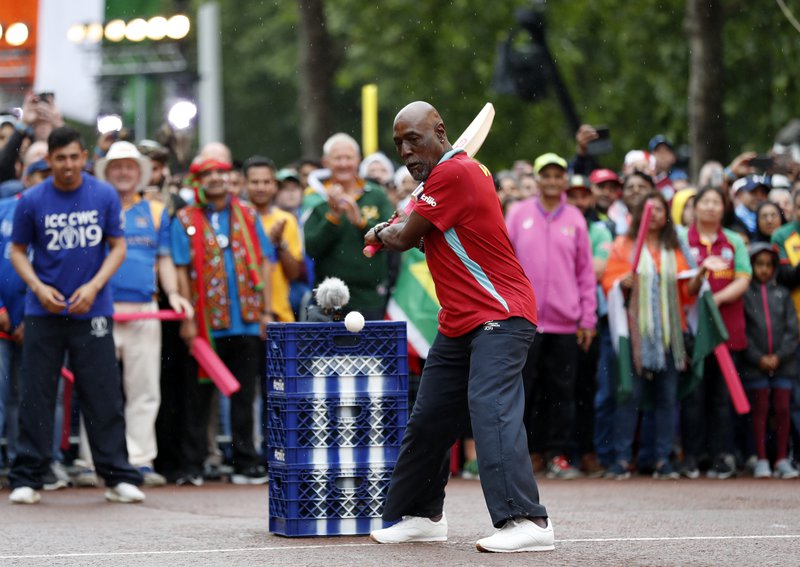 Sir Viv got a loud cheer and huge applause when he was introduced to the spectators. He said it was great to be part of the build-up to the marquee event which runs from May 30 to July 14, when the final will be played at Lord’s. A West Indies hero in 1975 – with magnificent fielding and again in 1979 – with one of the game’s greatest batting display –Sir Viv is indeed the king of the World Cup stage. 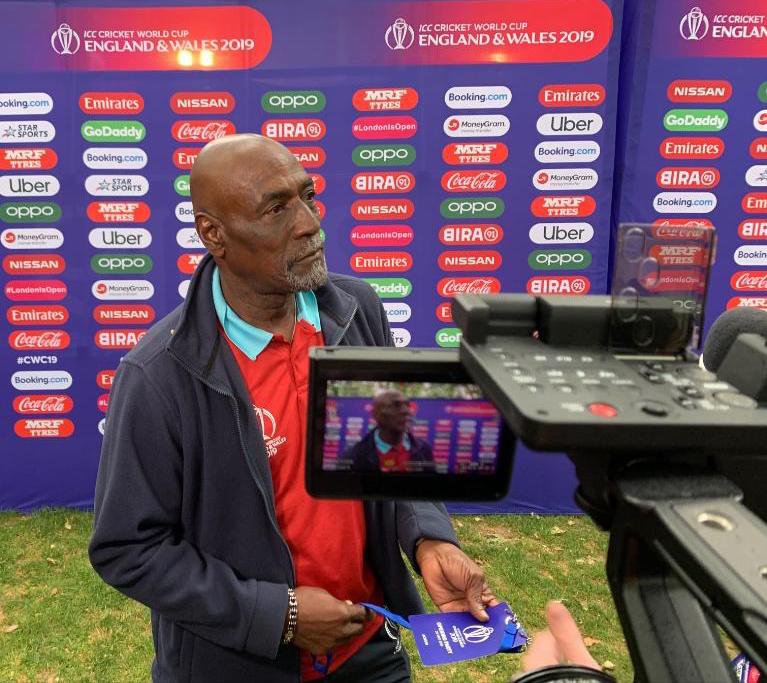 “It’s World Cup and there’s no bigger stage for players to showcase their skills and let the entire world know what they’re made of,” he said.

“It’s about representing your country and your people and being counted. As the saying goes ‘it’s where the tough gets going’. Here in England is one of the best places to play the game, with lovely facilities, great conditions and we know the entire world will be watching. Starting tomorrow we will see who has the mettle and mental strength to go all the way and lift that trophy at Lord’s.”

Michael Clarke, Australia’s winning captain four years ago, delivered the World Cup, which has spent the last 100 days visiting communities up and down the country.

“Some of the greatest memories of my career were playing in this competition so to have been able to have held this trophy up as captain in 2015 was very special,” said Clarke. “I think there’s five or six teams that can win it. England are in great form and their preparation has been outstanding so they are obviously the favourites,” he finished.