DUBLIN, Ireland- Stacy Ann King starred with both bat and ball as the West Indies Women defeated Ireland Women by 45 runs in the second match of the Hanley Energy T20 International series at the Pembroke Cricket Club in Dublin, when they defended 157/6 (20 overs) to Ireland’s 112/6 (20 overs). 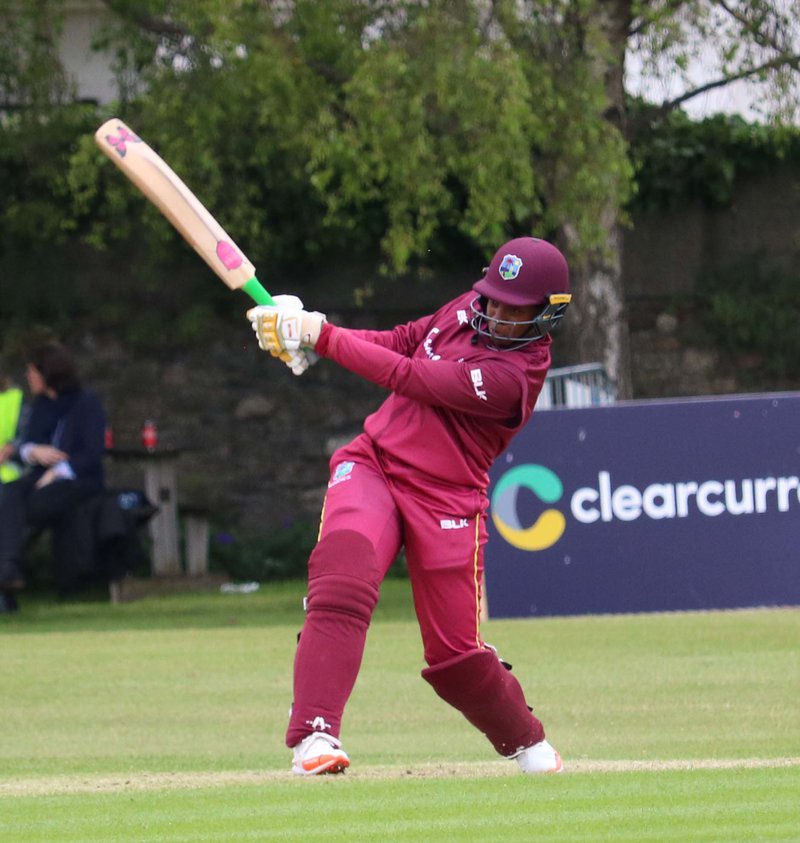 Stafanie Taylor won the toss again for the West Indies Women and elected to bat first in freezing conditions. Despite the sunshine, the temperature dipped to 13 degrees celcius but Hayley Matthews and Britney Cooper were blazing bats from the first ball. The pair posted 32 runs in 3.4 overs before Britney got cramped for space only to send a return catch to Kim Garth for 20.

Stacy Ann joined Hayley and they continued the scoring. Hayley in particular launched a massive six out the ground into someone’s backyard. They added 38 before Hayley was bowled for 30. Shemaine Campbelle joined Stacy Ann and this partnership posted 48 runs before Stacy Ann was caught of Garth once again for 34.

Captaining Ireland in place of Laura Delaney who was injured in the first match, Kim Garth had a top-notch all-round performance, as she struck her maiden T20 half-century and picked up 3/22, despite her team falling short of the 158 target.