GEORGETOWN, Guyana- Round 2 of the Colonial Medical Insurance Women’s Super50 Cup saw high team and individual scores. Deandra Dottin, Hayley Matthews and Kycia Knight powered Barbados to a mammoth 334/3 from their 50 overs against the Windward Islands at the National Stadium in Providence.

Click the video below to watch the Barbados vs Windwards action On Demand.

Meanwhile, it was a battle of centuries at the Everest Cricket Club, as Shemaine Campbelle tried to lead home team to victory over Jamaica but Stafanie Taylor proved to be the halting factor. 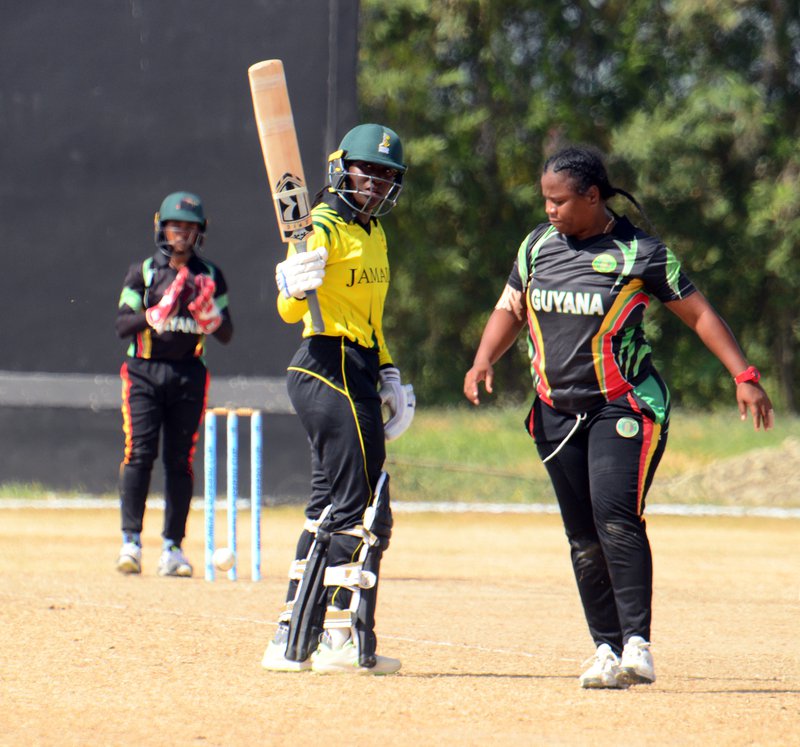 Windward Islands won the toss for the second time and elected to bowl first against Barbados. Hayley Matthews, celebrating her 21st birthday cemented herself with Kycia Knight as the pair build a solid foundation for Barbados. Just when Matthews looked set to bring up 100, she drove the ball straight back to Qiana Joseph who reacted just in time to hold on to the ball. Deandra Dottin then joined Kycia and the massacre continued. Both Dottin and Knight brought up their half-centuries. 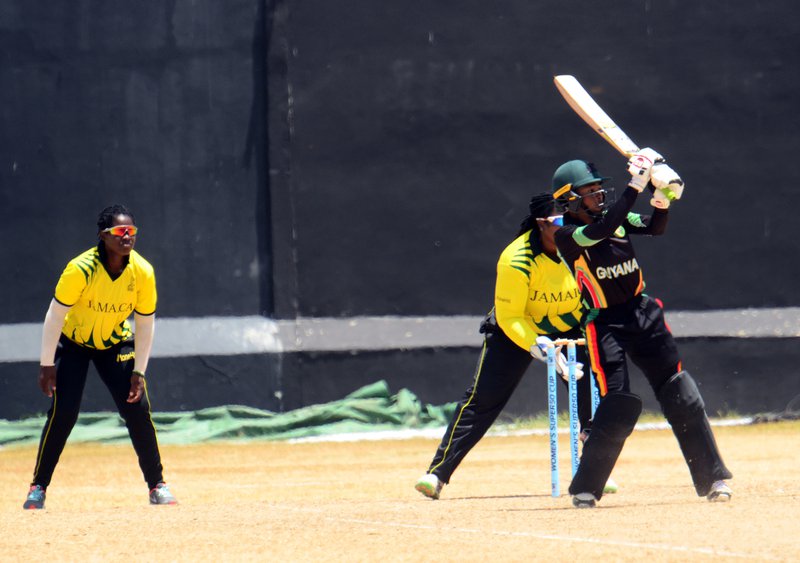 Guyana won the toss and elected to bat first. The only other batter to offer Campbelle support was Tremayne Smartt who scored 58. Needing 243 for victory, Stafanie Taylor smashed a captain’s knock of 119, held vital partnerships with Rashada Williams (47) and Chedean Nation (30), as Jamaica chased down the target in 46.4 overs.

Trinidad and Tobago had the shortest match of Round 2, when they bowled out the Leeward Islands for 76. Leandra Ramdeen wrecked havoc on the Leewards batting lineup, taking 4/12. Felicia Walters with 32 not out, guided T&T to victory and a vital bonus point.

Here's an overall look at the scores:

Leandra Ramdeen was Player of the Match 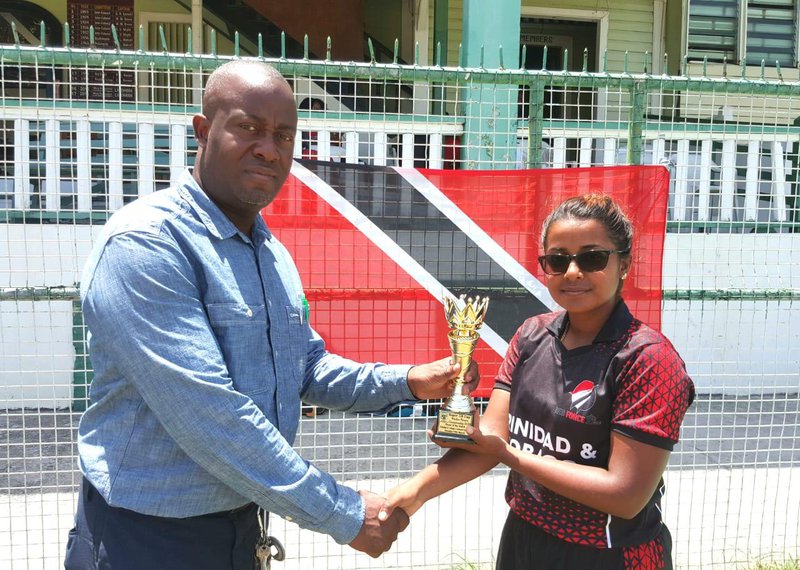 Deandra Dottin was Player of the Match 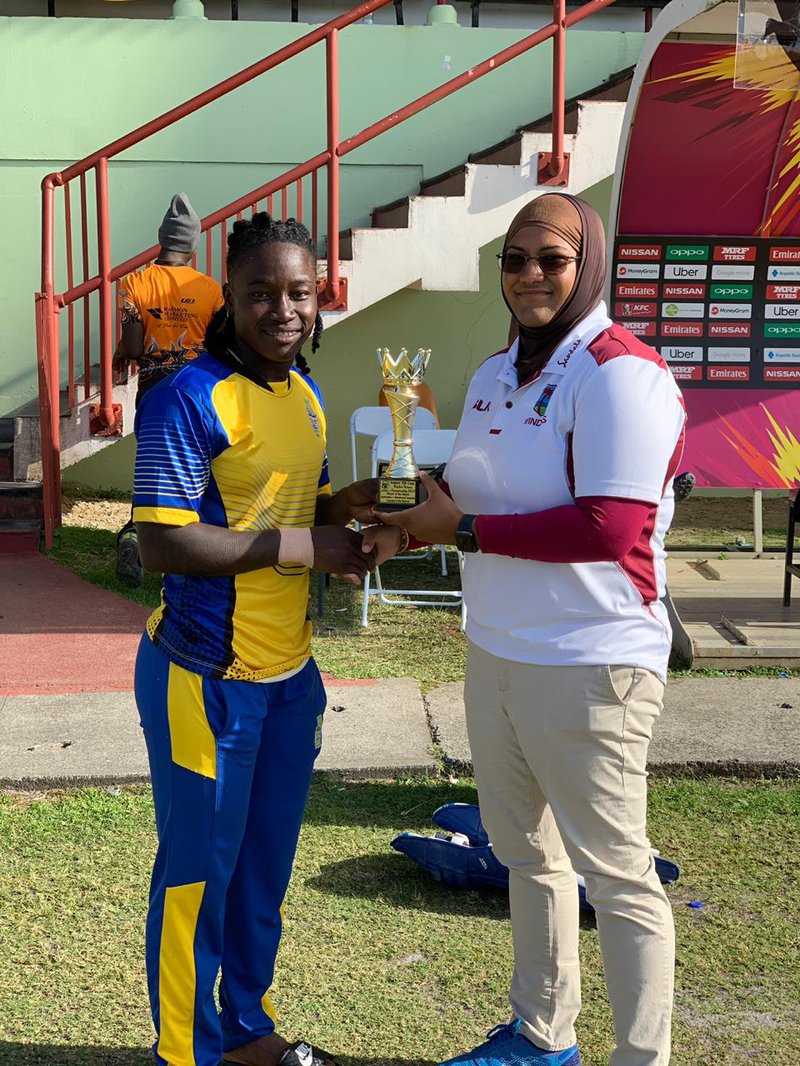 Stafanie Taylor was Player of the Match 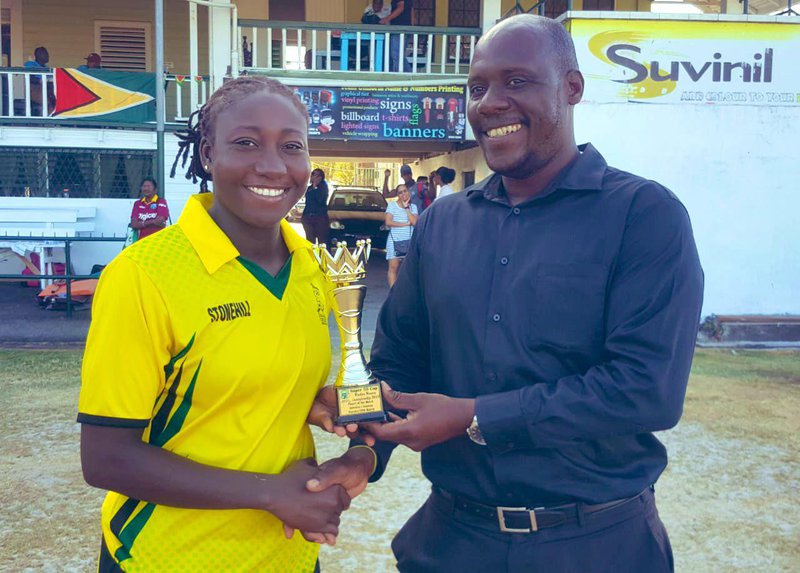 Keep an eye out for upcoming matches! Check out the match schedule below. 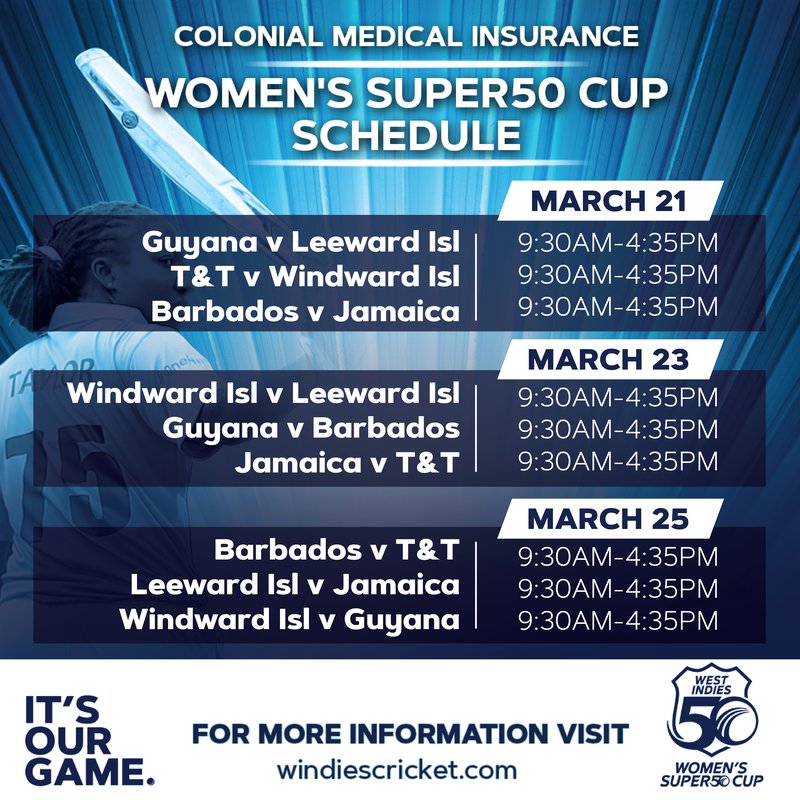