ST. JOHN’S, Antigua – WINDIES WOMEN had a convincing 5-wicket win over England in an exhibition T20 as part of the Antigua and Barbuda’s 37th anniversary celebration of Independence last evening at the Sir Vivian Richards Stadium.

After winning the toss and electing to bat, England struggled to 106 all out in one ball short of the allotted 20 overs; while WINDIES scored 119 for 5 in 19.1 overs. All-rounder Deandra Dottin was not out on 43; while Brittney Cooper 22, Hayley Matthews 19 and Kycia Knight 16* were the other scorers in double figures. 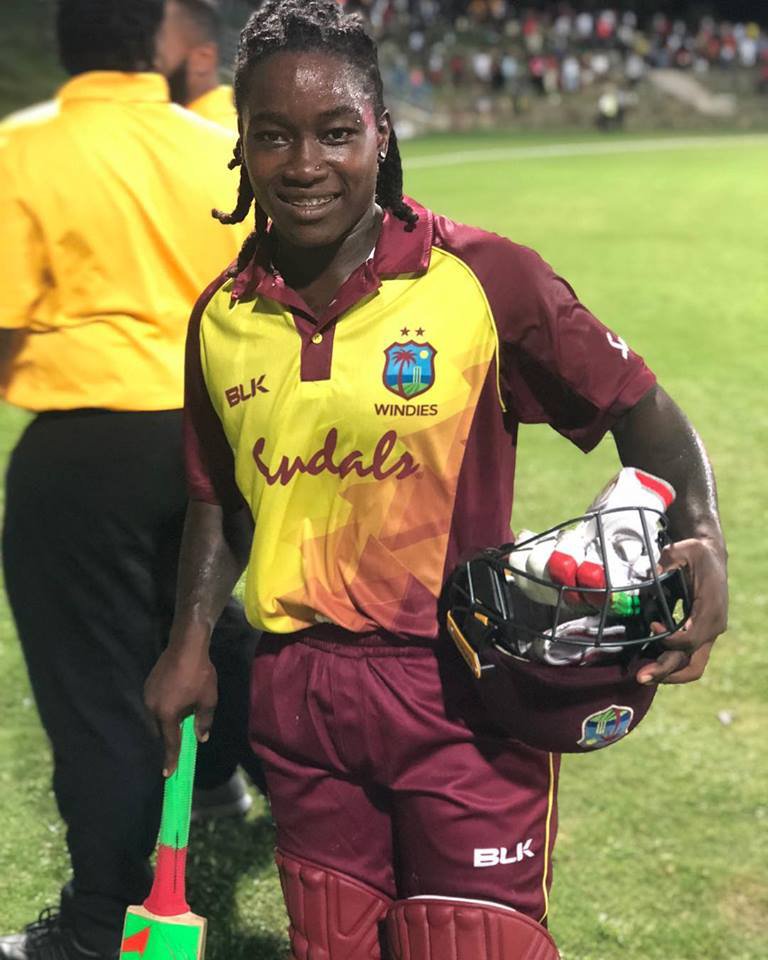 Spinners Anisa Mohammed and Afy Fletcher were the pick of the bowlers, with figures of 3.5-0-25-3 and 4-0-15-3 respectively. Opening fast bowlers Shamilia Connell (3 Overs) and Shakera Selman (2 Overs), along with skipper, Stefanie Taylor (2 Overs) picked up a wicket apiece. Vice-Captain, Hayley Matthews (4 Overs) and Deandra Dottin (1 Over) were the other two bowlers.

Danielle Hazell scored a resilient 32 (21 balls), after being dropped when her team was on 81, to help take the England Women’s total to a respectable 116-a/o (19.5 Overs). Natalie Sciver and Heather Knight had earlier scored 20 (23 Balls) and 23 (23 Balls) respectively.

Bowling for England, Kirstie Gordon picked up 2-27 in her allotted 4 Overs, while Farrant, Hazell and Jenny Gunn picked a wicket each, bowling 3, 4 and 3 overs respectively. Linsey Smith and Natalie Sciver were also utilized in England Women’s bowling attack.

In the first exhibition match, India squeezed past South Africa by three runs.

For tickets to the ICC Women's T20 in Guyana, St. Lucia or Antigua, go to: https://tickets.worldtwenty20.com/