COOLIDGE, Antigua – Strong batting – led by their captain Roston Chase – set the stage for West Indies “A” to claim a five-run victory over India “A” in their One-day series on Friday.

Catch up with some quick highlights below!

Chase hit four fours and two sixes in the top score of 84 from 100 to earn the Player-of-the-Match award and was the rock upon which West Indies “A” built a competitive total of 298 for nine from their allocation of 50 overs in the fourth match of the series at the Coolidge Cricket Ground here. 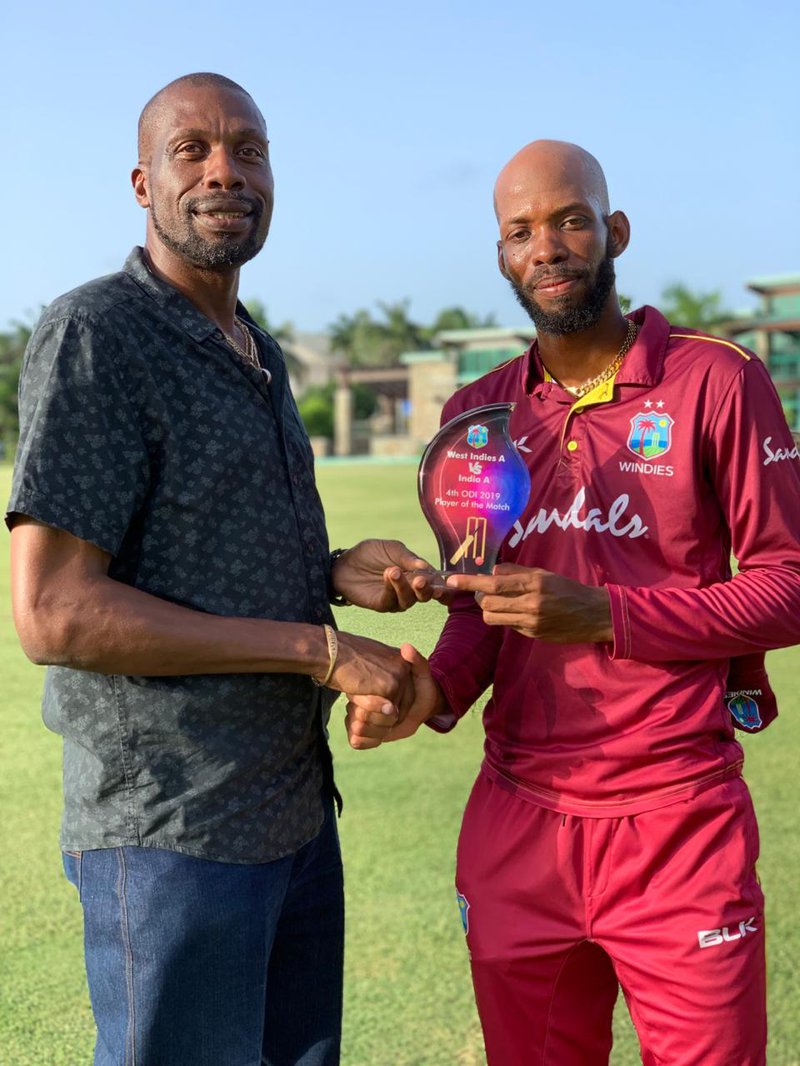 Hometown star Devon Thomas supported with 70 from 95 balls, left-hander Jonathan Carter made 50 from 43 balls and opener Sunil Ambris hit 34 in the home team’s best batting performance of the series. 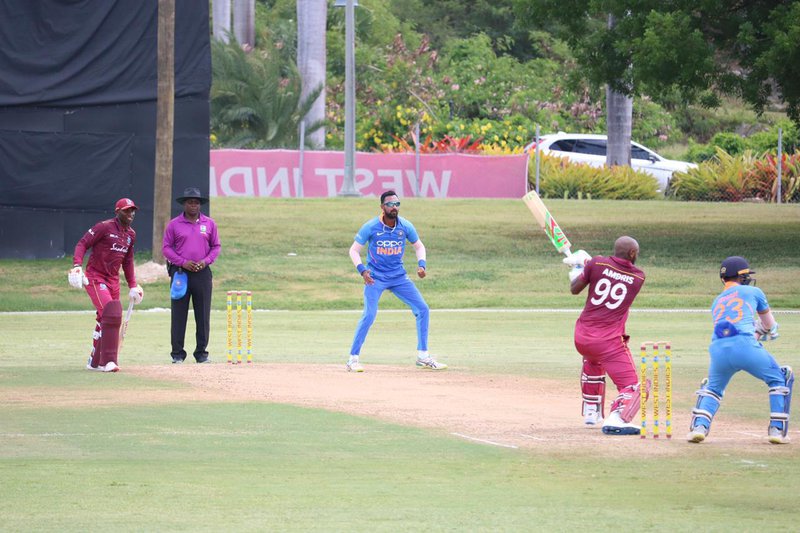 The West Indies “A” bowlers worked their way through the visitors’ batting, leaving the Indians 160 for six in the 32nd over before Axar Patel anchored two successive half-century stands to inch them close before they ended on 293 for nine from their 50 overs.

The result gave the hosts their first victory of the series which they now trail 1-3 with the final contest taking place on Sunday at the same venue.

Three successive half-century stands were at the heart of the turnaround in the West Indies “A” batting performance.

Ambris shared 73 with Thomas for the second wicket before he departed in the 15th over, when Chase came to the crease to put on 81 for the third wicket with Thomas.

After Thomas fell in the 33rd over, Chase and left-handed compatriot Carter advanced the scoring with a stand of 97 for the fourth wicket. 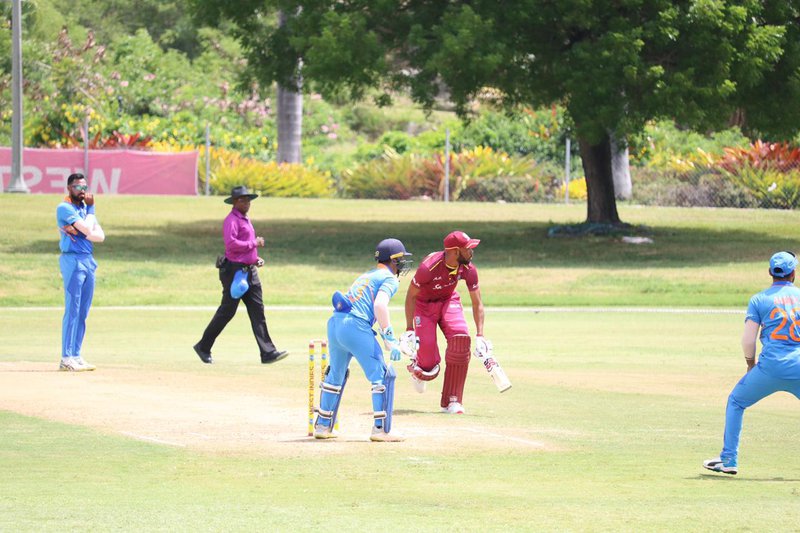 When Chase became the second of four wickets for Syed Khaleel Ahmed in the 45th over, there was little resistance from the rest of the batting, as the home team lost six wickets for 39 in the space of 29 balls.

A sharp bit of fielding gave West Indies “A” an early breakthrough when India “A” started their chase and they continued to take wickets at regular intervals to leave the visitors on the backfoot.

But Patel smashed eight fours and one six in 81 not out from 63 balls, sharing stands of 60 for the seventh wicket with Washington Sundar and 69 for the eighth wicket with Ahmed to to give the Indians hope of a successful run chase.

But Chase’s side held their nerve to clinch the victory.

R Shepherd not out 21

K Pierre not out 1

Axar Patel not out 81

Avesh Khan not out 1