Roston Chase joined elite company as he took five wickets on a day when West Indies were made to toil at the Emirates Old Trafford on Friday. The tall off-spinner took the third five-wicket haul of his career as England made 469-9 declared in the first innings of the second Test of the #RaiseThe Bat Series. West Indies will resume Saturday morning on 32-1, with Kraigg Brathwaite on six and night-watchman Alzarri Joseph on 14.

Chase ended with 5-172 off 44 overs and in doing so secured his second five-for against England. His best figures were the memorable 8-60 which secured the famous win in Barbados last year. Friday’s performance had his name added among a list of iconic West Indian spinners to take a five-wicket haul in England. The others include:

Chase led the West Indies bowling and received great support from the other bowlers. Kemar Roach sent down 33 overs and took 2-58 with his wickets coming off consecutive balls. After beating the bat on several occasions, he had Ben Stokes caught behind by Shane Dowrich for the top score of 176 and next ball had Chris Woakes snapped up at slip by Shai Hope.

“It’s never easy, we’re here to work hard and I thought me made a great effort to get the wickets and we gave a very good effort. We were disciplined in out lines and lengths and we never let the English batters get away,” Chase said after the day’s play. 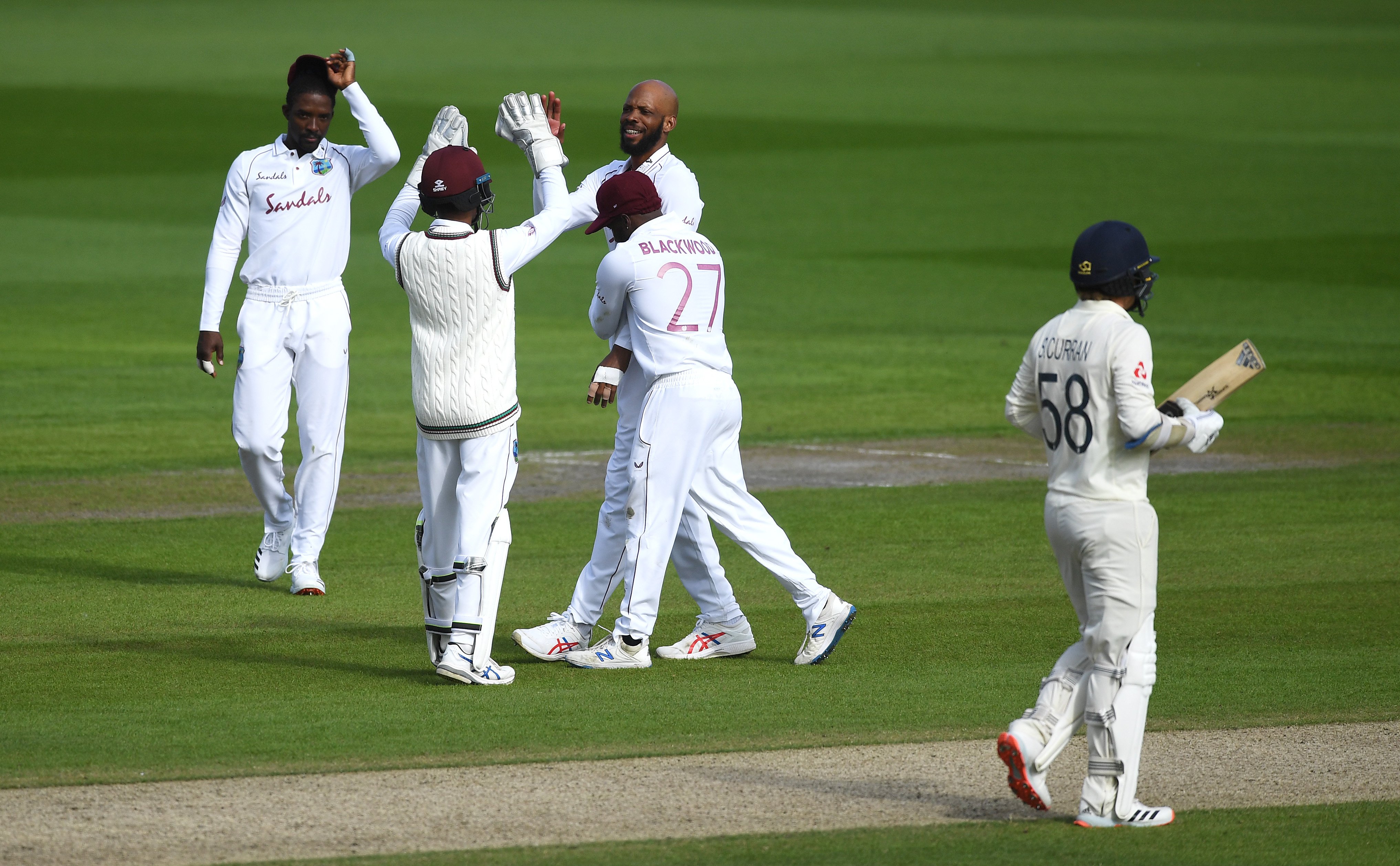 The day however was controlled by England’s batsmen – mainly Stokes, who made a 176 in a double century partnership with Dom Sibley, who made 120. Stokes made his 10th Test century and played one of the longest innings of his career as he faced 256 balls and hit 17 fours and two sixes. Sibley’s vigil lasted close to 10 hours and came off 372 balls with five boundaries.

The match resumes on Saturday at 11am (6am Eastern Caribbean/5am Jamaica). West Indies lead the series 1-0 following their won by four wickets at the Ageas Bowl last Sunday.