Three top-quality batting performances from Kraigg Brathwaite, Shamarh Brooks and Roston Chase helped West Indies avoid the follow-on on the fourth day of the second Test at Emirates Old Trafford. However, a batting collapse after tea, saw the visitors slip from 242-4 to 287 all out – which gave England a big first innings. The home finished on 37-2 an overall lead of 219 runs, which has set up a thrilling final day of the match. 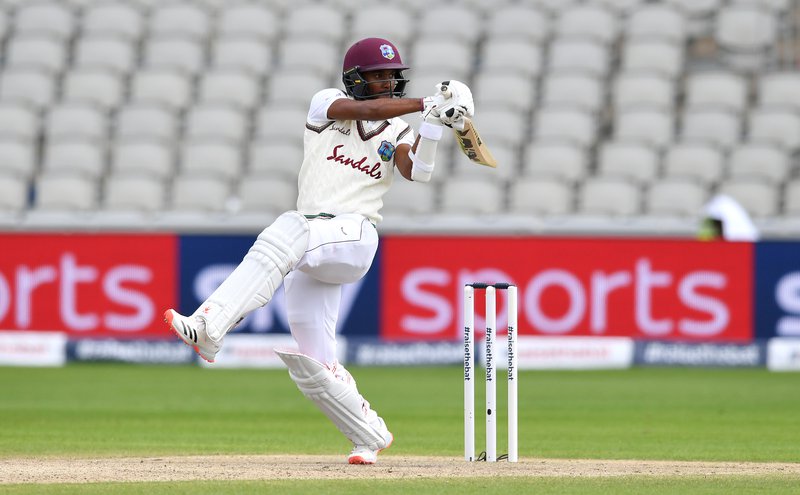 Accuweather predicts Monday should be set fair for a good day, and with 98 overs available all four results are possible.

The state of the match means a draw or win or tie would see West Indies retain the prestigious Wisden Trophy, following their superb victory in the first match last week. A defeat would bring England level 1-1 with the final Test of three-match rubber to be played at the same venue starting on Friday.

Shortly before the close at 7pm, Kemar Roach picked up both England wickets to fall just to move to 197 in his Test career. He forced Joss Buttler to play on without scoring and then uprooted the middle stump of Zak Crawley. 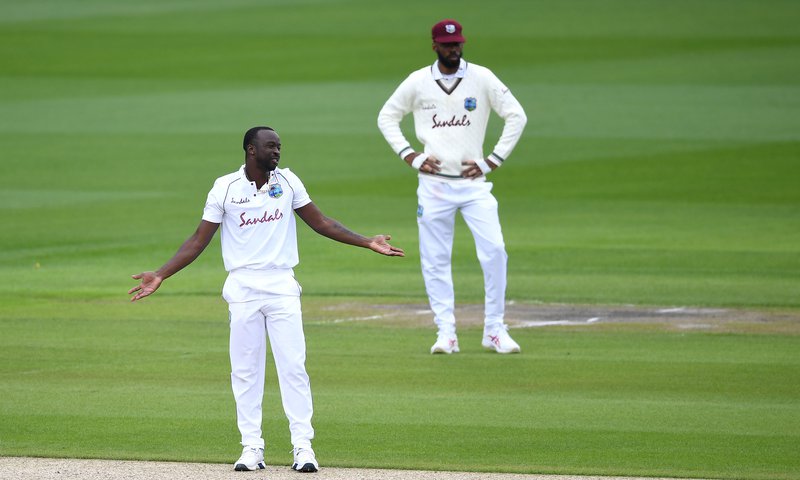 Brathwaite (75), Brooks (68) and Chase (51) shared several excellent partnerships to hold the top order together. Brathwaite hit eight fours off 165 balls to follow-up another high-quality half-century in the first innings of the first Test win at the Ageas Bowl. Brooks, playing just his fifth Test match, recorded his second half century – which included 11 boundaries off 137 balls. The pair added 76 for the fourth wicket – after night-watchman Alzarri Joseph (32) and Shai Hope (25) had also shared stands of 54 and 53 respectively with the patient Brathwaite. 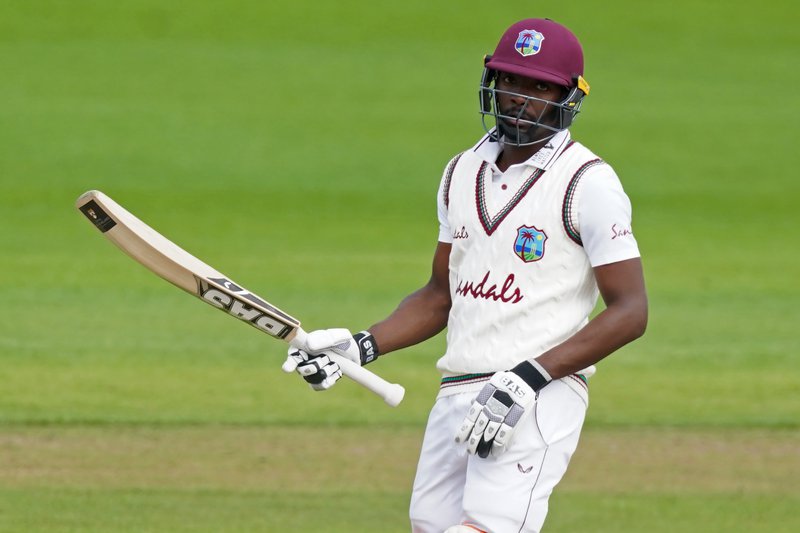 Chase, like Brooks, scored freely on both sides of the wicket with a number of attractive drives. He faced 85 balls and hit seven fours to follow up his heroic five-wicket haul in England’s first innings on Thursday and Friday. This is his eight Test half-century to accompany five centuries and follows scores of 47 and 37 in the first match of the series.

The match resumes on Monday at 11am (6am Eastern Caribbean/5am Jamaica). West Indies lead the series 1-0 following their won by four wickets at the Ageas Bowl last Sunday.