West Indies grabbed three wickets, including the prized scalp of captain Joe Root, as they also kept a lid on England’s scoring on the opening day of the second #RaiseTheBat Test at Emirates Old Trafford. At the close on Thursday, the hosts reached 207-3, with opener Dom Sibley unbeaten on 86 and vice-captain Ben Stokes on 59.

Earlier, it was off-spinner Roston Chase who gave West Indies the upper hand. He removed left-handed Rory Burns to the last ball before lunch, leg-before wicket to only the second ball of his first over. Chase he was able to get new batsman Zak Crawley off the first ball after lunch, taken low down at leg slip by captain Jason Holder without scoring. 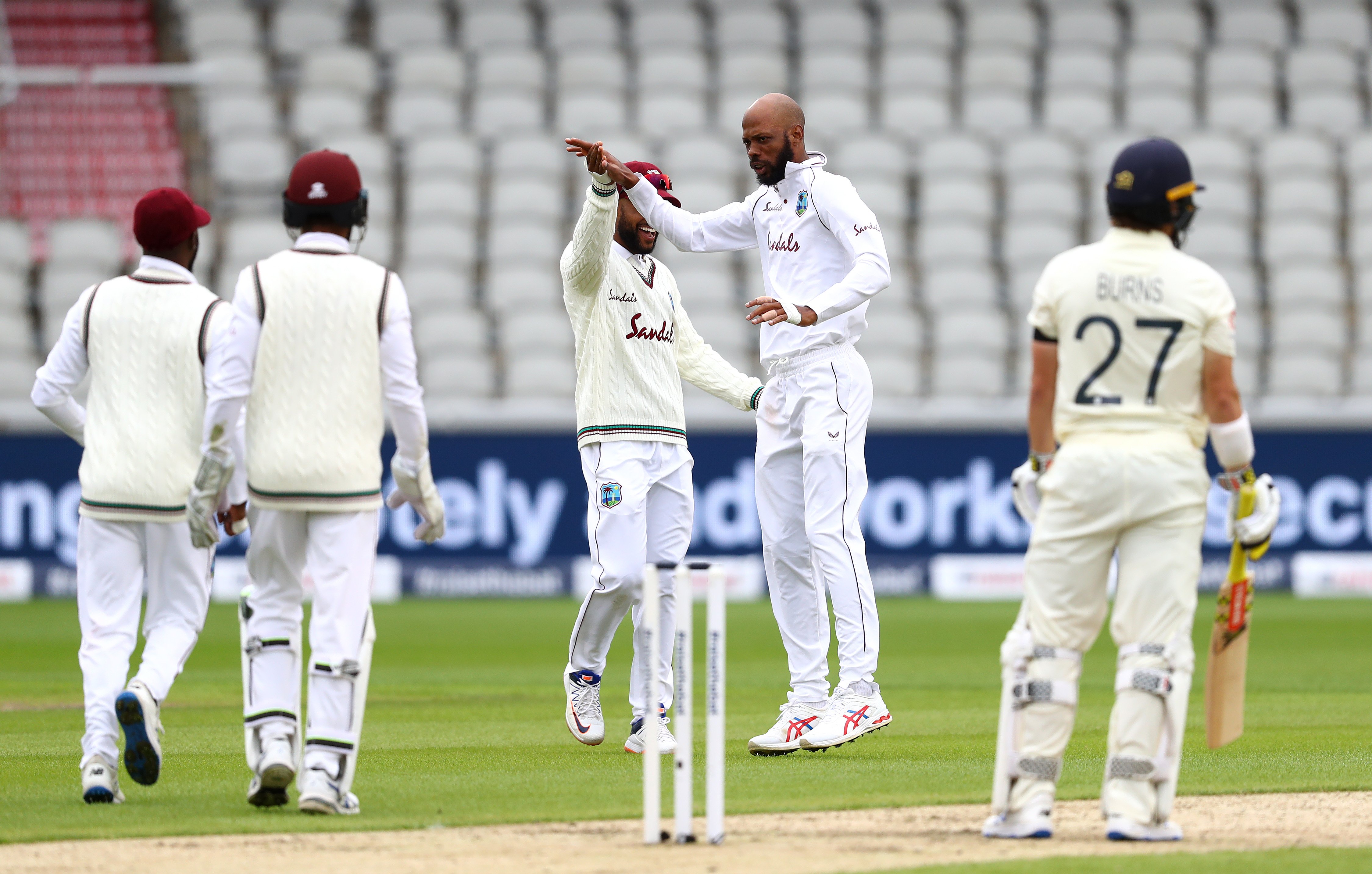 Root, in his first knock of the series after missing the opening Test in Southampton, batted solidly for 23 off 49 balls in putting on 52 for the third wicket with Sibley to stabilise the innings. However, fast bowler Alzarri Joseph got the breakthrough about 55 minutes before the tea break when he had Root caught at second slip by Holder, driving at a wide full length delivery which swung.

On a day which started late due to rain and allowed 82 overs, Chase ended as the most successful bowler with 2-53 off 16 overs.