DHAKA, Bangladesh- Shai Hope restored a spark in the WINDIES, smashing a brilliant 146 not out, his third ODI century to see the WINDIES win the 2nd ODI against Bangladesh by 4 wickets and level the series at 1-1.

The WINDIES batted second after winning the toss, on a pitch that Captain Rovman Powell felt had more to offer his bowlers bowling first. Chandrapaul Hemraj came into the squad in place of Kieran Powell, but Hemraj’s cameo did not last long as he was trapped LBW to Mehidy for 3. Once again the WINDIES lost an opening batsman without a solid foundation.

Shai Hope was joined by Darren Bravo and the similar batting style of pair meant that it was a slow rebuild of the WINDIES innings. They squeezed out singles and two’s while keeping close enough to the required run-rate but never going ahead of it. Bravo at one point looked ready to turn on the batting flare he’s known for, striking a four and six on his way to 27. However, Rubel Hossein had other ideas, Bravo looking to play his trademark flick off the pads, was bowled behind his legs. The 65-run partnership was broken and the WINDIES were 70/2 in the 17th over.

Marlon Samuels never looked settle at the crease, a continuation from the previous match, despite striking 2-fours and a six, he soaked up 46 dot balls for his 26 runs. Despite his slow scoring, both Samuels and Hope were able to add 62 runs together before Mustafizur Rahman had him caught behind and the WINDIES were 132/3. Shimron Hetmyer came to the wicket, seeking to make amends for the lack of runs in the previous match but his dry-spell continued. He struck one lofty six straight back to the media centre, which gave a glimmer of hope that he would have a big innings with Hope to take the WINDIES to victory but Rubel Hossein had him caught in the deep for 14.

Rovman Powell was next in, struggling for form since the India tour, the WINDIES interim Captain had the perfect opportunity to make amends. But once again his opposite number Mashrafe Mortaza scalped his wicket for 1, when he holed out to Sarkar on the boundary. Worry began creeping into the team when the last recognized batsman who could take the team to victory with Hope was out. Roston Chase got his 9 runs via singles and twos before Mustafizur had him caught by Tamim. The WINDIES now 185/6 in the 39th over.

The ever dangerous and dependable Keemo Paul joined Hope in the wicket. Paul smashed 36 in the last match to lift the WINDIES to a reasonable total. All eyes were on him now for a repeat performance. He too started slowly as Mashrafe utilized his bowlers wisely and they too kept to their line and length, cramping Paul for space and limiting his shot selection. Hope reached his third ODI century, his previous two tons all came in matches that ended in draws, this time he was determined to carry the WINDIES across the line to victory. 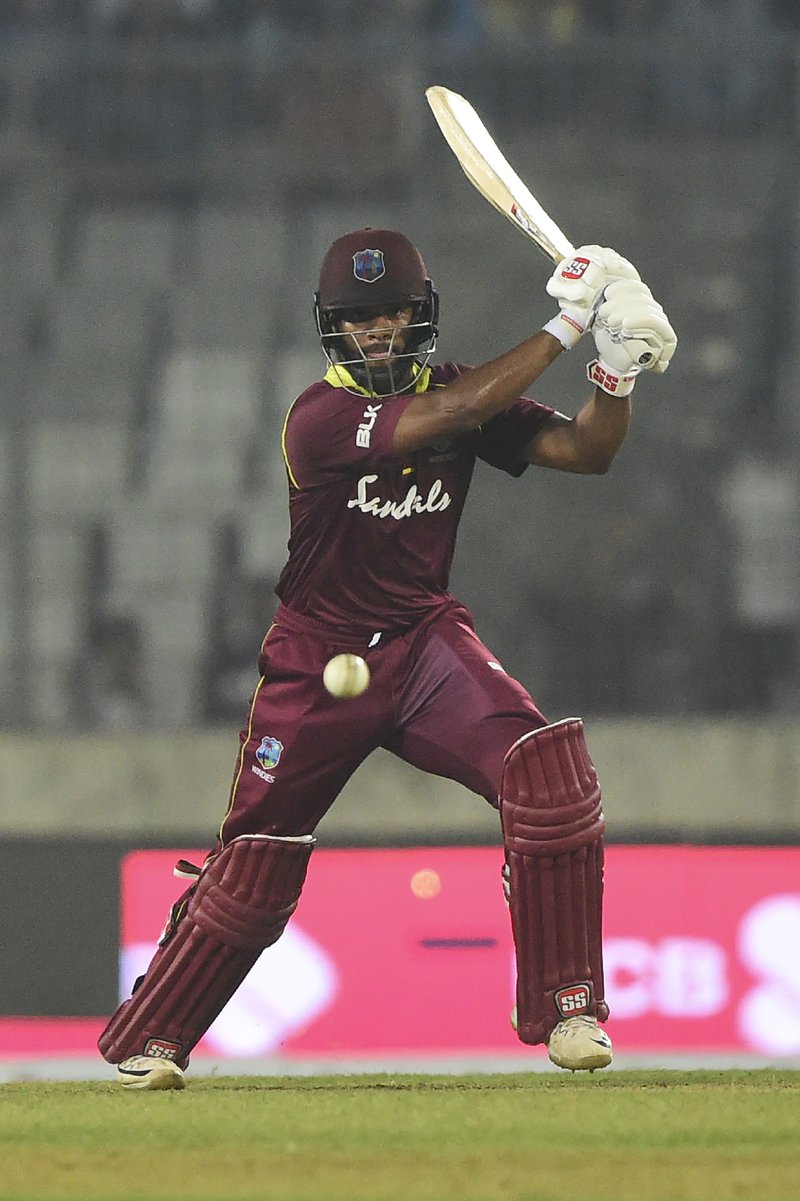 Paul and Hope played a game of patience, biding their time and not going for wild shots, despite Paul’s attempts at a few swings which resulted in dot balls instead of runs. The last 2 overs saw them go after Rubel and Mustafizur.

Needing 32 runs from 18 deliveries, Rubel Hossain’s over became Hope’s target to make a move. First ball of the over he smashed it straight back over the bowler’s head for 6 and silence filled the Sher-E-Bangla ground, as the WINDIES were now officially back into the game. 4 more runs would come from that over, leaving the WINDIES to get 22 runs from the last 2 overs. Mustafizur started on target but his third delivery was a no ball, Hope seized the opportunity and shifted to another gear. Next ball he smacked for 4 past point and followed it up with another past wide long-off. It was not over as Hope played a “Dilscoop” over the keeper for another boundary. 16 runs from the penultimate over, just what the WINDIES needed.

Needing a run a ball in the final over, Keemo Paul nudged the ball into the spread field for 2 runs, he followed it up with a single, then Hope got one of his own. Needing 2 from 2, Paul pulled Mahmudullah out to the fielder in the deep and ran hard, picking up the required 2 runs. The WINDIES dugout was celebrating before Hope and Paul reached them, it meant the series was tied at 1-1 with all to play for in the third match on Friday in Sylhet. 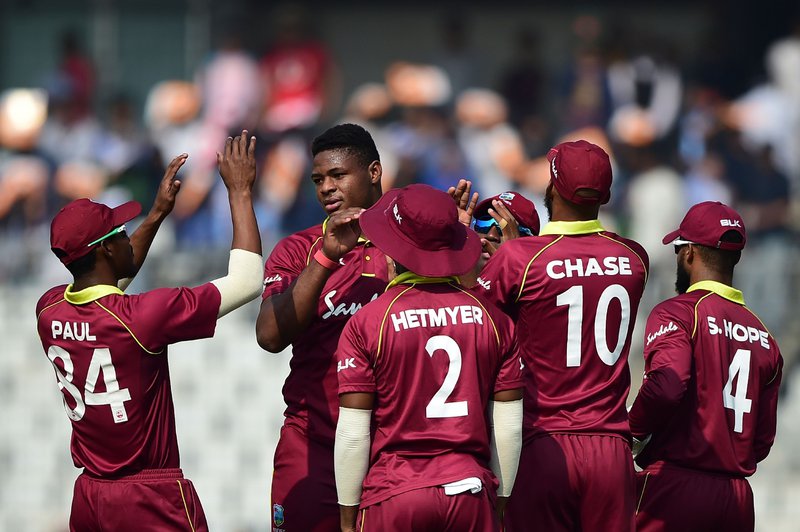 Earlier in the day, Bangladesh were sent in to bat first. Opener Liton Das had to be stretchered off and to the hospital for scans after injuring himself while batting. Tamim Iqbal, Mushfiqur Rahim and Shakib Al Hasan were the run-scorers for the home team, scoring 50, 62 and 65 respectively as Bangladesh posted 255/7 from their 50 overs. Oshane Thomas’ pace kept the home team pegged back from posting a big score. The gentle giant took 3/54 with his blistering pace.

Speaking afterwards, Shai Hope said, “The wicket was a bit difficult to strike from ball one… but Keemo played a very crucial hand at the end for us to win. It’s about pacing the innings, I knew someone had to bat deep and I had the option to start at the top of the order so I had all 50 overs, just a bit disappointing that some of the guys got out in the middle stage… but the aim was to bat as deep as possible to make sure as long as I’m out there we were going to win the game.”