Jason Holder captured the wicket of Dan Lawrence with to the penultimate delivery of the day, but Joe Root’s 25th Test century put England in control over West Indies on Wednesday.

Lawrence stroked back-to-back off-side boundaries off Holder in the day’s final over with the second new ball, but he became the third wicket of the day, as he hit the fifth ball of the over into the hands of Kraigg Brathwaite’s at cover to fall for a career-best 91. England closed on 244-3. 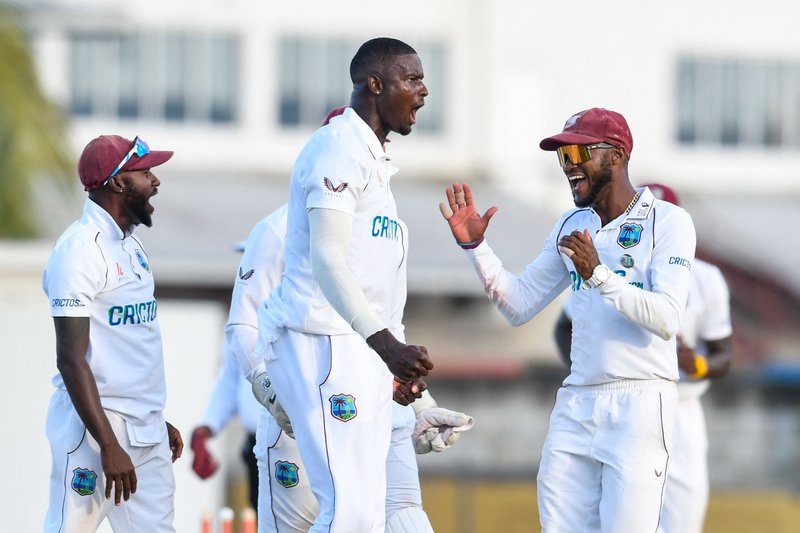 Root ended the day on unbeaten on 119 – his second hundred in as many Tests following his 109 last week in Antigua. He was the linchpin of England’s innings, putting on a superb 164 for the third wicket with Lawrence as England dominated the second and third sessions.

Root has so far faced 246 balls in a shade under six hours and counted a dozen fours, while Lawrence struck 13 fours and a six in an innings lasting 150 balls in three hours at the crease. Opener Alex Lees made 30 from 138 balls in just over three hours but lasted long enough to post 76 for the second wicket with Root.

“Obviously you’re taking a risk when you take the second new ball and for it to pay off with that wicket just before close of play was very, very important so we’re happy with that,” said West Indies assistant coach Roddy Estwick. “It’s been a tough old day of Test cricket but we stuck with it, we stayed as disciplined as possible. Hopefully tomorrow we can continue to make that new ball count.” 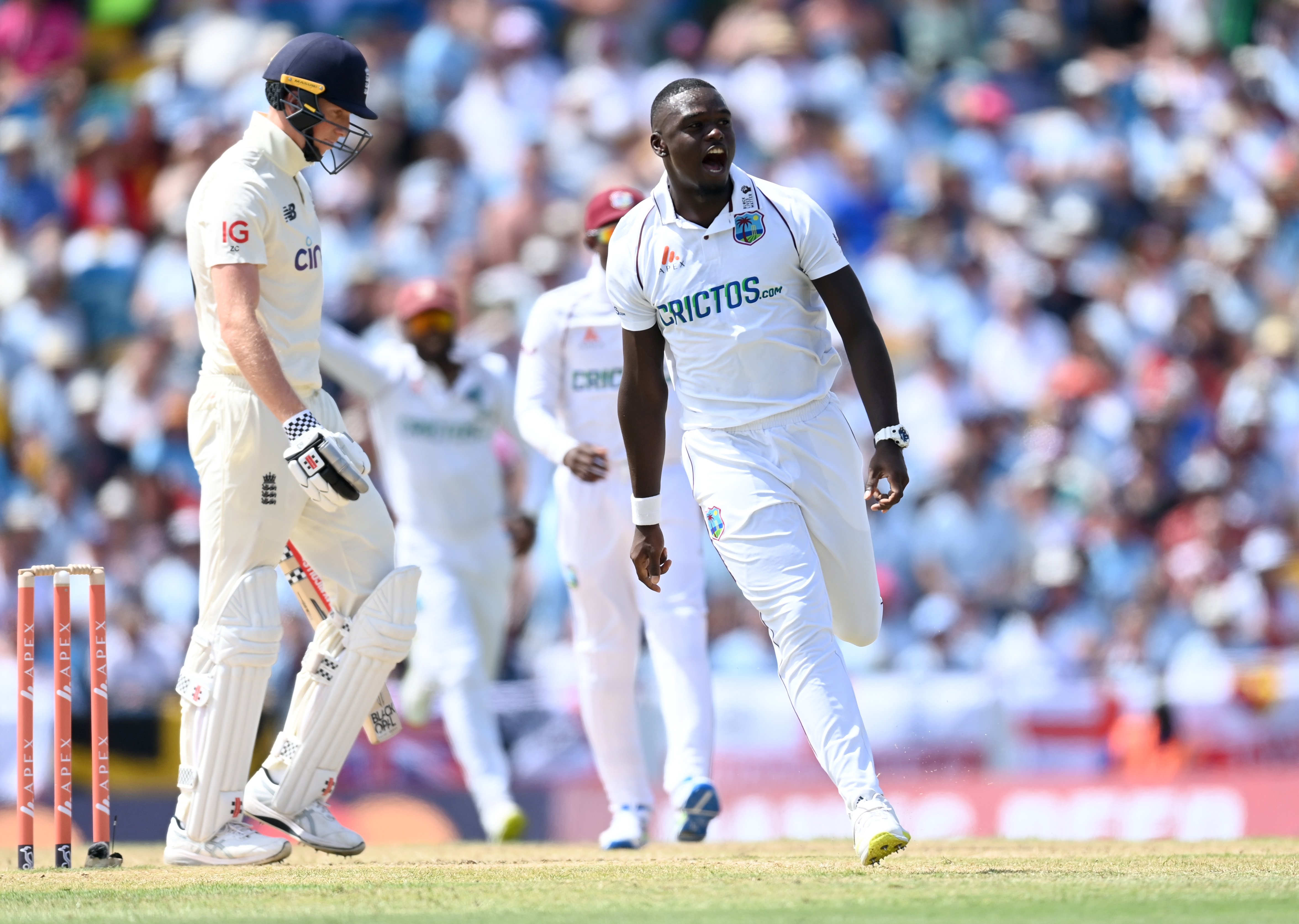 Early in the day, Zak Crawley fell in the morning’s fourth over without scoring, as he edged behind to wicketkeeper Joshua Da Silva after playing indecisively at an away-swinger from Jayden Seales. The left-handed Lees was the second wicket as he played back to left-arm spinner Veerasammy Permaul, and was leg-before-wicket.

Play will resume on Thursday at 10am (9am Jamaica).