Kemar Roach reached another milestone in his West Indies career but a powerful century from Ben Stokes put England on top, on Thursday. With his home venue of Kensington Oval providing a fitting stage, Roach picked up 2-68 to surpass the legendary Sir Garry Sobers – the game’s greatest allrounder – on the all-time list of West Indies wicket-takers in Tests, and assume seventh spot with 237 wickets. 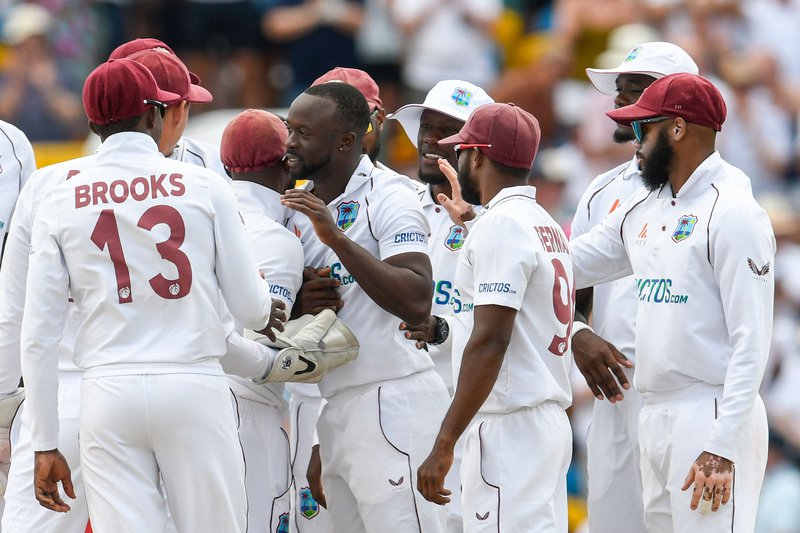 Roach overtook Sir Garry when he claimed his first wicket of the innings, captain Joe Root for 153 in the second over after lunch, leg before wicket. Stokes then made a stunning 120 off 128 balls as England, resuming the morning on 244-3, declared their first innings on 507-9, about 25 minutes after tea.

Left-hander John Campbell then fell for four in the second over but the stylish Shamarh Brooks, unbeaten on 31, and captain Kraigg Brathwaite with a resolute 28 not out, steered West Indies safely to the close on 71-1 in a crucial 57-run, second wicket partnership.

Left-arm spinner Veersammy Permaul ended with 3-126 while Roach supported with his two scalps, after also removing all-rounder Chris Woakes for 41.

Root and Stokes combined in a 129-run fourth wicket stand which propelled England to 369-3 at lunch. Overall, Root faced 316 balls in just over eight hours and struck 14 fours while the left-handed Stokes played with freedom and 11 fours and six sixes in just over three hours of entertainment.

When West Indies batted Campbell edged debutant seamer Matt Fisher behind in the second over but Brooks and Brathwaite came together to steady the innings. With the close beckoning, Brathwaite was given out on 14, lbw to left-arm spinner Jack Leach at 54-1 but a subsequent DRS check showed an inside edge onto the pad.

Play will resume on Friday at 10am (9am Jamaica).