ST. JOHN’S, Antigua- A captain’s knock could not save the West Indies Women from a series defeat in the three-match Colonial Medical Insurance One Day International series against India Women, after India Women won the third match by six wickets at the Sir Vivian Richards Stadium.

The West Indies Women won the toss and elected to bat first but the opening batters found it difficult to get the scoring started. No runs were scored in the first two overs as Jhulan Goswami and Shikha Pandey had Hayley Matthews and Natasha McLean pegged back with pace.

Natasha was the first to go, trying to play across the line and the ball popped up from the edge of the bat for an easy catch. Hayley playing in her first game this series, eventually took a liking to the pace from Goswami and Pandey, belting them for three fours and a six on her way to 26. Then, the turning point of the match came when Hayley was run-out, a momentary slowing down of runs saw the West Indies Women inching to 50 runs on the board. 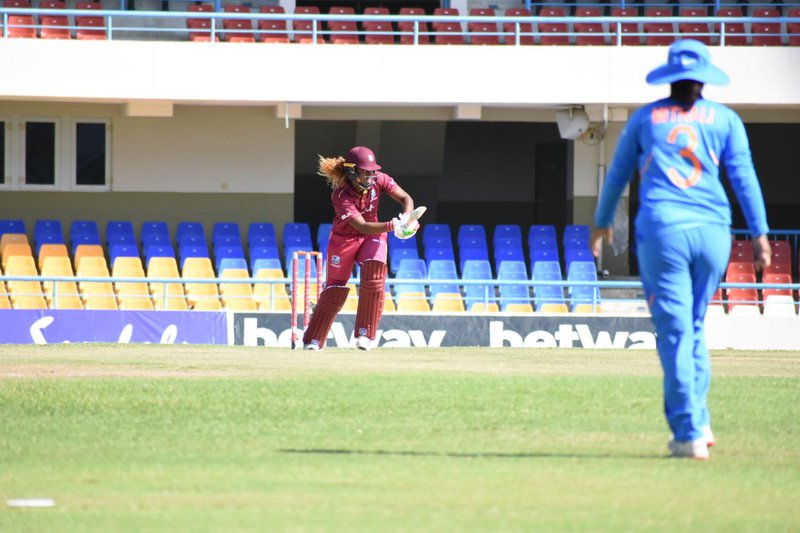 Chedean Nation’s stay in the middle did not last long as she fell for 6. Kyshona Knight and Stafanie Taylor looked set to rebuild the shaking West Indies Women’s innings, as they converted their chances for quick singles. After building a steady partnership of 34 runs, Kyshona trying to sweep was caught for a supportive 16 runs.

Then came the partnership that took the West Indies Women innings to a defendable total. Stacy-Ann King and Stafanie took the singles and twos. Both players then took the scoring tempo up when the Indians delivered wayward deliveries. Stafanie collected a return-shot using her gloves to protect her from a straight drive from Stacy-Ann. This pair added 96 runs before Stafanie was caught and bowled by Poonam Yadav for a brilliant 79. 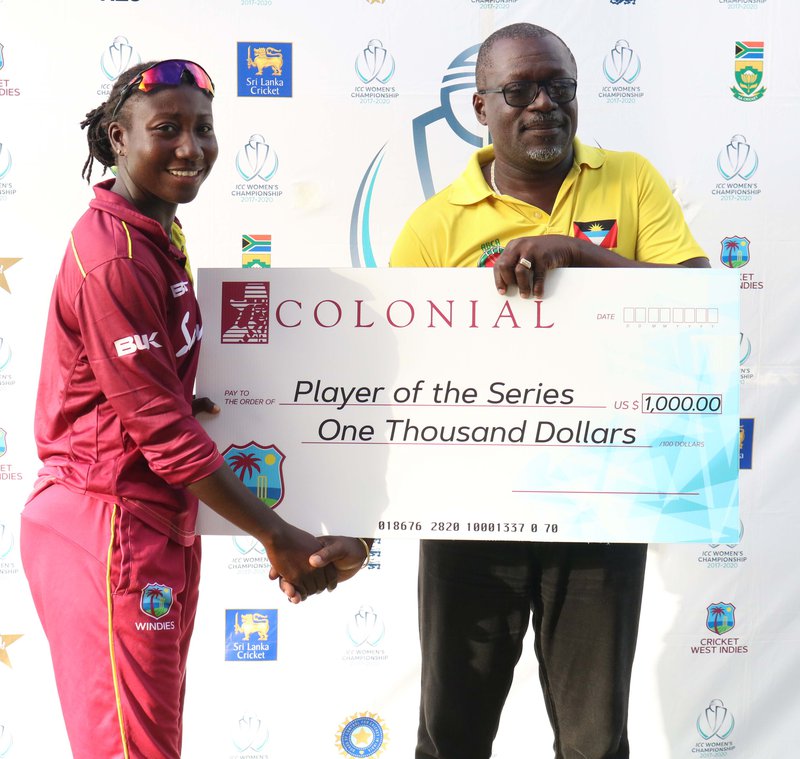 Stacy-Ann soldiered on to 38 before she was bowled by Goswami. The rest of the West Indies Women’s batters fell for single digits as they finished their fifty overs on 194 all out.

India started their run-chase confidently with Smriti Mandhana playing for the first time in the series. Together with Jemimah Rodrigues, who has struggled with the bat this series, the pair took a liking to the West Indies bowlers. They posted 141 runs before Jemimah was the first wicket to fall, Hayley Matthews had her stumped for 69. Mandhana continued her scoring but became Matthews second scalp for 74. Poonam Raut was Hayley’s third wicket. India had a slight wobble with four wickets falling in a short space of overs but they were comfortable winners by six wickets in 42.1 overs, finishing on 195/6.

The tour now shifts focus to five (5) T20 Internationals, with the first two being played at the Daren Sammy Stadium on November 9 and 10. Tickets for the T20Is are very affordable price at just GYD$1000 (US5) in Guyana, and EC$10 (US$5) for the five T20I matches, available online through the Windiescricket.com website or at https://www.zoonga.com/indiatour. Box offices at each ground are open on the day of each match.