BRIDGETOWN, Barbados – Cricket West Indies (CWI) Selection Panel today announced a change to the squad for the CG Insurance One-Day International Series against Australia. Leg-spinner Hayden Walsh Jr will replace allrounder Roston Chase, who has not recovered in time from the left thigh injury picked up in the South Africa Test Series and will therefore not be available to participate in the series.

Walsh was named the CG Insurance Player-of-the-Series in the recent CG Insurance Twenty20 Series which, West Indies won 4-1. He took 12 wickets at average of 11.66 and economy rate of 7.00 per over. 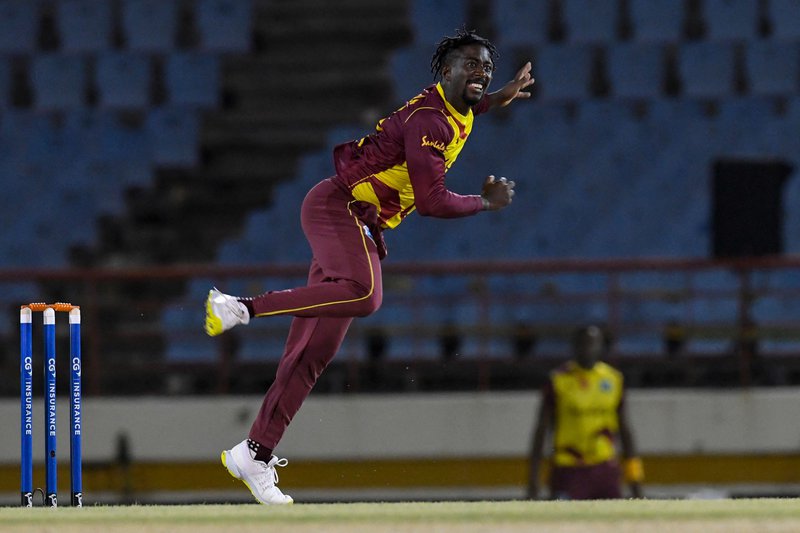 The CG Insurance ODI Series will be played at Kensington Oval in Barbados on Tuesday, July 20, Thursday, July 22 and Saturday, July 24. All three matches are scheduled as day/night encounters – first ball is 2:30pm (1:30pm Jamaica Time). There is great anticipation as this is Australia’s first tour of the West Indies since the tri-nation series back in 2016.

The series forms part of the International Cricket Council’s (ICC) ODI Super League where both teams are aiming to win points to be one of the top seven teams that will secure automatic qualification for the 2023 ICC Cricket World Cup in India.

Due to COVID-19 protocols the matches will be played behind closed doors.

Fans in the Caribbean can watch exclusively live on Flow Sports or via the Flow Sports app. Fans can also follow live ball-by-ball scoring in the www.windiescricket.com live match centre, featuring the new live match blog. Live radio commentary is available on a number of radio stations across the Caribbean and available worldwide, except in India and Bangladesh, on the Windies Cricket YouTube channel.

Fans in Australia can follow the entire West Indies vs Australia CG Insurance T20I and ODI Series live on Foxtel’s Fox Cricket channel as well as via live stream on Kayo Sports.