Take a look at some of the outstanding match highlights below.

Chris Gayle, the World-acclaimed “Universe Boss”, blasted six fours and three six in an even 50 from 34 balls, as the WINDIES made light work of a victory target of 106 in their opening match of the tournament at Trent Bridge.

Andre Russell put down 16 consecutive short balls in a fiery opening spell that captured two wickets in 3 overs conceding 4 runs. Further destructive spells from Oshane Thomas and captain Jason Holder followed this example , as the Pakistanis were bowled out for 105 in 21.4 overs, after they were sent in to bat. 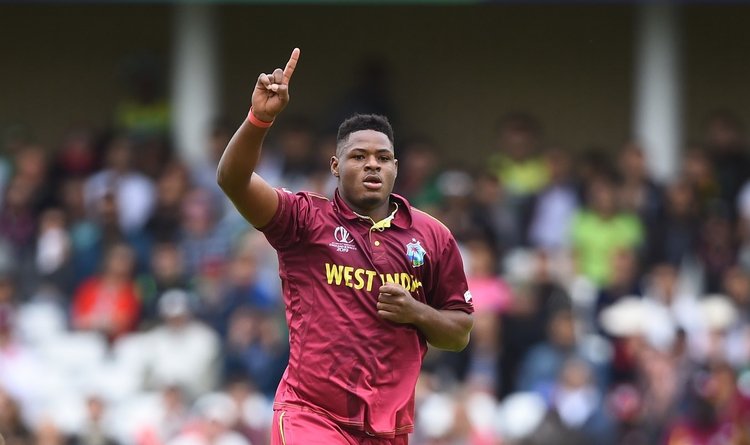 Thomas snared 4-27 from 5.4 overs to earn the Player-of-the-Match award, including dismissing star man Pakistan star man. Babar Azam. Holder grabbed 3-42 from 5 overs as Pakistan failed to deal with aggressive bowling from the Caribbean and never recovered from a shaky start.

In case you missed it, take a look at the #MaroonMoment of the day as Shai Hope flies to snare Pakistan's 4th wicket.

Left-arm pacer Sheldon Cottrell made an early strike in the third over to remove opener Imam-ul-Haq for two, and Andre Russell used the bouncer to good effect, added the scalps of Fakar Zaman for 22 and Haris Sohail for 8 runs to end with a miserly 2-4 from three overs.

The work of Cottrell and Russell left the Pakistanis wobbling on 45 for three in the 10th over, and Thomas and Holder continued to bowl aggressively to complete the job, as their opponents lost their last eight wickets for 43 in 46 balls. Not a ball of spin was bowled.

The chase started quietly for West Indies, but Gayle got into gear with a succession of boundaries of Hasan Ali. He struck the pacer for two fours in his first over and slammed a pair of sixes in his second.

When Gayle was caught at point off Mohammad Amir in the 11th over, the WINDIES needed a further 29 to win and the pair of Nicholas Pooran, not out 34, and Shimron Hetmyer, not out on seven, playing in their first Cricket World Cup, ushered the #MenInMaroon over the finish line. 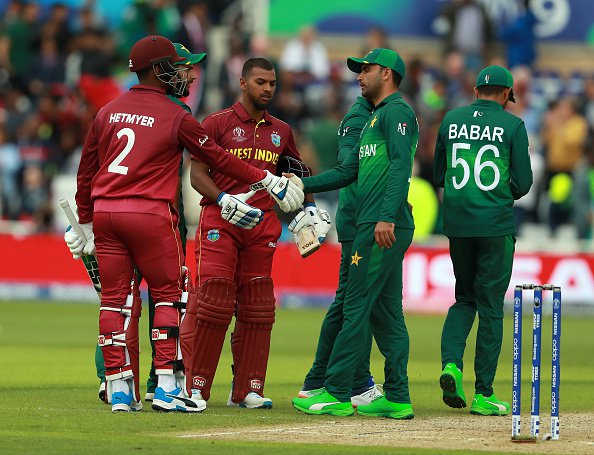 Left-hander Pooran settled the match in grand style with 36.2 overs remaining with a six over deep mid-wicket off left-arm pacer Wahab Riaz. 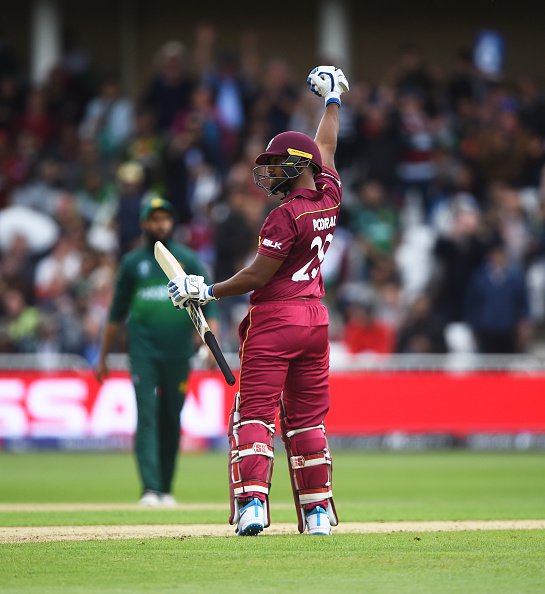