CRICVIZ ANALYSIS - HOW POORAN AND COTTRELL STOOD OUT IN CWC19

The West Indies have had a mixed tournament, competing in most matches but unable to get across the line often enough to progress to the knockout stages. Plenty of questions will be asked post-tournament, but for now there are some positives to be reflected on. Two players have put in campaigns that stand above the rest and offer hope for the next few years of Caribbean ODI cricket.

Nicholas Pooran and Sheldon Cottrell have had excellent World Cups. With bat and ball respectively, they have given Jason Holder’s side the backbone they required to compete, if not enough to challenge.

Pooran is the leading scorer for the West Indies in the tournament. In a month where plenty of West Indies batsmen have performed solidly, Pooran is one of only two - the other being Carlos Brathwaite - to go on and make three figures. Pooran’s century against Sri Lanka in their penultimate match was the highest score by a West Indian in this tournament. 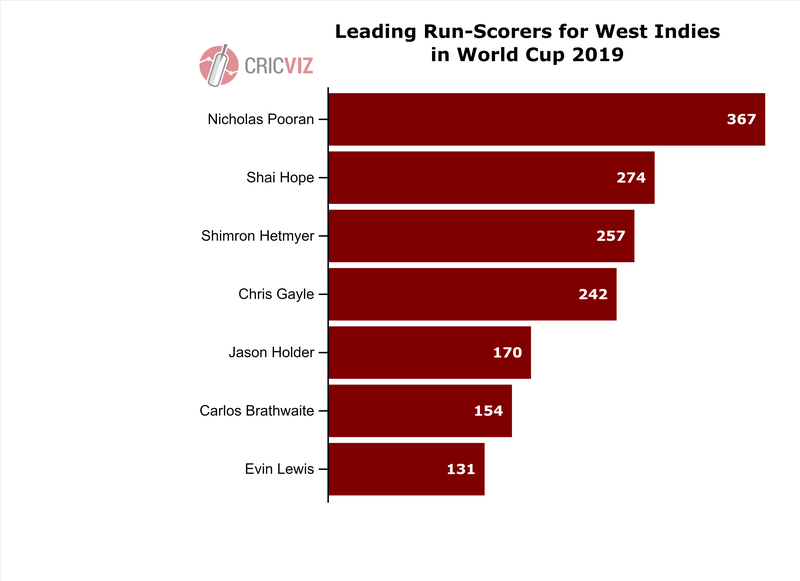 His wagon wheel shows the strength of the young batsman square of the wicket. Almost 100 of his runs have come square on the legside, in front of square leg. Many of his pulls are almost Lara-esque, with his front leg pulled up and hips swivelling. 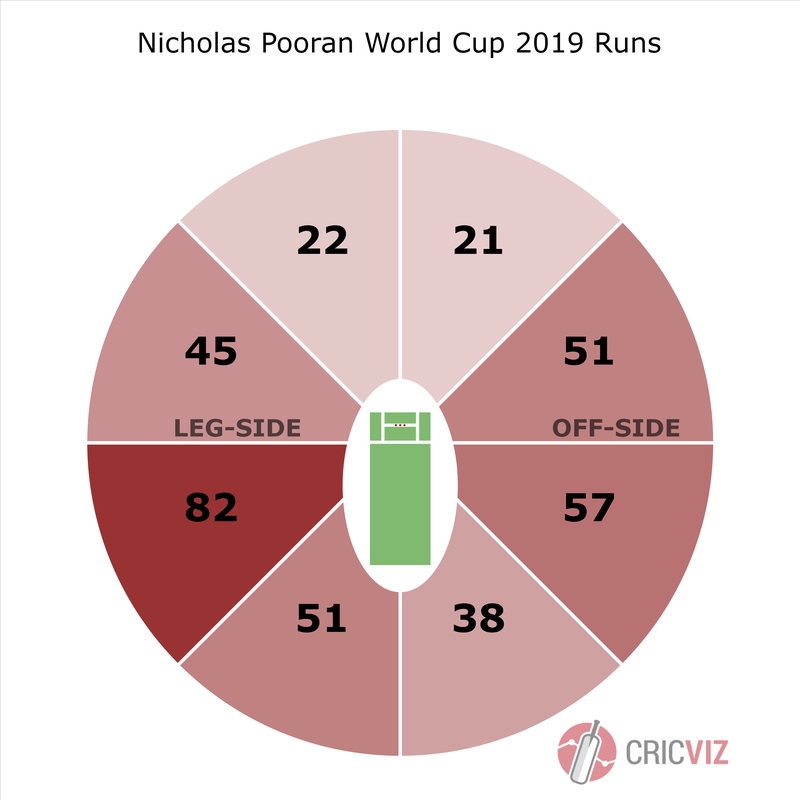 As this beehive of his shots in this World Cup illustrates, Pooran has hit boundaries against all sorts of deliveries; full and short, wide and straight. He is a flexible and skillful young player able to go through the full range of shots that a T20-based upbringing encourages. 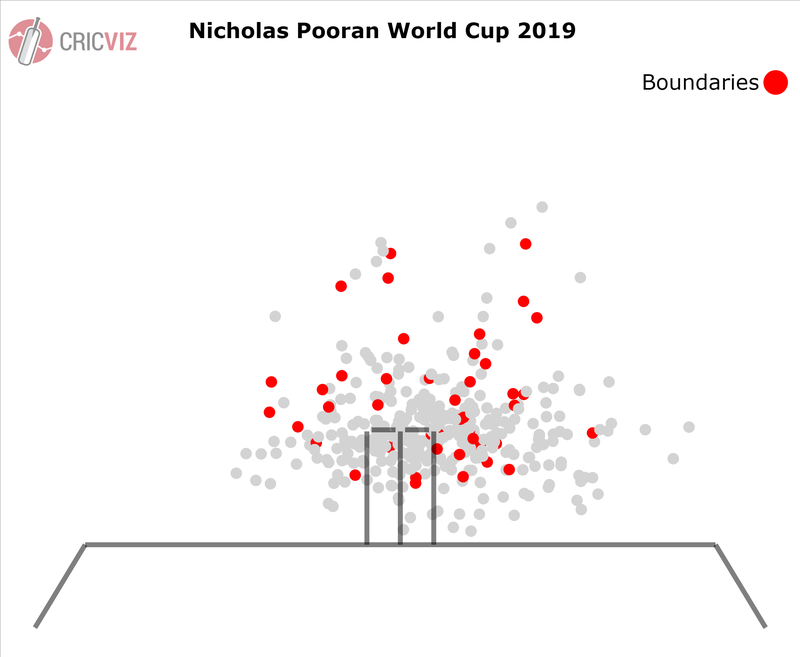 With the ball, Cottrell has been as exciting, if not more so. He’s taken the most wickets of any Windies bowler in the tournament. 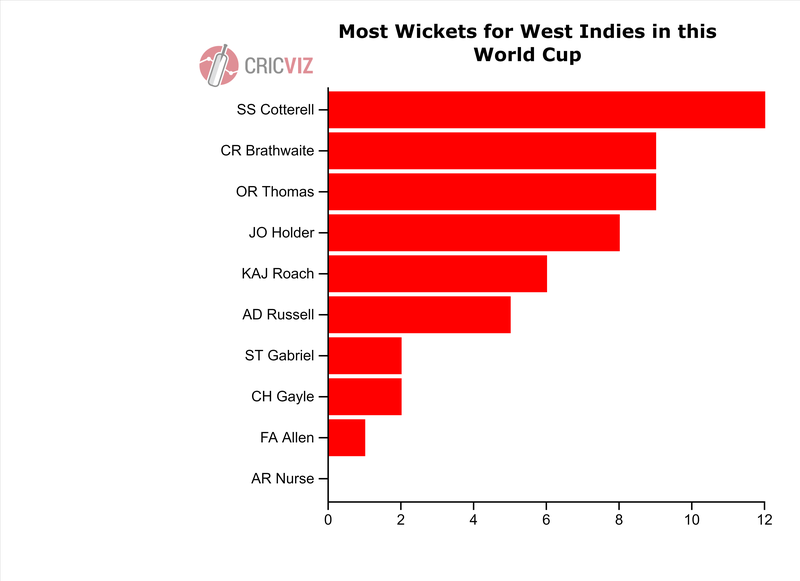 Despite a dropped catch today, he’s still been the best Windies fielder in the competition. His excellent catching and ground fielding have seen him saved a whopping 36 runs in the tournament, whilst his catch in the outfield against Australia was an iconic moment for the World Cup as a whole. 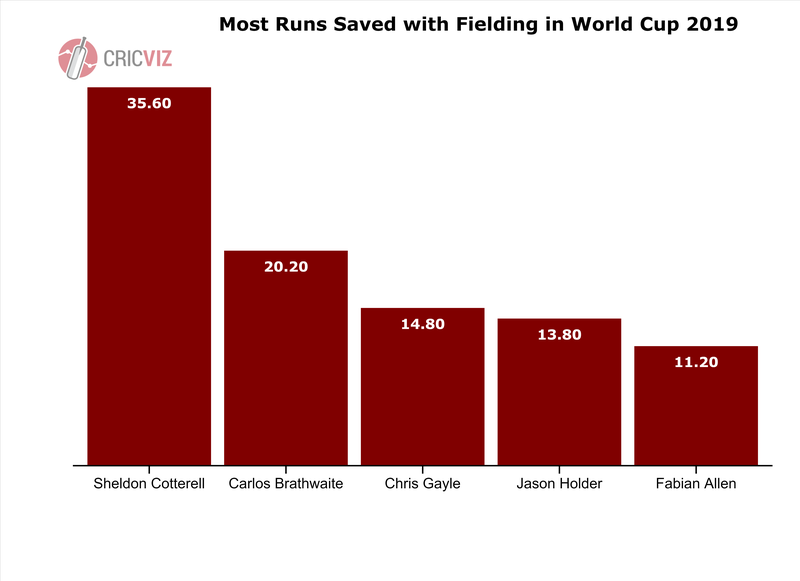 Ultimately it’s been a difficult competition for Jason Holder and his team, but not all failed campaigns give as much cause for optimism as this one. A core of young West Indian players have shown that, even at this early stage of their careers, they can produce individual performances on an international stage. The challenge going forward is to bring all that together, consistently - if they can, you would hope that in four years time this young talented squad could be a genuine challenger.