Chase and Hope savor taste of Series win against Afghanistan

Roston Chase, the Man-of-the-Series and Shai Hope, the Man-of-the-Match, both celebrated their first ODI series win in West Indies colours after piloting the team to a comfortable win over Afghanistan on Monday night. 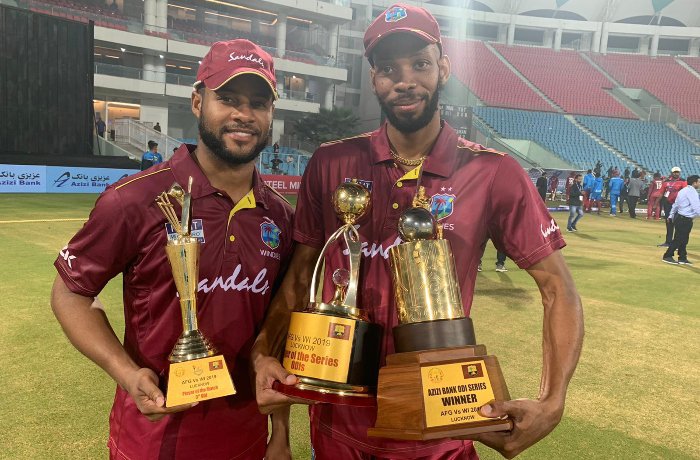 The pair added a vital, unbroken partnership as the visitors won the third and final match by five wickets to take the series 3-0. The clean sweep marked the West Indies’ first series win since 2014 and first away from home since 2011. 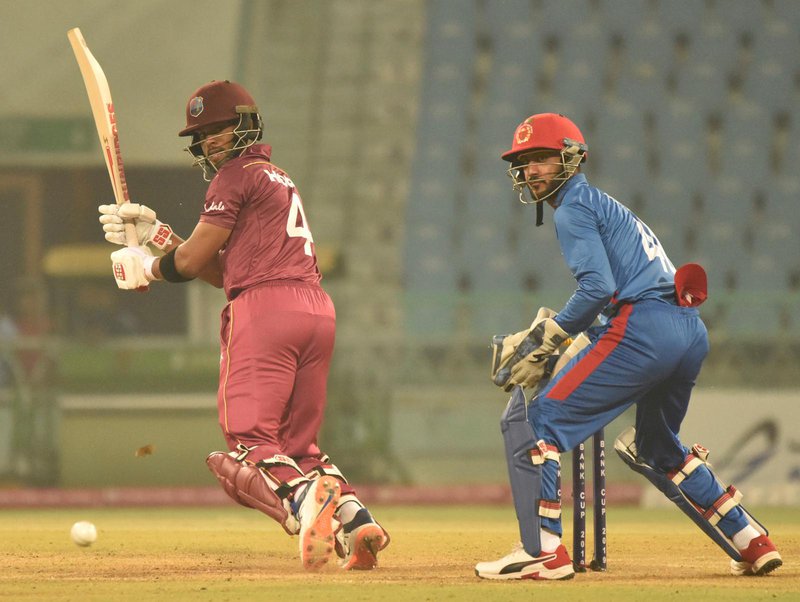 Chase made his ODI debut in June, 2017 against Afghanistan while Hope made his first appearance six month earlier in Zimbabwe. Both have tasted series success in Test cricket – they were members of the team which beat England on home soil in spectacular fashion to reclaim the Wisden Trophy earlier this year. Chase played a crucial role in that three-match rubber with an eight-wicket haul in Barbados and a back-to-the-wall century in Saint Lucia.

Chase was again instrumental in this series win. He was named Man-of-the-Series – with overall bowling analysis of 30-0-85-6 – making him the leading wicket-taker. He also scored 145 runs in three innings (average 72.5) and a top score of 94 in the opening match last Wednesday. 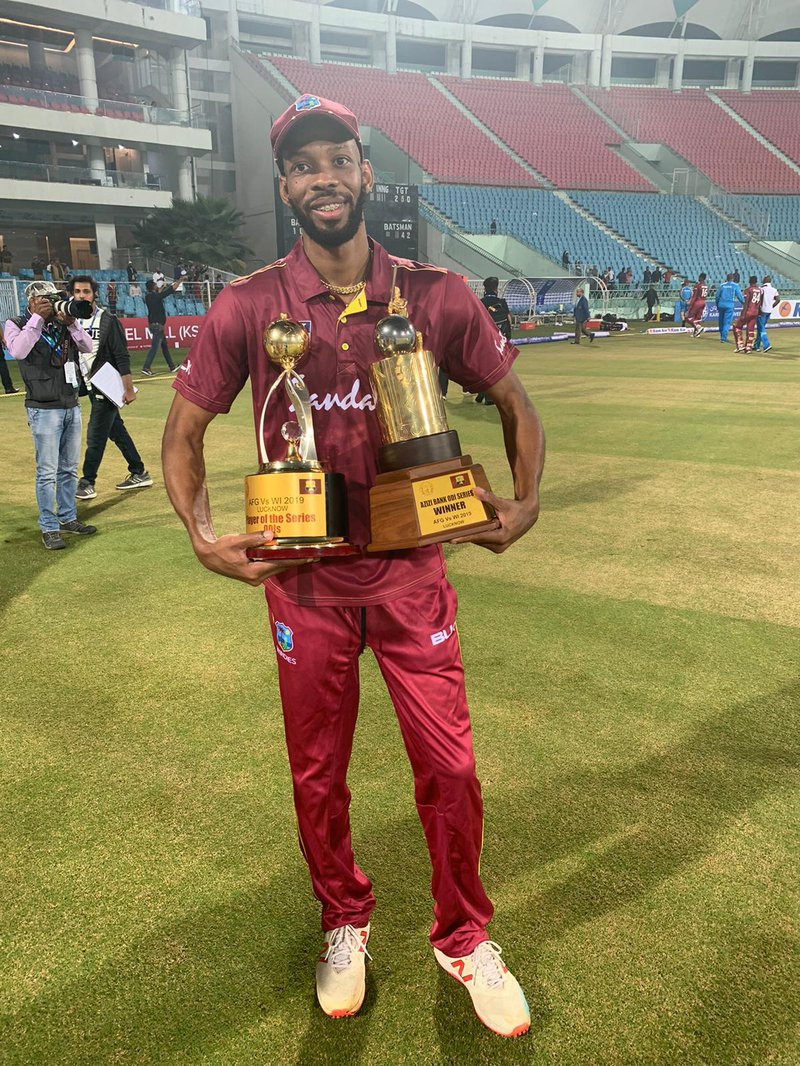 Both players spoke to CWI Media at the ground after the series finale on Monday and were delighted to be part of the winning ODI squad.

“It feels great being able to perform and do so well. As a team we are extremely happy to win the series and also to win today and make it three-nil is what we wanted. A series win is something we worked hard for and I must congratulate everyone on this overall team effort,” said Chase.

“This is my first Man-of-the-Series award in any form of cricket for the region so it’s a proud feeling. The pitch was offering me a bit of purchase and with my height it made it a bit uncomfortable for them playing the bounce. Today, walking out to bat, the coach told me to just go at a run-a-ball and we would be alright. Hope was quite calm at the crease and that helped to calm my nerves. So, it was a really good partnership and he batted really well,” he finished.

Hope too was thrilled that his immense contributions when a long way in leading the team to the series triumph. Having celebrated his 26th birthday on Sunday, he marked the occasion with the ton on Monday.

He opened the batting after keeping wicket and stayed to the end when the victory was achieved with eight balls to spare – West Indies reached 253-5 off 48.4 overs in reply to Afghanistan’s 249-7 off 50 overs. He finished the job on 109 not out – his seventh ODI century. 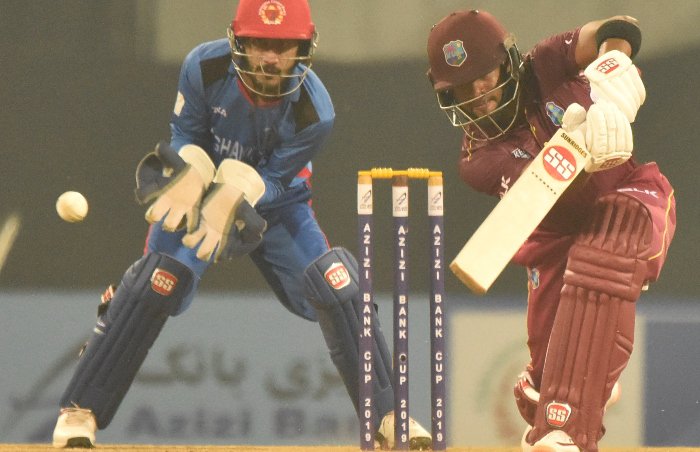 “It was a long time coming. As a team, we have been working very hard and fighting hard and we have been waiting for this series win for a long time, so it felt good. Someone had to put his hand up and bat through the innings. It felt quite good to be able to do it. Basically, it came down to just reading the situation, and as long as someone batted through, we were always going to win the game,” Hope said.

“Trying to be aware of each and every situation, that is the key… to make sure I stay there for the team. I have the ability change gears and to bat through the innings so I just want to be consistent and carry this kind of form into the next series and into other series to come,” he finished.

Hope was the leading batsman in the series with scores of 77 not out in the opening win by seven wickets last Wednesday; 43 in the second victory by 47 runs last Saturday; followed by the century on Monday. In the process he reached 1,000 runs this year and joined Desmond Haynes (twice), Chris Gayle (twice), Sir Vivian Richards and Brian Lara as other West Indians to achieve this feat.

What’s Next: The two teams will meet again on Thursday for the first match of the T20 Series at the same venue.

CRICVIZ ANALYSIS: A LOOK AT SHAI'S AMAZING INNS VS AFGHAN

ROSTON CHASE: A GENUINE ALL-ROUNDER IN THE 50-OVER FORMAT?