The Home of West Indies Cricket
News
/
Special Feature
/
Shai Hope: Moving up the ODI rankings with class and elegance

Shai Hope: Moving up the ODI rankings with class and elegance

Shai Hope is in elite company. In ODI history, only eight players have batted 50 innings or more and are able to boast an average in excess of 50. The other names in the list are of course some of the greats of the 50-over game: Kohli, Bevan, de Villiers, Dhoni. Hope has quietly batted his way into the pantheon of leading ODI batsmen. 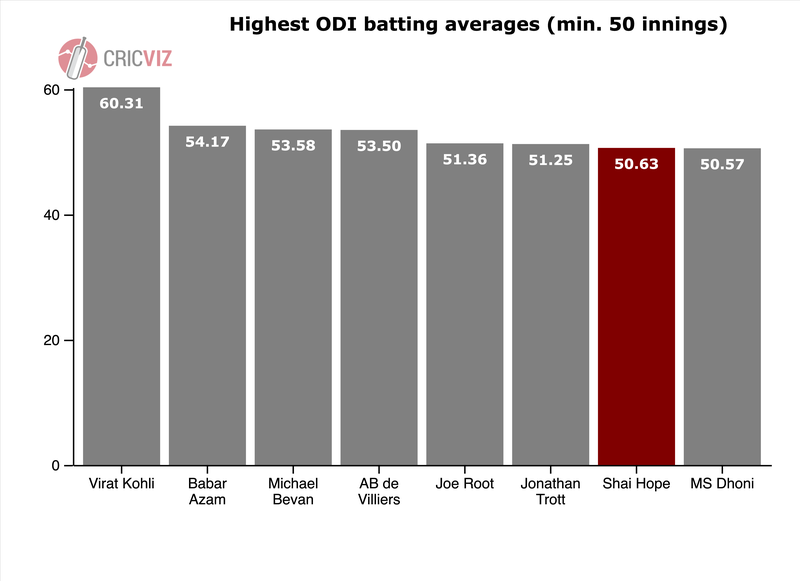 Yesterday in Lucknow, Hope scored his seventh hundred in the format, anchoring the innings as West Indies chased down 250 with eight balls to spare.

Shai Hope has been a super consistent scorer in the white ball format. Done exactly what the team required today, and in this series. Gifted himself a belated birthday present🎂🎂. 7th ODI century and an avg of 50👏🏻👏🏻👏🏻👏🏻.

Hope finished on 109*, the fourth time he’s remained unbeaten having reached three figures in an ODI innings. Three of those four instances came in run chases, two of which resulted in West Indies victories, with the other occasion the tied match against India in 2018.

WATCH THE POST-MATCH INTERVIEW BELOW!

That is a measure of Hope’s ability to see the job through to its conclusion. He’s not a batsman to make a quick fifty and throw his wicket away, rather he takes responsibility to lead from the front and see his side home.

Hope now has 21 scores of 50 or more in just 64 ODI innings. Since he made his debut in 2016, only four players have passed 50 more often – Virat Kohli, Rohit Sharma, Joe Root and Ross Taylor – four of the finest ODI players of the modern era. Hope has earned his place alongside those greats not just through weight of runs but also when he’s scored those runs.

Hope’s 229 runs in the series against Afghanistan helped propel West Indies to their first series win since 2014. It’s been a long time coming but the convincing nature of the whitewash victory is an encouraging sign for the development of this youthful West Indies lineup.

Hope is remarkably one of the senior players in the side, despite having only just turned 26. He is the calm presence around which the more flamboyant youngsters, Shimron Hetmyer and Nicholas Pooran can express themselves. With Brandon King now in the mix as well, West Indies all of a sudden have a wealth of exciting young batting talent at their disposal. 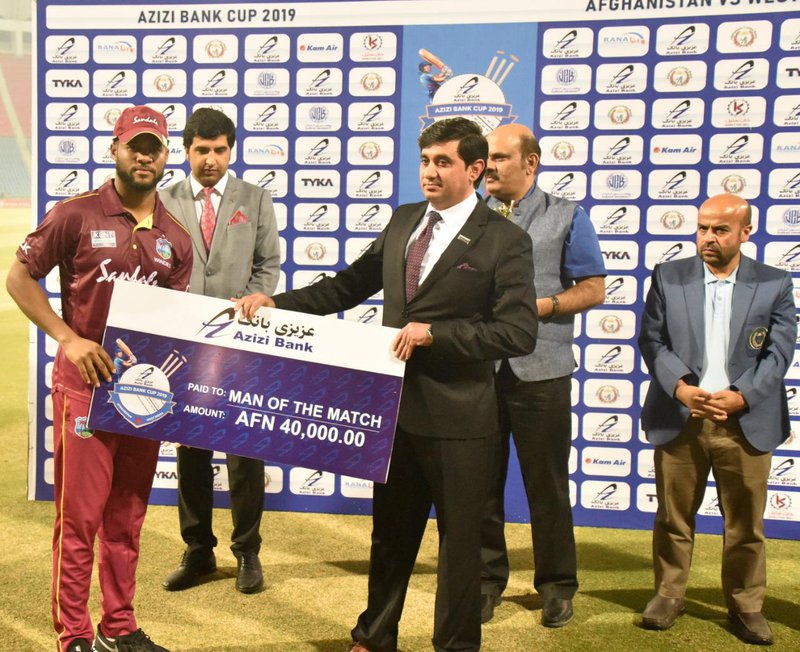 Hope has led from the front ever since he came into the West Indies side and the numbers suggest that he is getting better. With the talent and application he possesses, there is no reason he can’t continue to develop and cement his status as one of West Indies’ all-time greats in the 50-over format.