The Home of West Indies Cricket
News
/
Special Feature
/
Roston Chase: A genuine All-Rounder in the 50-Over format?

Roston Chase: A genuine All-Rounder in the 50-Over format?

Roston Chase might lack the firepower and flair of some of West Indies’ other all-rounders, but he put in another quietly accomplished performance with both bat and ball on Wednesday to secure a solid win for his side, putting them 1-0 up in the three-match series. 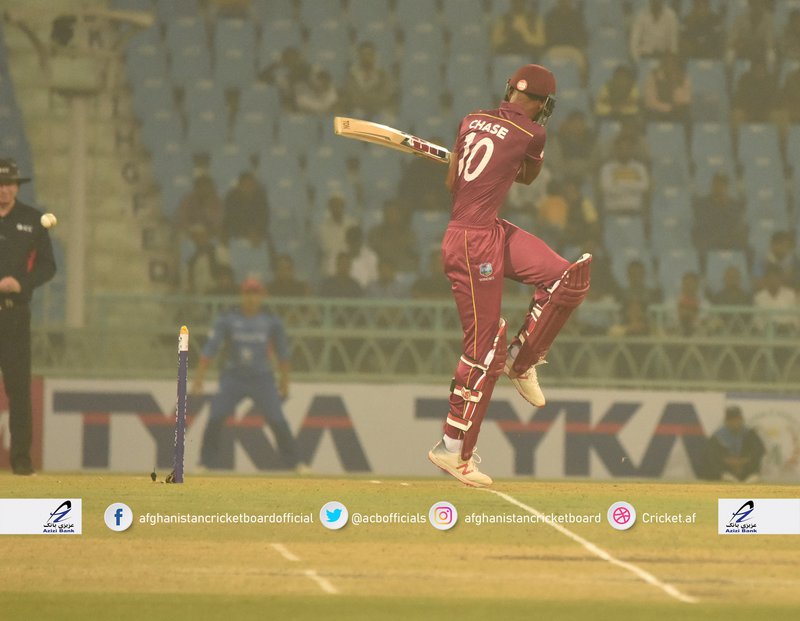 Feats such as these from the 27-year-old Barbadian should no longer be a surprise; already this year he’s bowled West Indies to victory over England in a Test match, while his five centuries in the longest format are more than any other West Indies batsman since he made his debut back in 2016.

#WIVENG: Roston Chase takes 8-60 to wrap up huge win vs England on Day 4 of 1st Test. WATCH below!

He is a genuine all-rounder and there are signs that he is starting to nail the 50-over format in the same way that he has done in Tests.

#WIVENG: Roston Chase scores a classy century vs England in Day 4 of the 3rd Test. Watch BELOW!

Newly appointed ODI captain Kieron Pollard introduced Chase into the attack in the 19th over in Lucknow, from which point the off-spinner bowled his allocation of ten overs in succession. Chase conceded just two boundaries in his spell and did not concede more than five runs in any over he bowled. 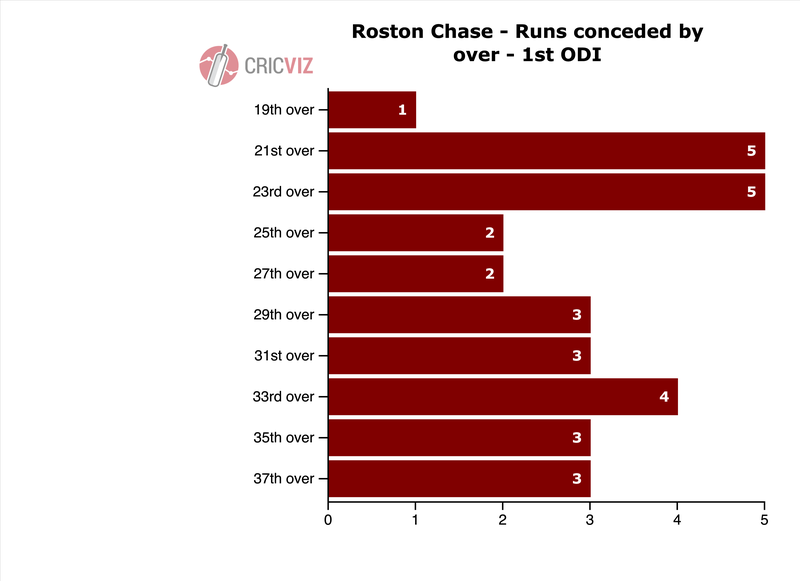 A performance like that is a captain’s dream – holding up an end with a miserly economy rate meant that Pollard only had to focus on his bowlers from the other end for nearly half of West Indies’ bowling innings. That Chase also picked up the wickets of the well-set Rahmat Shah and the dangerous Najibullah Zadran was an added bonus for West Indies and helped keep Afghanistan’s total to below 200.

Chase’s work was not done yet though. Afghanistan had started well with the ball, reducing West Indies to 25-2 in the eighth over when Chase arrived at the crease. The prerogative at that stage was to rebuild with Shai Hope and regain the initiative from the bowling side. The pair put on 163 runs for the third wicket before Chase was dismissed for a career high score of 94, with his side just nine runs away from victory. 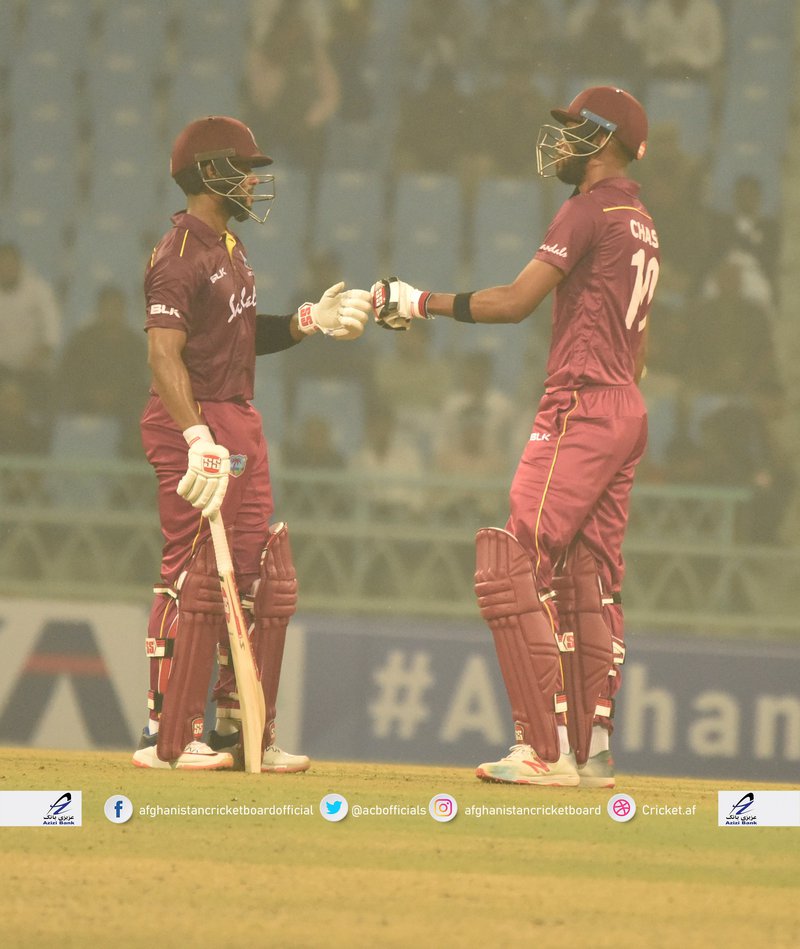 However, the pattern of Chase’s innings does not suggest that he set out to drop anchor before accelerating once he was in. Rather, Chase actually attacked more in the first 30 balls of innings than in the next 30 (26%, compared to 16%). With that aggression, his run rate was up at 5.80 for the first part of innings before dropping to 3.20 once he’d played himself in. 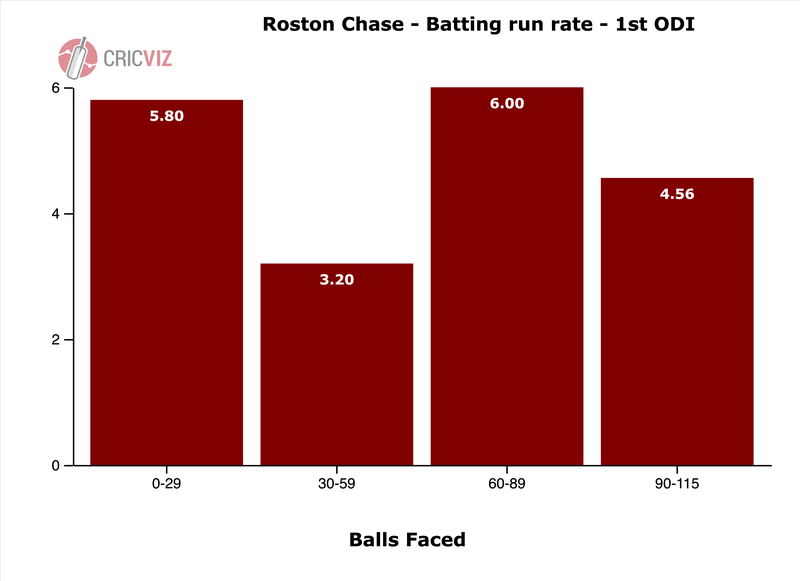 With a modest target and early wickets lost, Chase would have been forgiven for building his innings in a more circumspect way, but his approach of measured counterattacking put Afghanistan on the back foot and allowed him to reap the rewards later in his innings. Chase took a particular liking to the seam attack, attacking 52% of the balls he faced and scoring 30 runs from just 29 balls faced from the quicks. 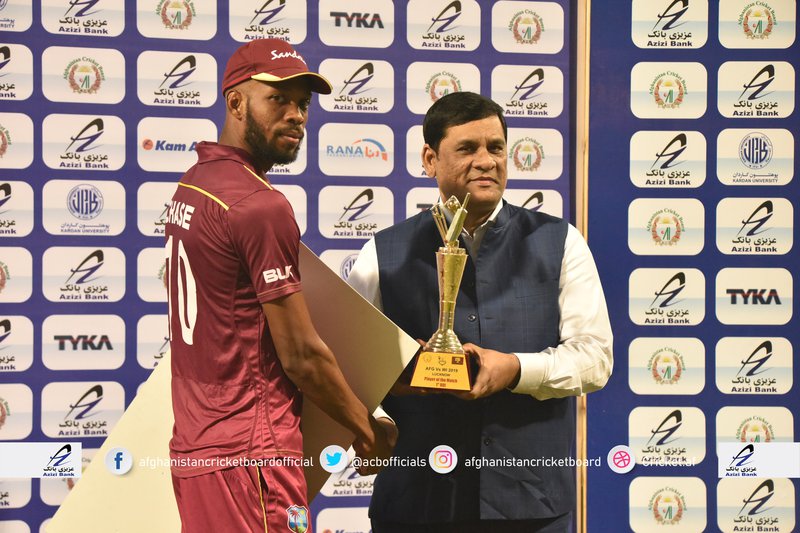 It was a shame that Chase was unable to cap a fine all-round performance with the century he deserved. Falling six runs short after being bowled by Mujeeb-Ur-Rahman, Chase had nonetheless delivered the killer blow to Afghanistan’s hopes of defending 194. His maiden ODI century continues to elude him, but it shouldn’t be far away if he continues to bat like this.