GROS-ISLET, St. Lucia – WINDIES batsman Roston Chase struck an entertaining fifth Test hundred to take some of the polish off a hollow 232-run victory for England in the third and final Test of the Wisden Trophy Series on Tuesday here.

Chase stroked an unbeaten 102, an innings which spared the WINDIES blushes, as they were bowled out for 252 about 20 minutes before the scheduled close on the penultimate day of the contest at the Daren Sammy Cricket Ground, chasing a highly improbable 485 for victory. 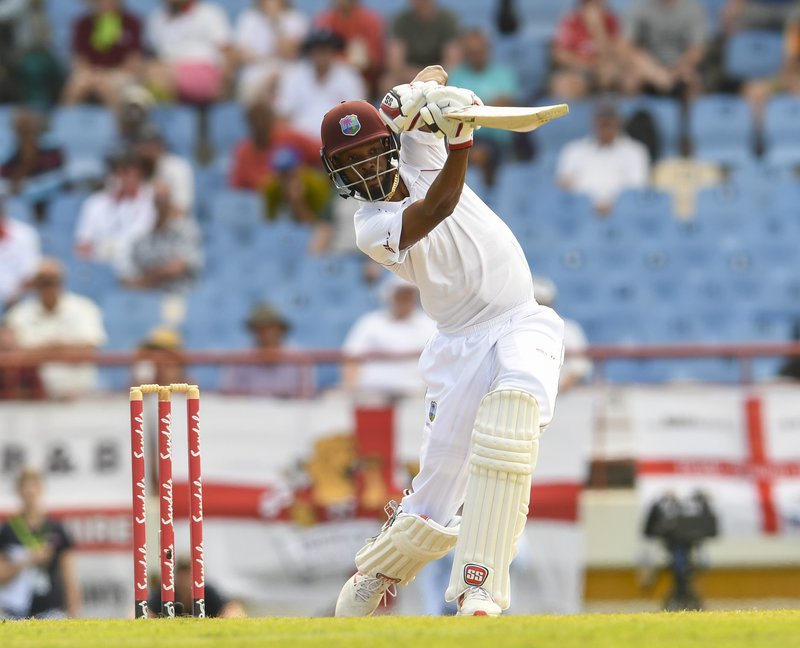 The lanky Chase led the charge for the WINDIES after their innings lay in ruins at 35 for four at lunch.

Alzarri Joseph unleashed a cavalier 34 off just 30 balls near the end and fellow tail-ender Kemar Roach produced a breezy 29 off 43 deliveries. 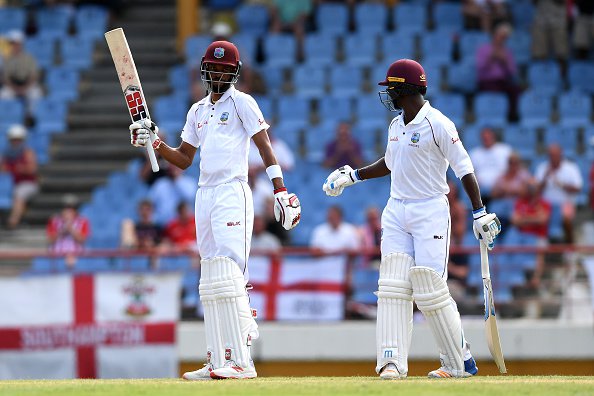 But the WINDIES’ innings was of academic interest only, as the result was never really in doubt once Jimmy Anderson wiped out the top order to take 3-27 from 11 overs and Moeen Ali cleaned up the bottom half with 3-99 from 21 overs.

The defeat, however, did nothing to detract from an outstanding series for the WINDIES which saw them crush England by 381 runs in the first Test three Saturdays ago inside three days at Kensington Oval and 10 wickets in the second Test two Saturdays ago inside three days again at the Vivian Richards Cricket Ground to clinch the coveted Wisden Trophy for the first time in a decade with a 2-1 series result.

The WINDIES were left with a difficult period to negotiate before lunch, after England, resuming the day on 325 for four, added a further 36 runs before declaring when captain Joe Root, unbeaten overnight on 111, was caught at mid-wicket for 122 off Shannon Gabriel, clipping a full toss to mid-wicket.

The home team revived memories of previous familiar batting failures, as they quickly slumped to 10 for three before losing Shai Hope just prior to lunch.

After the interval, Chase anchored the batting, but continued to run out of partners, as the WINDIES reached 136 for six.

After the break, the race was on for Chase to reach his milestone and it required the lame Keemo Paul to come to the crease for him to reach the landmark with a cut to the backward point boundary for four off part-time leg-spinner Joe Denly.

Enjoyed the cricket in sunny St. Lucia and want more adventure? Visit, and let her inspire you.