Ambris stole the headlines with a typically flamboyant 148 that included 19 fours and one six from 126 balls, as the WINDIES successfully chase 328 for victory with 13 balls remaining in the fourth match of the tournament that also involves Bangladesh.

The 26-year-old Ambris shared two significant partnerships – with Shai Hope and Roston Chase – to set the foundation for the visitors before Jonathan Carter and WINDIES captain Jason Holder practically formalised the result. 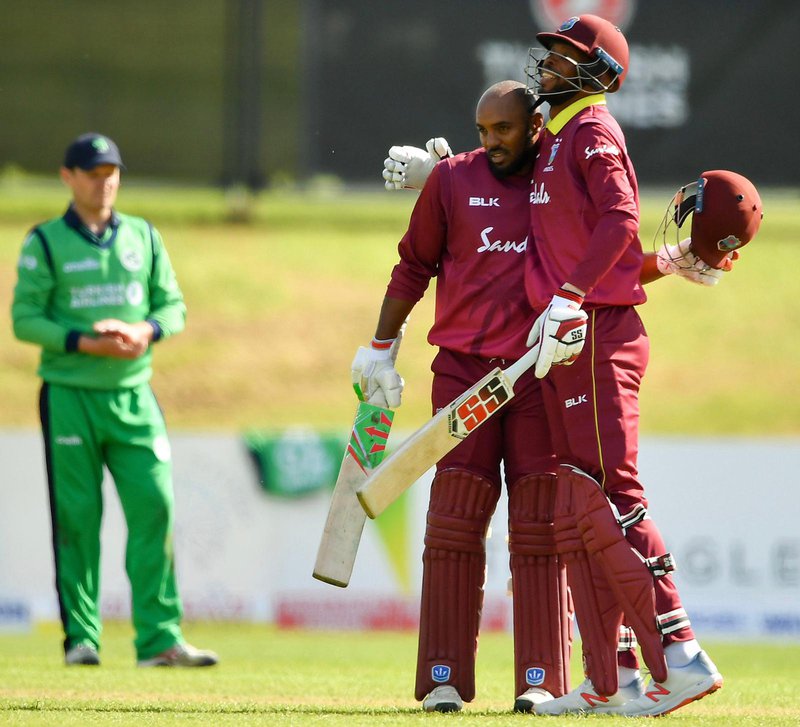 Chase made 46, Carter was not out on 43, Holder got 36 and Hope added 30, as the victory meant that the West Indies became the first of three sides to reach the Final which takes place next Friday at this same venue.

Ambris, playing only his fourth ODI, and Hope, a century-maker in each of the team’s previous two matches in the tournament, shared an opening stand of 84 to give the WINDIES a solid start to chase. 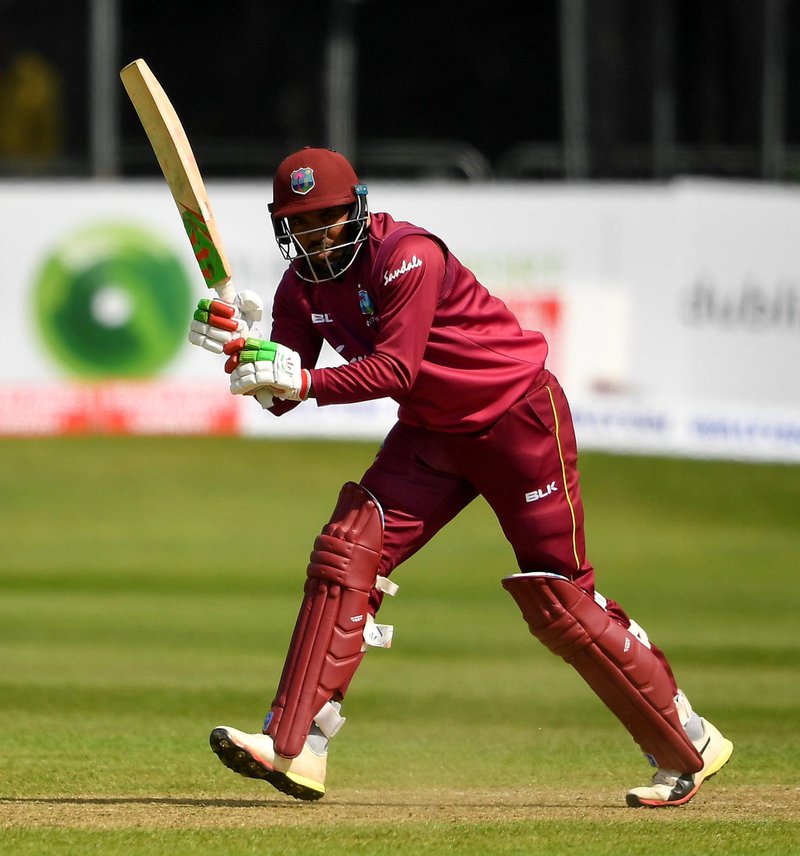 Hope fell in the 13th over to a fantastic catch at point by James McCollum off former England fast bowler Boyd Rankin and Darren Bravo was caught on the long-off boundary for 17 off Paul Stirling’s off-spin.

The Caribbean side were 112 for two in the 20th over, but Ambris anchored the batting until the 40th over, putting on 108 for the third wicket with Chase before Ireland struck in consecutive overs removing them both.

West Indies needed 76 from the last 10 overs at this stage, and Holder came to the crease and with Carter manhandled the Irish bowling before he was caught at mid-off with one required off Rankin, the pick of the Ireland bowler with 3-65 from 7.5 overs.

Carter formalised the result off the, when he edged Rankin just wide of the ‘keeper for four to third man, as the WINDIES completed just their second ever 300-plus chase in ODIs.

Earlier, the West Indies attack failed to inroads into the Ireland batting and Andrew Balbirnie hit a stroke-filled 135 to propel the hosts to 327 for five from their allocation of 50 overs, after they elected to bat.

Left-arm pacer Sheldon Cottrell struck in the fifth over with the scalp of McCollum, but Balbirnine held the innings together with a knock that included 11 fours and fours sixes from 124 balls.

Shannon Gabriel ended with 2-47 from his allotted 10 overs to be the most successful bowler, but Stirling with 77 from 98 balls and O’Brien with a rollicking 63 from 40 balls kept the West Indies attack on its heels.

The WINDIES meet Bangladesh this coming Monday at this venue in their final match of the preliminary stage, which concludes two days later when the hosts and the Bangladeshis face off at Clontarf.