“Young Ross” to make T20I debut on the biggest stage 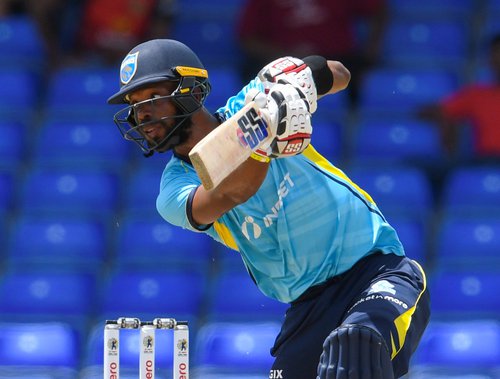 Since 2013, the Caribbean Premier League (CPL) has been the breeding and nurturing grounds for West Indian T20 talent. With young Caribbean players getting the opportunity to rub shoulders with the T20 giants from around the world, they are given a chance to test their skills at the highest level.

None other has grasped that opportunity with as much vigour as Roston Chase over the past two years. After being virtually the last player picked up in the 2020 CPL by the St. Lucia Zouks, Chase managed to lead the team in runs throughout the competition, amassing a total of 225 runs, at an average of 37.5 in 11 matches. He had 2 fifties in the process and also picked up 9 wickets for the franchise, who unfortunately lost in the final.

This year, Roston returned to the CPL with the same enthusiasm and drive that facilitated his success in the previous edition. He went even better and managed to become top scorer in the entire competition with 446 runs. They were scored in 12 matches, at an average of 49.55 and an impressive strike rate of 144.33, especially considering his primary role as an anchoring batsman. He was named MVP of the competition, although his team again faltered in the final.

“Young Ross” will now be looking to take his stellar T20 form into West Indies colours, having attained his frist squad selection for the upcoming T20 World Cup. Cricket fans throughout the region will be hoping he becomes Mr. Reliable for #MissionMaroon and Chase definitely has all the attributes to do so. Along with the rest of the team, Roston will be looking to secure a third T20 World Cup win for the region.