CHENNAI, India – THE WINDIES lost the 3rd and final T20 International to India by 6 wickets in a nail-biting, last-ball single at the MA Chindambaram Stadium in Chennai. WINDIES made 181/3 from 20 overs and India 182/4 in their 20 overs. 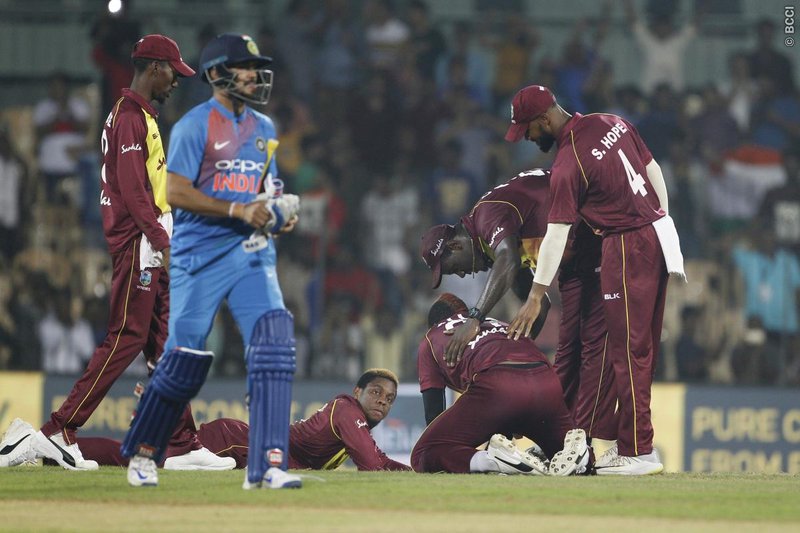 WINDIES won the toss and elected to bat first, playing an unchanged squad from the second match in Lucknow, while India had three changes. Kuldeep Yadav Umesh Yadav and Jasprit Bumrah were replaced by Washington Sundar, Shahbaz Nadeem and Siddharth Kaul. Shai Hope and Shimron Hetmyer opened the batting for the WINDIES. The pair fended off the first over from Khaleel Ahmed, with Hope taking just a single from it.

Hetmyer then switched into run-mode and went after Bhuvneshwar Kumar, flicking him off his legs for the first WINDIES boundary. Hope had a little bit of indecision when he came charging down the wicket for a single but Hetmyer sent him back just in time. Next ball, went straight back over the umpire’s head for another four. And he wasn’t done as he sliced one through midwicket for another boundary. The WINDIES soaring at 8-runs per over. 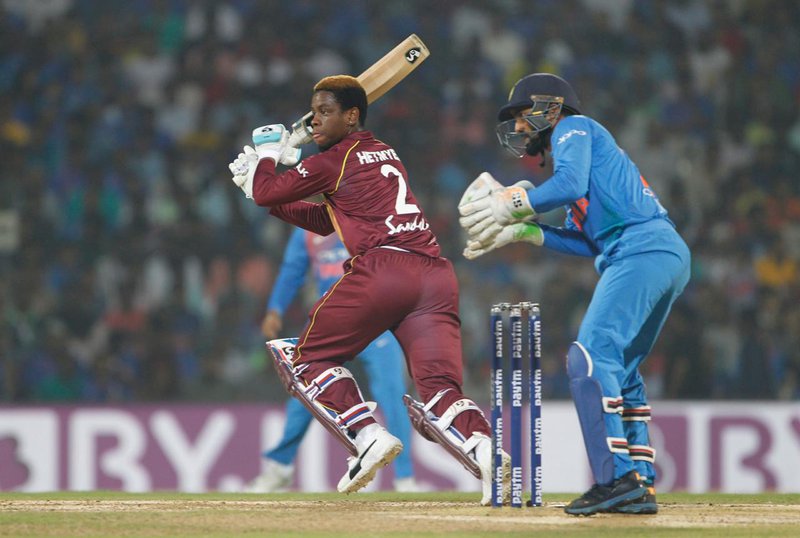 Not to be left out the action, Hope started his boundary count. First it was a pull-shot, then he opened the face of the bat to ease one through midwicket for a second boundary. Hope took a liking to Krunal Pandey in that over as he then launched him over the boundary ropes for six. Hetmyer then added one of his own straight past mid-on. Hope and Hetmyer posted the biggest WINDIES opening partnership of the T20 series. With 51 runs on the board, Hope was looking for another big one, but a mistimed shot off Chahal went high into the air and was caught by Washington Sundar for 24.

Hetmyer and new batsman Darren Bravo, then slowed the scoring and looked to consolidate the lost wicket, taking quick singles. Sundar then had a chance to have Hetmyer caught and bowled, but he dropped the chance. Chahal returned and got one to spin away from Hetmyer who holed out to Krunal in the deep for 26. The WINDIES now 62/2. 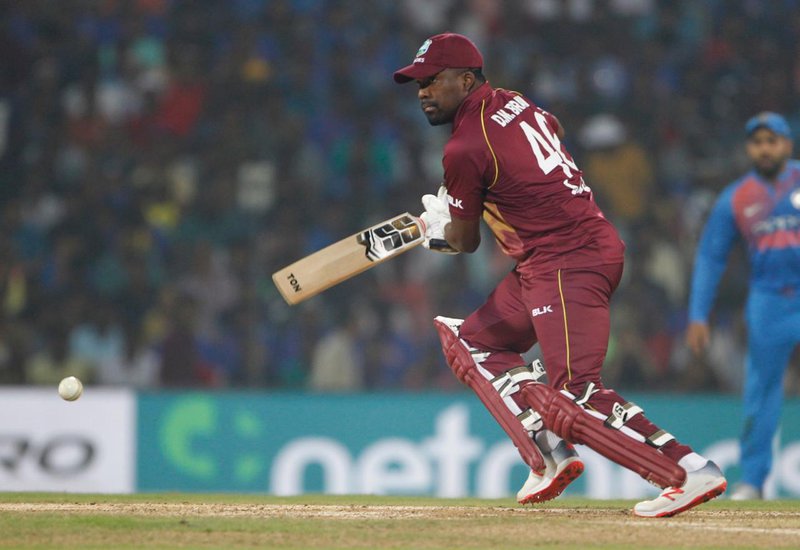 Darren Bravo continued picking up the singles and so to new batsman Denesh Ramdin. Bravo got a low delivery from Chahal that he almost chucked onto his stumps, but it missed and went between the keeper’s legs for a boundary.

Ramdin was given a life in the 12th over when Krunal dropped him off his own bowling. Ramdin made him pay for the missed chance as he smashed him for six. However, his innings didn’t last that long, as Sundar returned and got Ramdin to play at a turning delivery which he chucked on to his stumps. Ramdin, bowled for 15. 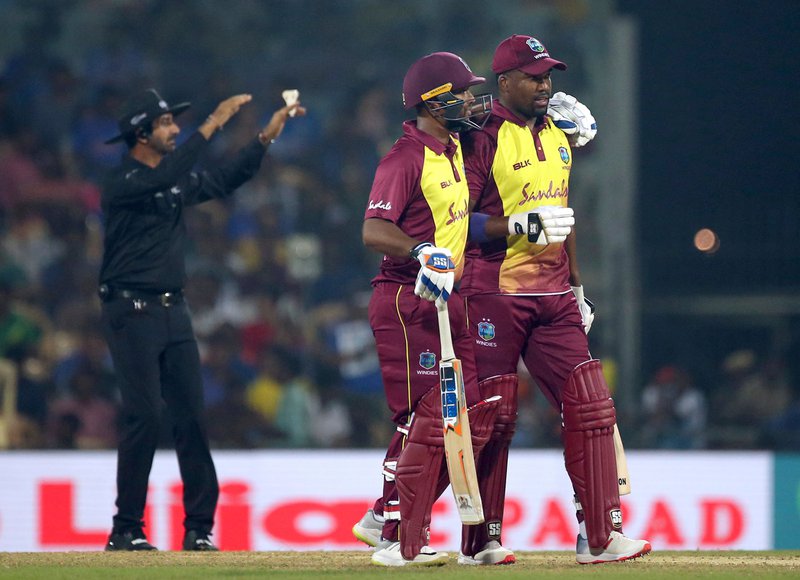 It then became the Bravo and Nicholas Pooran show. The pair took the WINDIES to the end of their 20-over innings. Pooran was the stylish one, using the reverse switch-shots with mastery. Bravo looked classy, snatching a couple fours and sixes of his own. Pooran smashed back-to-back- sixes to carry the WINDIES pass 100. The 50-run partnership came in only 28 balls for Bravo and Pooran. Another switch-hit saw Pooran dropped by Chahal with the ball going for six. Bravo flicked a half-volley for another six. Pooran then looked fearless against Khaleel Ahmed, taking him for a 4 and 6 in successive deliveries. Pooran brought up the first half-century by a WINDIES batsman this series when he used the reverse shot again to get another boundary. 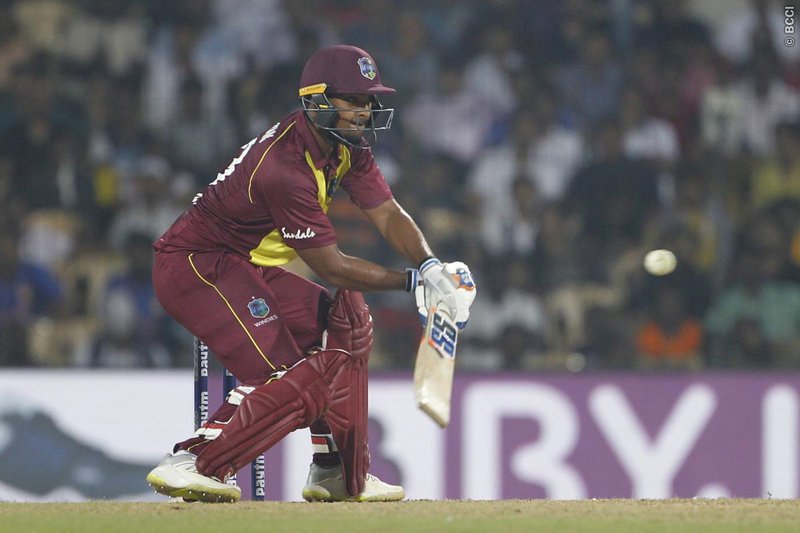 The WINDIES closed their innings on 181/3 from 20 overs. Pooran not out on 53 and Bravo not on 43, with a partnership worth 87-runs. Yuzvendra Chahal was the best Indian bowler, taking 2/28 from his 4 overs.

Shikhar Dhawan and Rohit Sharma looked set to go after the WINDIES total. But Keemo Paul had other ideas, as he had Rohit caught by Carlos Brathwaite for 4. KL Rahul made a quick 17 off 10 balls before Oshane Thomas got him to edge one behind to Ramdin. India now 45/2. Then came the partnership that put India on course for victory. Dhawan was joined by Rishabh Pant and the pair looked merciless against a now faltering WINDIES bowling attack. Pant in particular was aggressive and going after the pace of the WINDIES quickies.

Dhawan and Pant featured in a 130-run partnership, before Pant going for one too many fancy shots, had his middle stump uprooted by Paul. Then, 8-runs short of a well-timed century and within victory, Dhawan was caught off Allen for 92, and the WINDIES looked back in it. Manish Pandey and Dinesh Karthik then looked for the handful of runs that was required. Fabian Allen bowled a superb final over, stifling the Indian batsmen. Needing 1 run off the last ball, the batsmen struck and ran, barely scampering home for the single.

The WINDIES bowlers looked on in disbelief as India clawed their way back into the match and to victory, winning the series 3-0, despite the best performance the WINDIES has had in the 3-match series. Bowling for the WINDIES Keemo Paul had the best figures with 2/32, while Oshane Thomas and Fabian Allen had 1 wicket each. Kuldeep Yadav was player of the series.