CHATTOGRAM, Bangladesh– The WINDIES under captaincy of Kraigg Brathwaite, showed tremendous composure and discipline on the opening day of the first Test match against Bangladesh in Chattogram.

The WINDIES skipper applauded his bowlers for bowling concisely on a wicket which started to throw up dust by the third session of the first day. Shakib al Hasan won the toss for Bangladesh and elected to take first strike on a pitch that is going to become more spin-friendly by the second day. Not to be down-trodden, the WINDIES bowlers looked to make early inroads into the Bangladesh batting line-up. 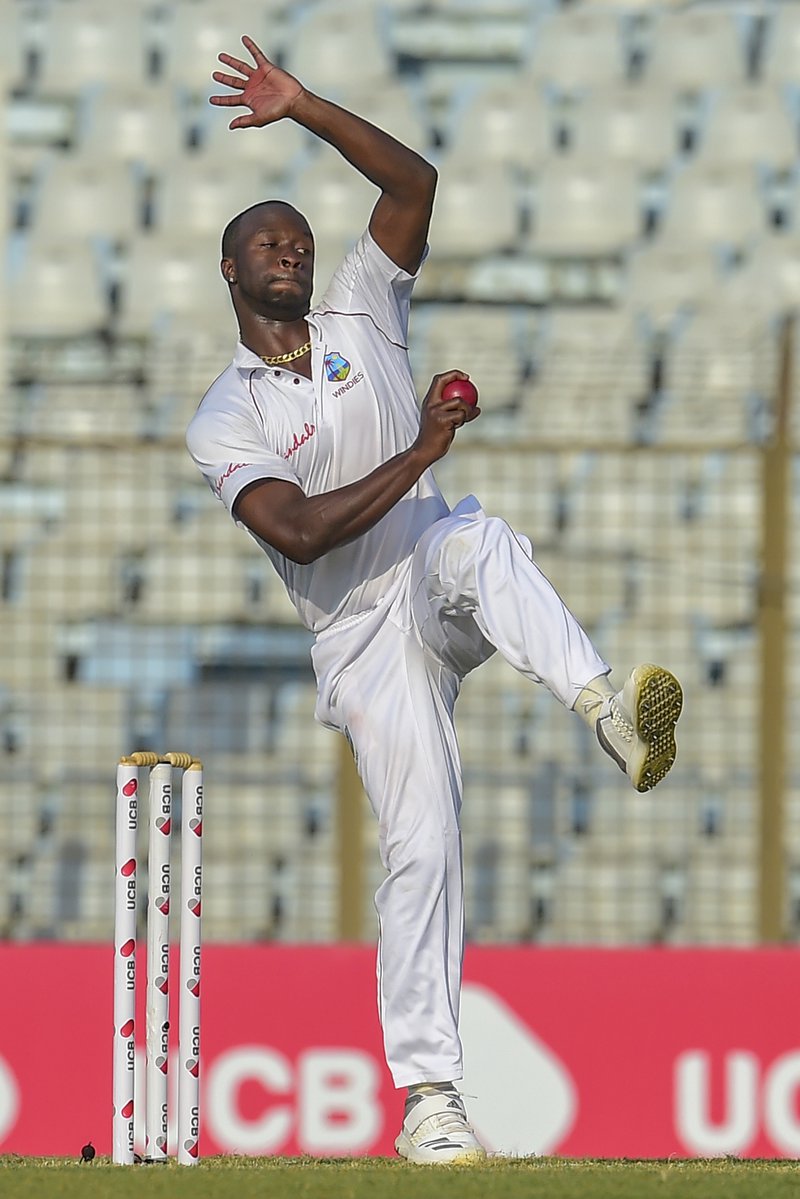 Kemar Roach struck early when he had Soumya Sarkar caught behind by Shane Dowrich for 0. Bangladesh recovered, with Imrul Kayes and Mominul Haque posting 104 runs together, before Jomel Warrican had Kayes caught at short-leg by Sunil Ambris for 44. Mominul was joined by Mohammad Mithun and the pair tried to carry on where Kayes left off. Devendra Bishoo was introduced into the attack, getting Mithun caught behind for 20.

Skipper Shakib al Hasan joined Mominul and the pair looked set to take Bangladesh to a solid first innings stand. Mominul brought up his eighth Test century. Together they added 69 runs before Shannon Gabriel was reintroduced into the attack and had Mominul caught behind for 120. That started the slide of wickets for Bangladesh as Gabriel picked up the next three wickets. Mushfiqur Rahim was the first to go, LBW for 4, next was Mahmudullah, bowled for 3, then Shakib bowled for 34. Bangladesh now 235/7.

Mehidy Hasan troubled the WINDIES bowlers for 22 runs until Warrican bowled him. Then came the most frustrating partnership to the WINDIES. Debutant Nayeem Hasan and Taijul Islam dropped anchor and built a 56-run 9th wicket partnership to see Bangladesh close day one on 315/8. Nayeem on 24 not out, while Taijul is on 32 not out. Earlier in their partnership, Warrican had a chance to runout Taijul but he fumbled the return, allowing the batsman to reach home safely. 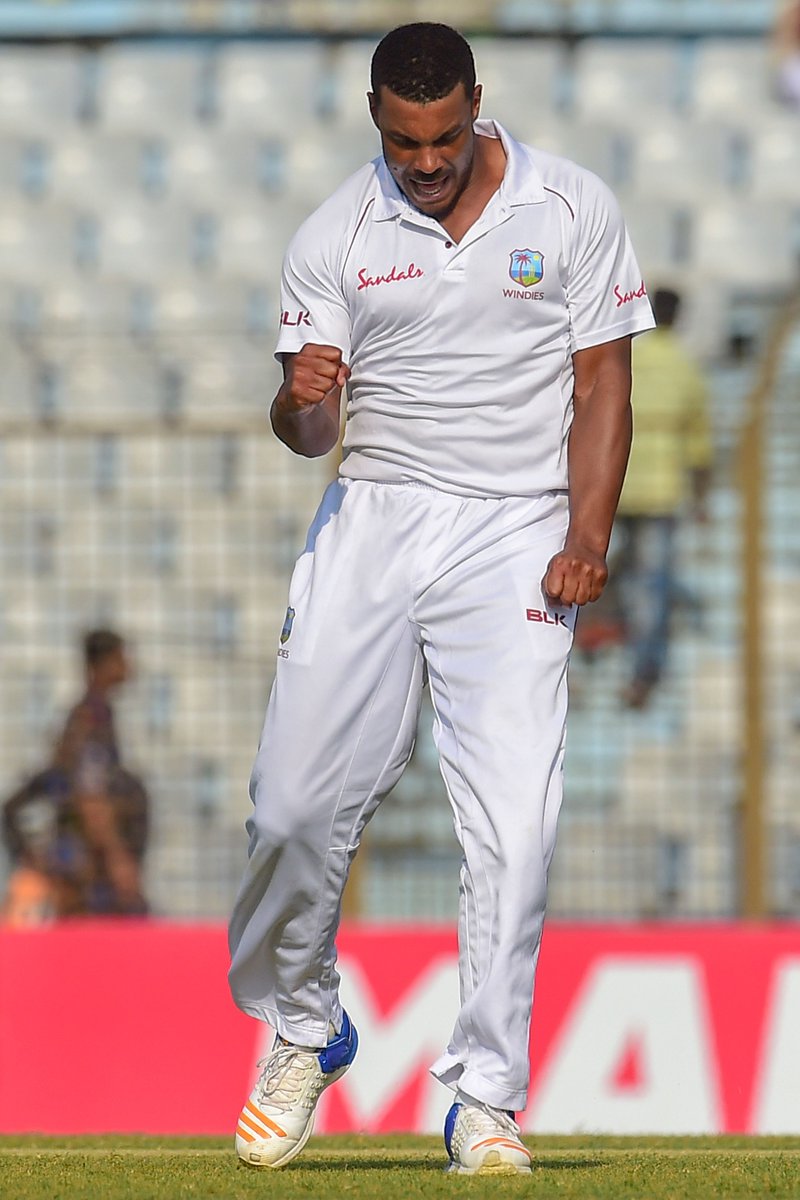 Shannon Gabriel was the pick of the WINDIES bowlers, taking 4/69 while Warrican had 2/62. The WINDIES will be looking for the remaining 2 Bangladesh wickets when play resumes at 9:30am local time.

Speaking after the day’s play, Jomel Warrican said “We want to get Bangladesh bowled out as quickly as possible. We don’t want them to bat too long into the second day and when we go to bat, chasing the total that Bangladesh puts on the board… that we get a good lead.”