In one of the most amazing performances in Test cricket history, Kyle Mayers made double century in his second Test innings as West Indies won the first Test match against Bangladesh on Sunday.

He was named Man of the Match and said:

"I'm always a positive person always believed in my ability and felt the team could do something special. We never gave up we all said to keep fighting. The skipper and the coach kept us in the game kept us believing and the bowlers did a great job to inspire us."

"It's a great feeling to play Test, to score a hundred, to get a double, and to win this match. This is the highest score of my life, so I want to thank everyone." 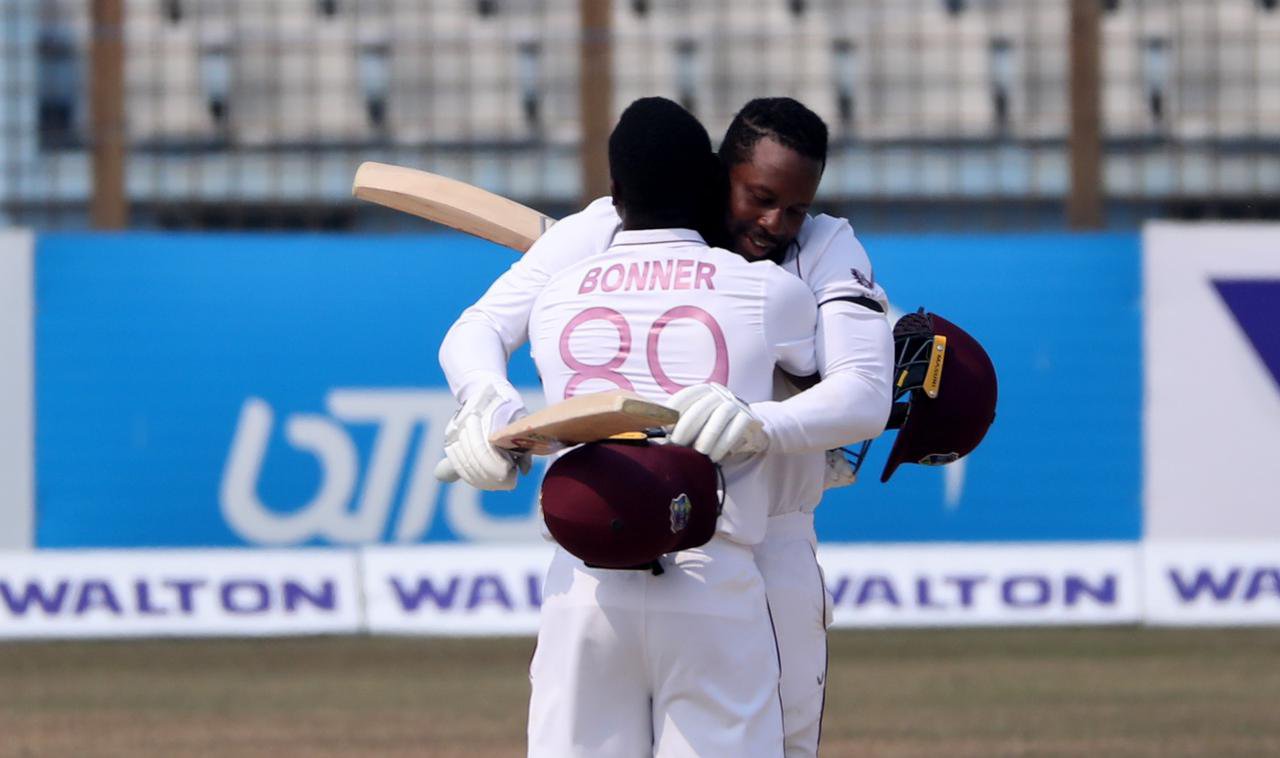 Mayers shared two very crucial partnerships — a record 216 fo the fourth wicket with Nkrumah Bonner, who made 86 also on his debut. The second stand was 100 for the sixth wicket with wicket-keeper Joshua Sa Silva, who made 20, in just his fourth Test innings.

Mayers’s innings will rank among the greatest of all time. It is the highest fourth innings by a debutant and just the second time a West Indian has made a double on debut - the first a the great Lawrence Rowe.

The crowning moment came when Mayers got a single to mid-on to record one off the greatest moments in West Indies cricket history after five days of hard work from the team.

After the sadness that greeted me this morning my day ends with such joy.
I am extremely proud and overjoyed for @K_Brathwaite @KyleMayers32 and the entire @windiescricket Test squad in Bangladesh on our victory in the first test. Amazing run chase today. #ProudWestIndian

What a sensational win from the @windiescricket. We never stop fighting and that's what we proved today. Absolutely buzzing with the winning feeling.

By far the best inns I’ve ever seen!

Has to be one of the greatest debut innings of all time. A double century in an away test on the last day leading one of the biggest run-chases ever. #KyleMayers. Wow!