Mayers puts up fight to give West Indies hope

Kyle Mayers batted with purpose and resilience as West Indies closed the penultimate day on 110-3 after being asked to make 395 for victory. The left-hander in his first Test match is on 37 not out off 49 balls with seven boundaries.

Most of his runs came through the off side mainly square of the wicket as he demonstrated assured footwork and confidence against the Bangladeshi spin attack. Mayers made 40 off 65 balls in the first innings on Thursday, and followed up on Saturday with more positive stroke-play. 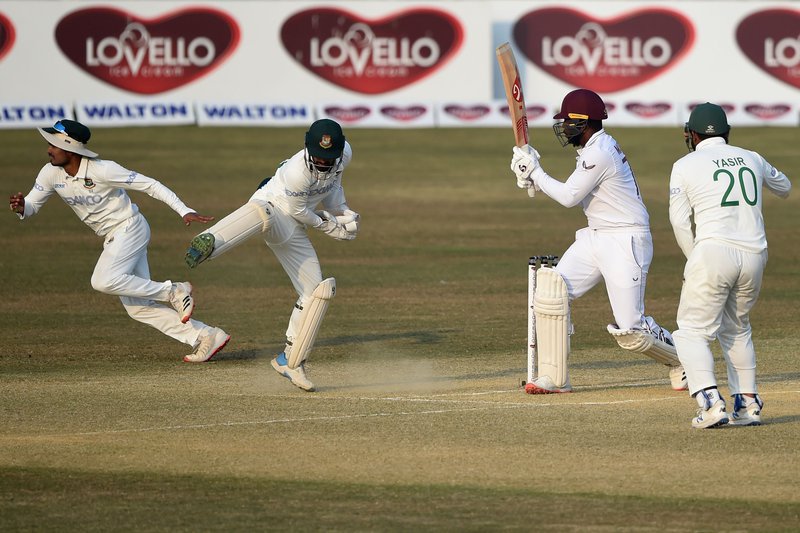 He has so far put together an unbroken half century stand for the fourth wicket with fellow debutante Nkrumah Bonner, who is on 15 not out off 63 balls. The pair will resume on Sunday, with the West Indies 285 runs away from the target with seven wickets in hand. 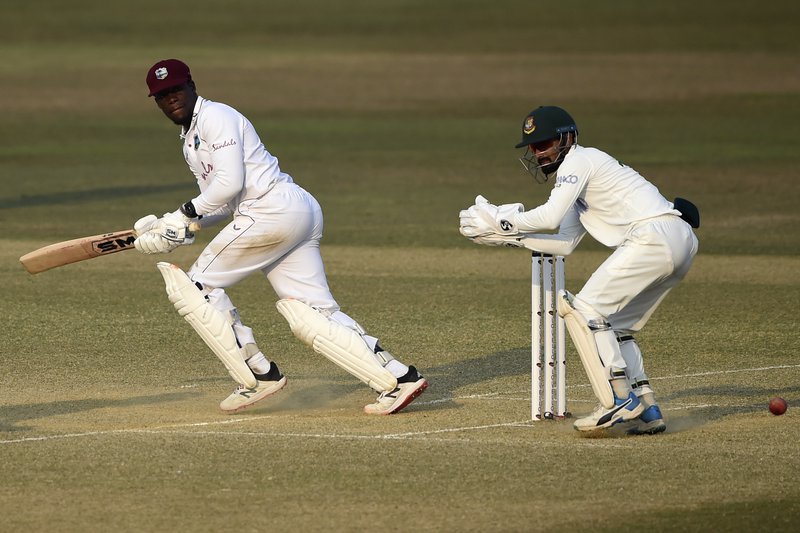 The visitors got off to a solid start from skipper Kraigg Brathwaite and left-hander John Campbell as they posted 39 runs in an hour for the first wicket. However they fell quickly as West Indies lost three wickets in space of 20 runs and found themselves struggling at 59-3. All three wickets fell to Mehidy Hasan - who has so far taken seven wickets in the match to follow up his first innings century.

Campbell played a number of powerful shots, but was leg-before wicket for 23, while Brathwaite was snapped up at short leg for 20. Debutante Shayne Moseley played back to a short ball but it kept low and he was struck in front for 12.

In the morning session, Bangladesh skipper Momimul Haque registered has 10th Test century as they declared at 223-8. He was the second wicket for fast bowler Shannon Gabriel, who bagged 2-37.