Jermaine Blackwood continued his good batting form with a solid half century while off-spinner Rahkeem Cornwall took two quick wickets with the new ball on an action-packed day. 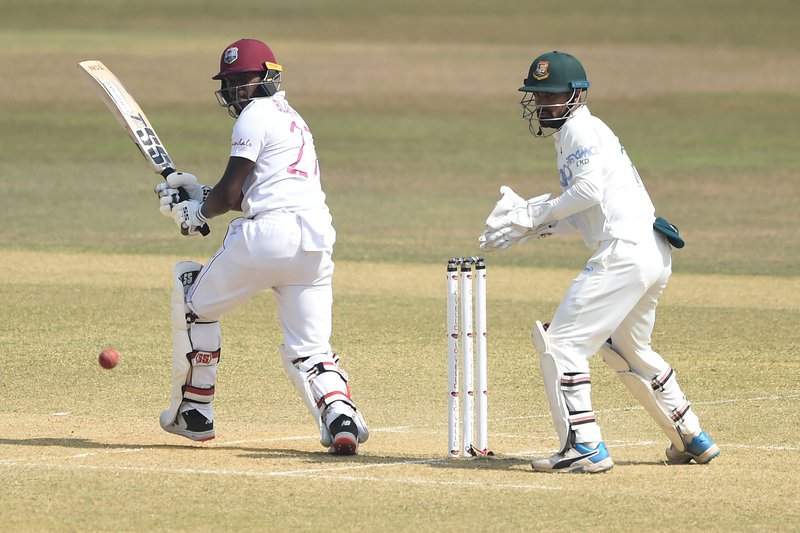 Blackwood made 68 and shared a crucial partnership with wicket-keeper Joshua DaSilva (42), before West Indies suffered a batting collapse. The pair added 99 to rescue the innings from 154-5, but both fell just before the tea break and visitors were bowled out for 259.

This gave Bangladesh a first innings lead of 171. In a gripping final session, when the West Indies again bowled well, the home side reached 47-3 — an overall lead of 218, with two days remaining in the match.

Fast bowler Shannon Gabriel troubled the Bangladeshi batsmen with his pace as he reached 147kph. He produced a series of short balls which led to the dismissal of opener Shadman Islam who was caught behind by Da Silva from a rising delivery. 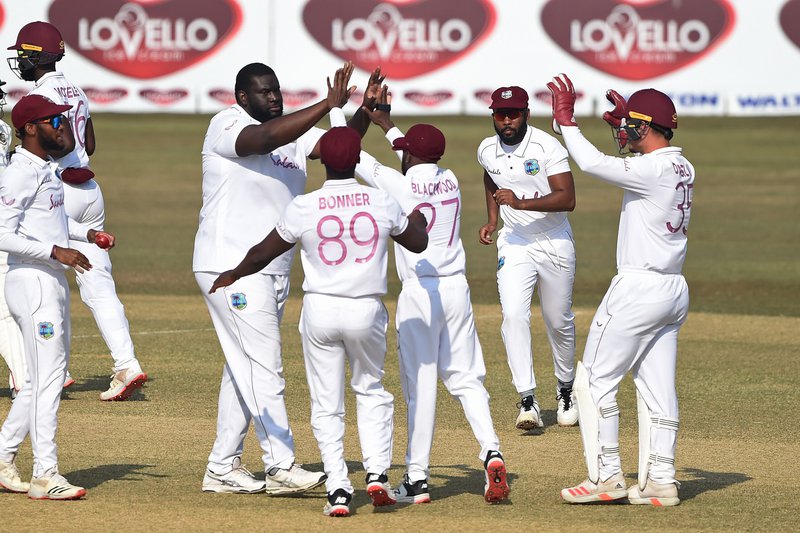 Cornwall earlier provided the ideal start with two wickets in his first over to leave Bangladesh on 1-2. First was Tamim Iqbal who was struck plumb in front to a delivery from around the wicket.

Cornwall maintained the same angle of attack to Najmul Hossain and this time got the ball to straighten, which took the edge. Jermaine Blackwood was well positioned wide at skip and held on to a sharp catch.