West Indies back to full training; Simmons pleased with build-up to face Proteas

GROS ISLET, Saint Lucia – The West Indies Men’s squad has returned to full training in two groups at their preparation camp in St. Lucia after all members of the squad returned negative PCR tests, following the latest round of testing that was conducted on Thursday.

They had team sessions on Friday as well as Saturday morning and afternoon and Head Coach, Phil Simmons is happy to be able to now finetune his squad’s preparation in the build-up to the two-match Test Series against South Africa. These matches will be played at the Daren Sammy Cricket Ground for the Sir Vivian Richards Trophy on June 10-14 and June 18-22 and are the final matches in the current cycle of the ICC World Test Championship. The Proteas are due to arrive on the island on Tuesday, June 1.

The West Indies players will be involved in a “Best v Best” four-day match, at the same venue beginning on Monday, May 31, and the Head Coach sees this as a great opportunity for all involved. Full details on this match will be made available later. 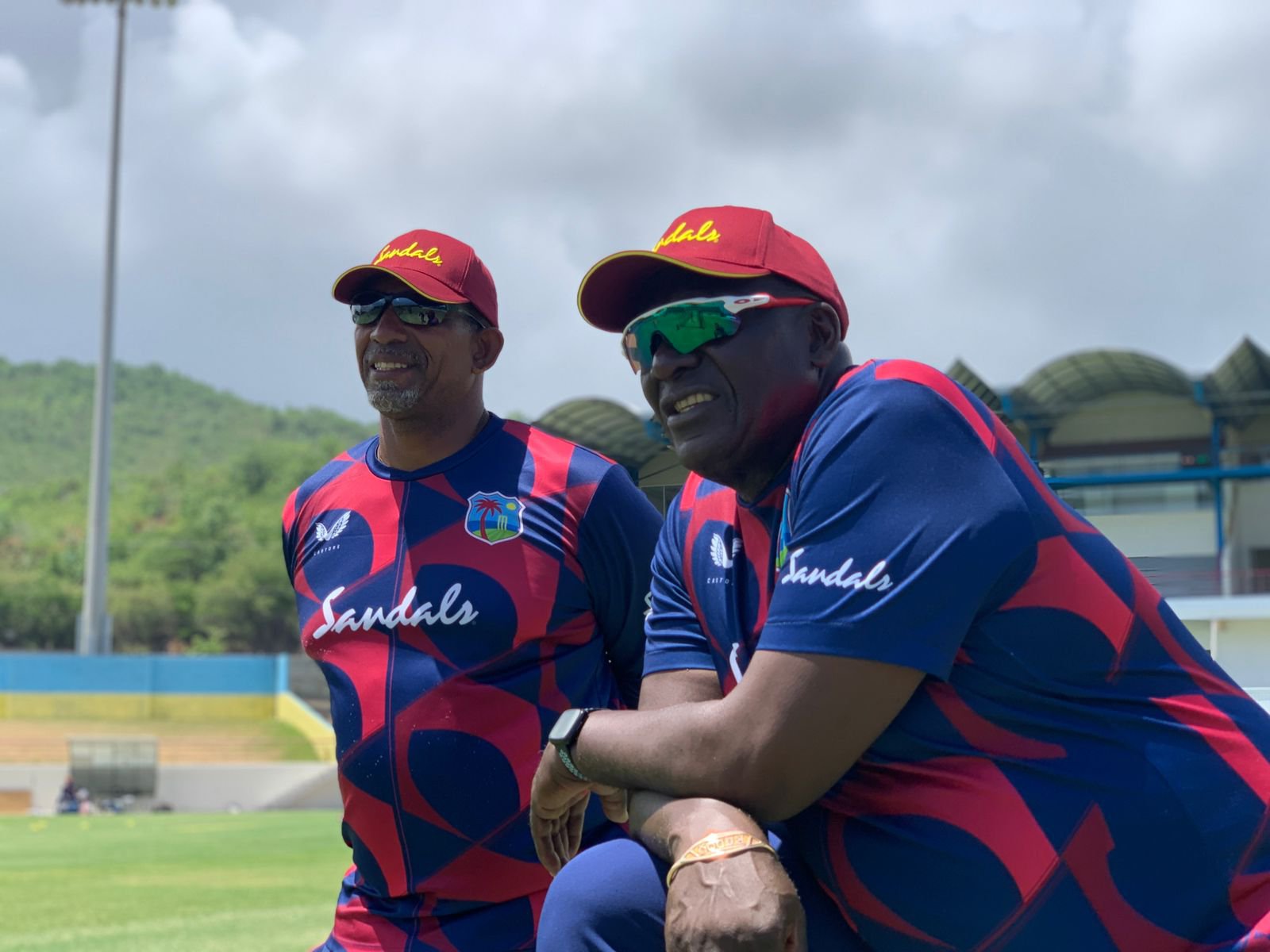 “I am happy that we are back to full training. We are happy with the preparations up to this point and everyone is fully aware of what is required,” Simmons said. “Yes, we had four good Test matches (vs Bangladesh and Sri Lanka), but at the same time, people need to know that their position is not guaranteed unless they continue play well.

Guys who are out, need to show that they want to get back in by doing well in these games. So, it is a benefit to every one of us.”

Simmons also praised the facilities provided in St. Lucia throughout the camp at the Daren Sammy Cricket Ground, which is overseen by CWI Head Groundsman, Kent Crafton. The West Indies Men are gearing up to begin a busy summer schedule, which includes visits from South Africa, Australia and Pakistan before the Caribbean Premier League begins in late August.

The players and staff were previously forced to train in small groups, as a result of the positive COVID-19 and isolation of fast bowler Marquino Mindley on Friday, May 22. Mindley, who has already returned one negative PCR test on Thursday, remains asymptomatic and in isolation at the team hotel. The CWI medical team continues to monitor his progress, as he requires one more negative PCR test before being allowed to re-join the squad.