WI and NZ "take a knee" before 1st T20I in Auckland

The West Indies team continued to show their support in the fight against racism and injustice with the Black Lives Matter logo on their playing kits, this time on the new maroon and yellow T20 International (T20I) playing shirts. Additionally, they also took a knee and raise their fists ahead of the start of the series in New Zealand. 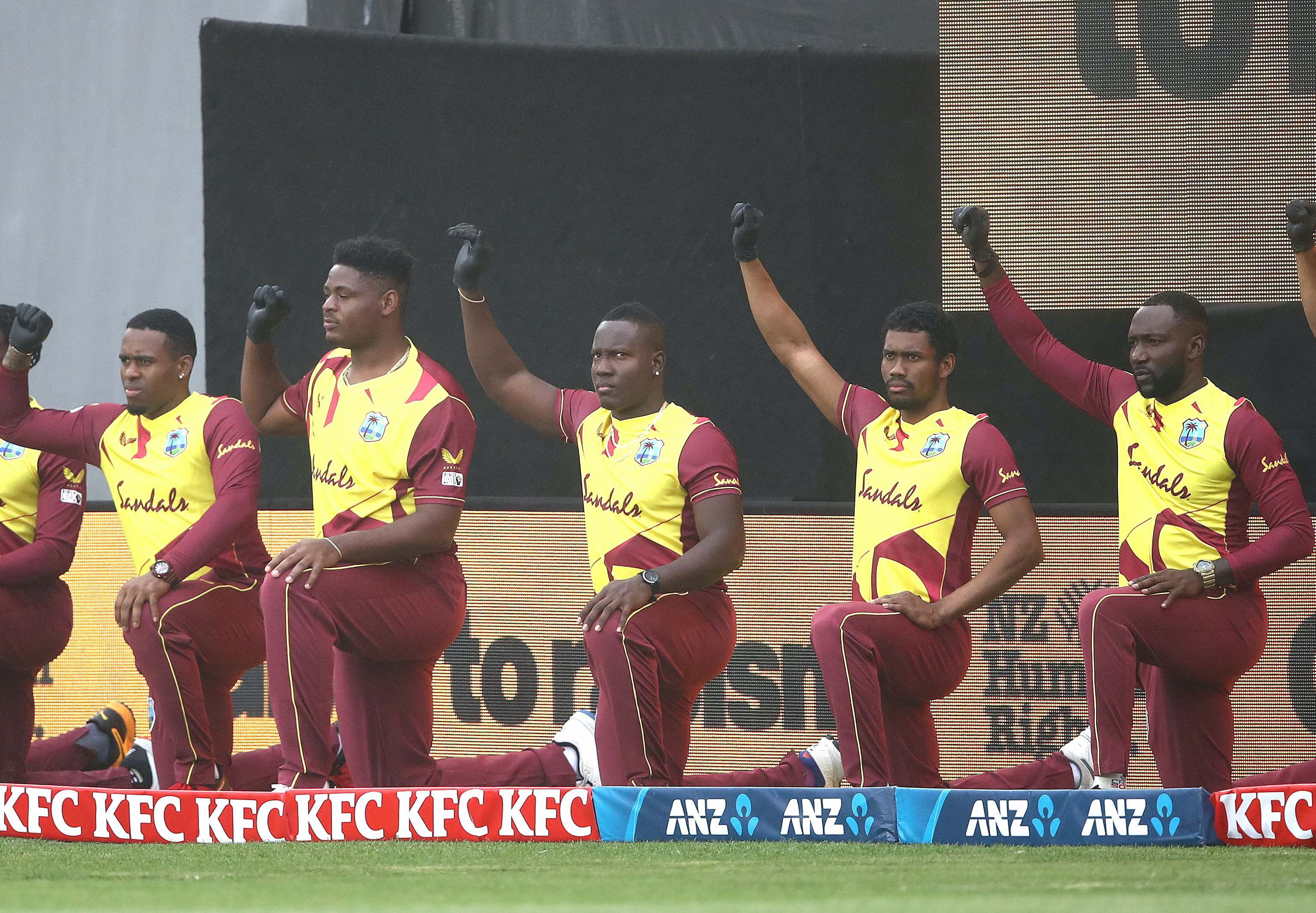 West Indies captain Kieron Pollard said: “Earlier this year, on the Test tour of England, the team took the decision to take the knee and wear the BLM logo on the shirt. This was a powerful demonstration in the fight for equality and against injustice, and we want to continue to show our commitment and raise awareness during this series as well.” 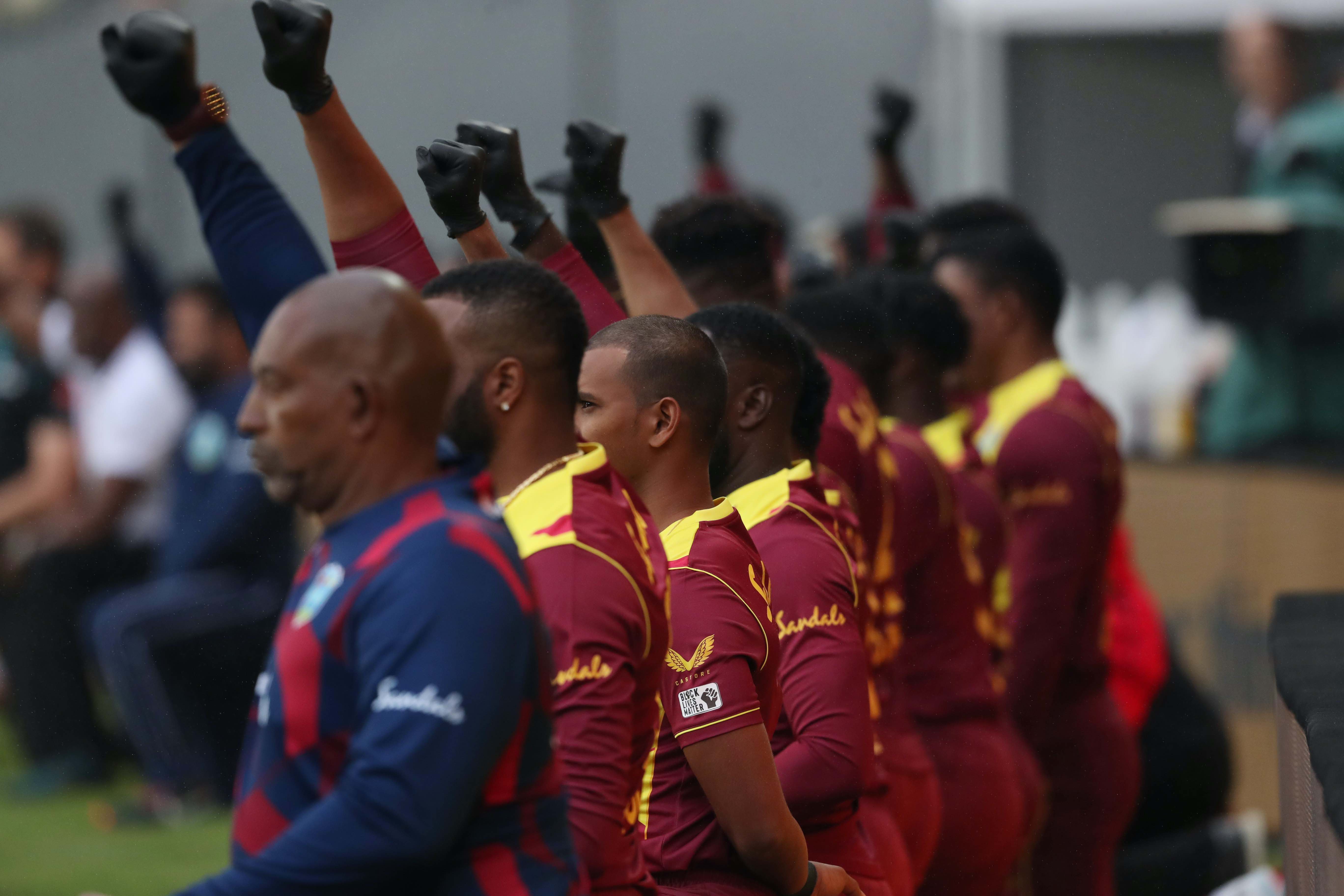 Throughout the series West Indies will wear the specially designed Black Lives Matter emblem on the shirt sleeve for the T20Is and on the collar during the two Test matches. The first T20I bowled off at Eden Park in Auckland on Friday night (2am Eastern Caribbean/1am Jamaica).

The West Indies Men first wore the specially-designed logo during the Wisden Trophy Test Series on the Sandals Tour of England earlier this year and the West Indies Women showed their support too when they played England in five T20Is in September.

The Black Lives Matter logo was designed by Alisha Hosannah, the partner of Troy Deeney, professional footballer and captain of Watford Football Club in England who gave Cricket West Indies permission for their logo to be displayed on the collar of the West indies shirts following approval from the International Cricket Council.