Chemar Holder took two wickets in a quick burst just after lunch as West Indies maintained their discipline on a placid pitch against New Zealand “A” on the third day of their four-day first-class match at John Davies Oval.

West Indies had earlier made 571, led by Kraigg Brathwaite who scored 246 off 440 balls with 17 fours and six — the highest score of his first-class career — surpassing the 212 against Bangladesh in a Test match at Arnos Vale.

Chemar Holder said with the second new ball around the corner, the morning session on Sunday (Saturday night Caribbean Time) could prove vital as the try to limit the New Zealand “A” team innings and continue preparations for the upcoming Test series. 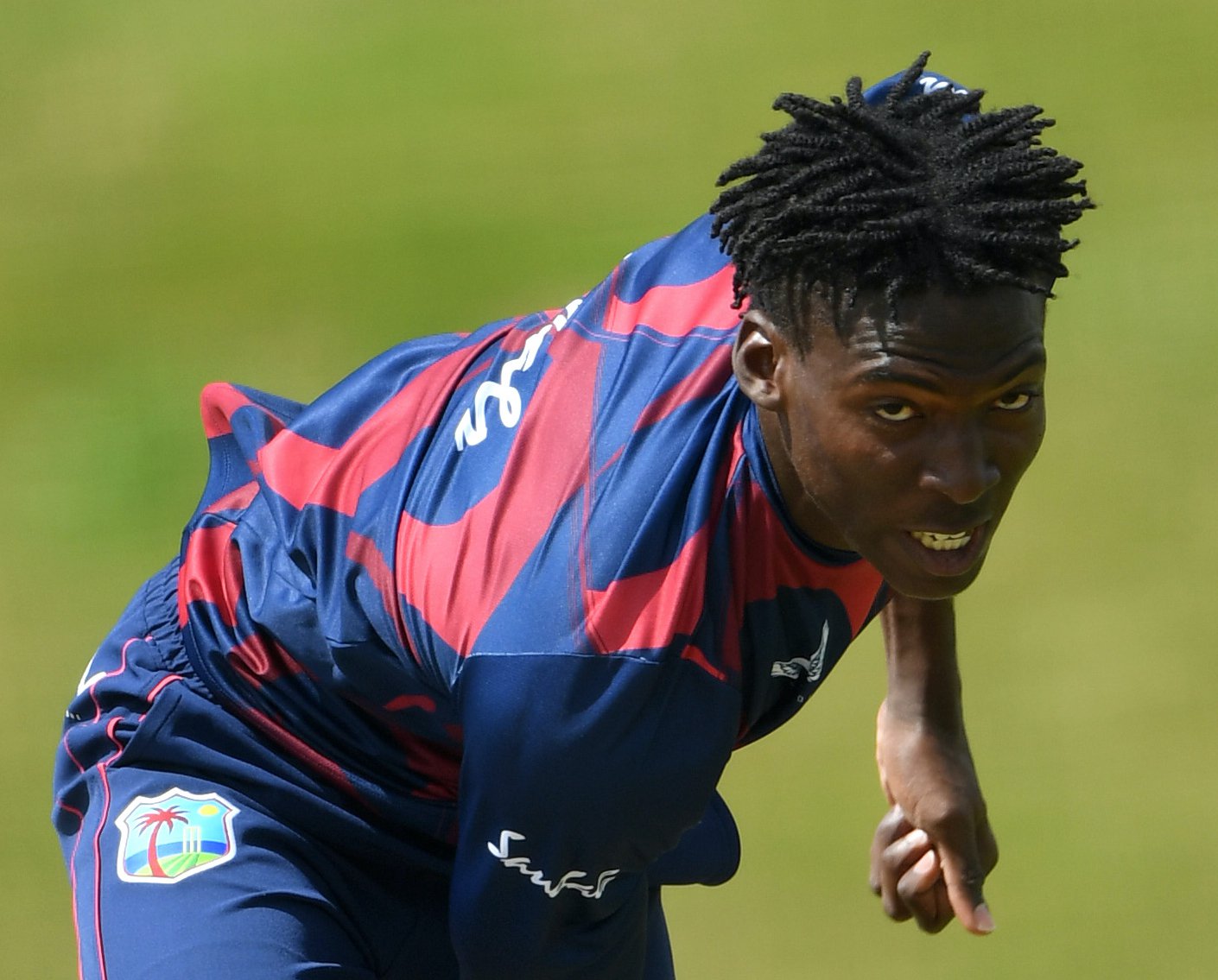 “This is a very good pitch for batting so we have been disciplined with our bowling and very patient. You can’t go out and blast out the batsmen so the key is to apply pressure and create a mistake. We have the second new ball early in the day tomorrow so we will look to make use of that,” he said. “I’ve learned I have to bowl a lot straighter here because the ball is not moving as much as we’re normally used to… so you have to take away the ‘square of the wicket’ shots and make them hit the balls to areas such as cover and mid-off. It’s something a bit new for me but that’s what international cricket is all about, you learn that all conditions are not the same and you have to adjust according to what part of the world your’e playing.”

Holder’s accuracy paid off as he was rewarded with his two wickets in the space of eight balls just after the interval. He had a ‘sparring match’ with opener Henry Cooper after the opener added a century stand with Rachin Ravindra.

Holder eventually won the battle when he had Cooper trapped in front and next over he had Joe Carter caught at the wicket by keeper Shane Dowrich for a single. So far the top score has come from Will Young, who is unbeaten on on 80 off 161 balls with seven boundaries — and earlier in the innings he reached the milestone of 5,000 career runs.