Entering the contest at Warner Park, the Pride had lost their four previous games against the Marooners in the Super50 Cup. It included their second match of this year’s competition by four wickets eight days ago at the same venue.

But Ottley, a member of the Marooners side that won last year’s Super50 Cup, struck a fluent, undefeated 101 to be the rock upon which the Pride built their successful chase of a target of 208 in their day/night, Group A contest.

The left-hander cracked 10 fours and two sixes from 127 balls and shared an opening stand of 74 with fellow opener Leniko Boucher before keeping the scorecard ticking in the face of instability from the rest of the Pride batting in a tense four-wicket win.

Boucher made 25 and, so too, wicketkeeper/batsman Tevyn Walcott in the face of controlled bowling from the Marooners on another hard, true pitch. 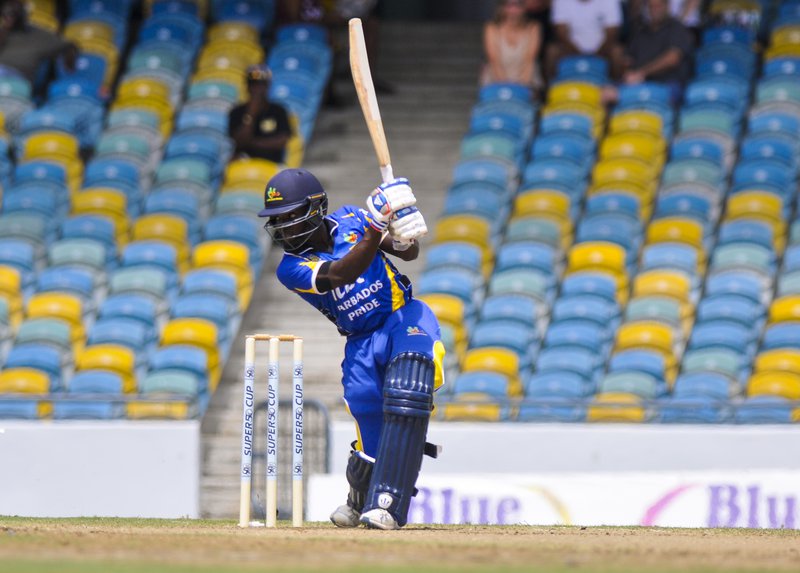 Pride slipped to 102 for three, losing Boucher, left-hander Nicholas Kirton and their captain Jonathan Carter for 28 in the space of 44 balls before Ottley got together with Kyle Mayers and Walcott for stands of 33 and 45 respectively, that kept the group leaders on course for victory.

The Trinidad & Tobago-born Ottley reached his hundred from 124 with a single to long-on off Brathwaite in the 44th over before Ashley Nurse brought the match to a close when he pulled the third ball of the 45th over – from left-arm spinner Kavesh Kantasingh – through mid-wicket for four.

The result kept the Pride firmly fixed in the top spot in the group on 20 points and the Marooners riveted to the bottom on four points.

Earlier, left-hander Akshaya Persaud and Saddique Henry hit purposeful half-centuries to prop up the Marooners batting, after they chose to bat.

Marooners stumbled to 96 for six in the 28th over before Henry, a concussion substitute, replaced wicketkeeper/batsman Romaine Morris, who was struck on the helmet by a short, rising delivery from Miguel Cummins and retired hurt in the sixth over.

Persaud followed up his match-winning half-century against Pride earlier in the group stage with a resolute 55 from 91 balls and Henry supported with 54 from 69 balls.

The pair added 76 for the eight-wicket before they perished in the hunt for quick runs in the closing overs of the Marooners innings.

Cummins was the pick of the Pride bowlers, taking 4-29 from eight overs, and off-spinner Ashley Nurse grabbed 2-32 from his allotted 10 overs.

Group “A” games continue on Monday, when Jamaica Scorpions face hosts Leeward Islands Hurricanes in a daytime contest, starting at 9 a.m. at the Conaree Cricket Centre. This will be webcast “live” on the CWI website, www.windiescricket.com, and the Windies Cricket You Tube channel.

Also see: SUPER50: PRIDE WILL NOT BE EASING UP IN THIS SUPER50 CUP SAYS CUMMINS

SUPER 50: BOUCHER LOOKS TO ADD CONSISTENCY TO HIS GAME