SUPER 50: Boucher looks to add consistency to his game

BASSETERRE, St. Kitts – Coming from the production line that is the Combermere School in Barbados, Leniko Boucher now hopes to find the consistency to deliver on the promise he showed as a schoolboy player.

The 21-year-old Barbados Pride opener earned the Player-of-the-Match award for a resolute, unbeaten 68 from 76 balls that helped his side complete a successful chase of 185 in their Group A game on Friday at the Conaree Cricket Centre on the outskirts of the St. Kitts capital. 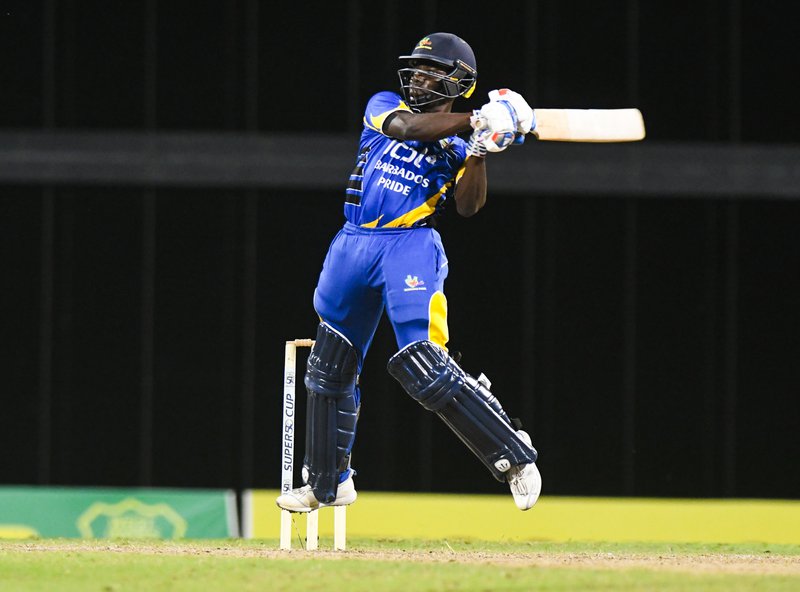 Boucher formalised the result off the third ball of the 31st over, when he drove Jeremiah Louis through cover for two, giving the Pride their second win over the Hurricanes in the tournament, following a 32-run victory on Wednesday at Warner Park in the heart of the St. Kitts capital.

The result placed the Pride firmly in first place in the group with four wins out of the five matches and a total of 16 points, and the Hurricanes remain second on 12 points following successive wins in their first three matches.

On his batting performance:

I need this innings. I was a little low on confidence coming into the game following a few modest scores. I got to thank the captain and the coaches for sticking with me. Going through the innings, my opening partner, Kjorn Ottley started pretty well. I was just hanging back for a bit, but after he got out, I went into my natural game.

On reason for batting well in the game:

I was a little low on confidence coming into the game and I set my goal to bat through the innings.

On how pitch conditions impact on his batting:

It helped. It’s a flat pitch. Minimal swing. I just had to apply myself and bat through the innings.

On the confidence he has gained from his innings:

Going into the other games, I am hoping that I can bounce on from this innings. Remember how I played throughout this game, apply myself like I did, and I should come away with a few more decent scores.

On lesson learnt from the innings:

Apply myself. If I apply myself and bat through the innings, I have the potential to score a hundred.

On finding consistency in his batting:

I need to try and replicate this innings. Whatever I did well in this game. I need to look to do it again.

On the result of the game:

It was a very good win for us. We need to get on top of the Leeward Islands Hurricanes. We are now on top of the table. We need now to concentrate in the remaining games and win them too.