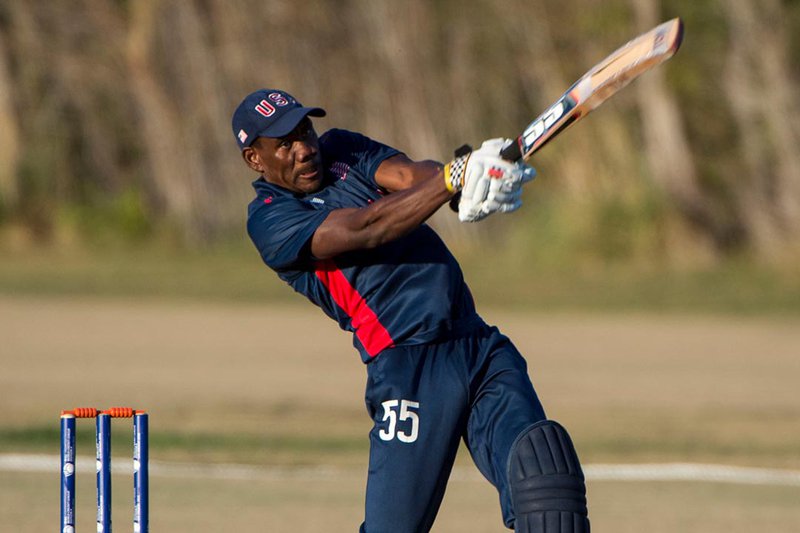 The 51-year-old Pamment was recently appointed to the position and will guide the team through the Super50 and a triangular One-day International series in the CWC League 2, where the United States will take on hosts United Arab Emirates and Scotland in December.

The Americans are coming off the disappointment of failing to advance in the qualification for the ICC World Twenty20 2020 Australia, but they have started to rebound with three victories in four matches in the CWC League 2 last month on home soil in Fort Lauderdale 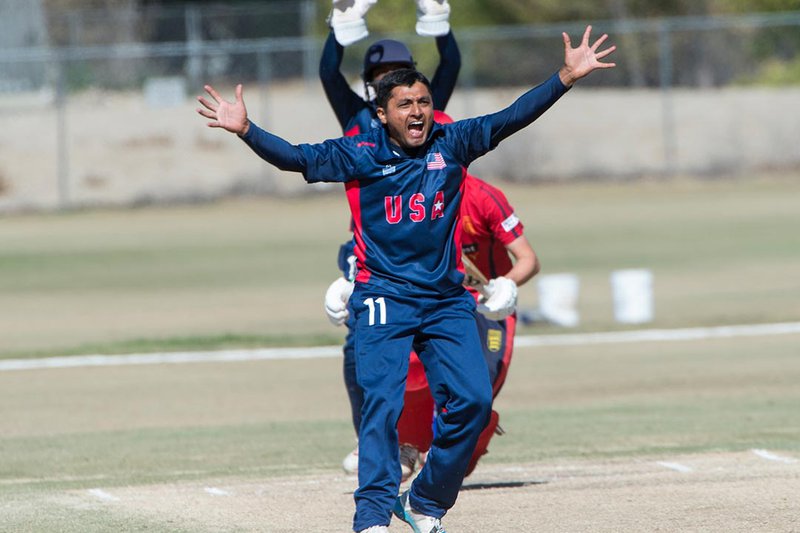 The United States have been pooled with last year’s losing finalists Guyana Jaguars, as well as hosts Trinidad & Tobago Red Force, recent winners Windward Islands Volcanoes and composite side West Indies Emerging Players for Group “B” matches which will be played at the Queen’s Park Oval and Brian Lara Cricket Academy for this year’s Super50 Cup.

Last year, the Stars & Stripes finished at the bottom of their group, but they managed to cobble together a pair of wins against Leeward Islands Hurricanes and beaten semi-finalists Jamaica Scorpions to ensure they did not depart the tournament empty-handed.

Pamment spoke to CWI Media ahead of the competition and said the experience of playing in the Super50 Cup has been invaluable for the development of USA Cricket. . .

On reappointment and expectations for the Colonial Medical Insurance Super50 Cup:

We feel privileged to be invited once again to play in the Super50. We are excited about the opportunity of being able to do more work with our players in a competitive environment. Our expectation is that we will be extremely competitive in every fixture that we play and by the end of the tournament, we have helped every player to get a little bit better and get little more understanding of their own game, and collectively, how we want to play our 50 overs game because we have a lot of this format coming up over the next two years, so this is the perfect opportunity for us to keep learning and keep playing competitively and hopefully keep improving.

On bouncing back from the disappointment of failure to qualify for the ICC World T20:

It was a disappointment, but we have had the opportunity to bounce back in the ICC CWC World League Division 2 triangular series we played last month on home soil in Fort Lauderdale. We won three of the four fixtures and that was a good bounce back for us. Hopefully, the players, as a squad, have developed more belief after the planning we did leading into to that tournament. The disappointment is hanging around a little bit that we are not part of that T20 qualifying tournament taking place in Dubai, but T20 has been parked for a little while, and we have this important tournament in the Caribbean then we have got another important tri-series in Dubai with Scotland and the United Arab Emirates and that’s our focus right now. I guess every time you suffer a disappointment, there’s a lot of learning to be had and we learned some lessons during that tournament in Bermuda and I am hoping the guys can show they are on the up-curve and can bounce back well.

Our preparations for the Super50 are quite unique because everyone’s on their own in their respective regions around the United States and a few players are based in the Caribbean as well. Some players are having good preparation and other players will be doing what they can to the best of their ability to make sure that when we get together just in advance of the tournament, we are all up to speed and ready. We won’t spend any significant time together until we get to the Caribbean, but I know individuals are working hard in their own environments.

From my experience being with the squad for the T20s in Bermuda and 50 overs matches in Florida, our strength is quite clearly our spin bowling. They have bowled extremely well, but each tournament brings up different conditions and different variables, so we will need to be flexible around this. I am very confident in the quality of the spin bowling. We have got strength in the seam bowling area as well and we have included a few guys who have not played a lot for USA Cricket, but have been around camps and they will add some quality to that department. We have some quality batsmen that I am looking forward to them doing really well in the Caribbean. They did not perform as well as we would have liked in Bermuda or in Fort Lauderdale, but the quality is there. We just need to let those guys unleash and let them do a job for us.

It’s all about development, but it is also about putting ourselves in positions where we can win games and see how we can handle those situations. There is no doubt that previous invitations to this tournament have helped with the development of USA Cricket. They have gone from League 4 to League 3 and now they are into League 2. It is on the back of opportunities like this, so development is a large part of what we are looking to achieve in this tournament, but we want to win games too, we want individuals to stand up and seize moments when they get the opportunity. Regardless of our opponent, whether it is a development team or one of the strong territorial sides or one of the weaker territorial sides, we want to go toe-to-toe. That’s where you learn the most about individuals and that’s where you can help them – when they are put under pressure and are forced to deliver.

Defining success in a tournament like this is being able to see positive things from each player. Every player that is in our squad, I want to see something positive from them. I want to see them seize moments and win moments within the games. I want the players to be very strong in the field – they need to be extremely enthusiastic and energetic – and I will be setting a challenge for them to be the best fielding team in the tournament because that’s something we can control. I just want to see us put ourselves in a position to win moments, and if we win enough moments, we can win games. We will take each game as it comes. We will treat each individual team we play with respect and do our scouting, and deal with any conditions that come our way. For me, it’s how we adjust, so that if we don’t win the competition, it won’t be deemed a failure if we have seen some positive things from our players.