PORT OF SPAIN, Trinidad - A complete all round team batting and bowling performance from the West Indies Emerging players aided them in succumbing Zone B hosts Trinidad & Tobago Red Force to their first defeat of the Colonial Medical Insurance 2019 Super 50 tournament.

At Queen’s Park Oval: Star performances from Barbados duo, all-rounder Justin Greaves (80) with his second half century of the tournament

and a List A best bowling performance from Keon Harding (4 for 45), propelled them to the top of Zone B with a tense 10 run victory.

“I think the team did pretty well. We had some plans we stuck to them and the end result, we came out with a win”, said Greaves to CWI Media and the press.

The 25 year old Greaves shared in a key fourth wicket partnerships with captain Yannick Cariah (34) of 93 to boost the middle of their innings. 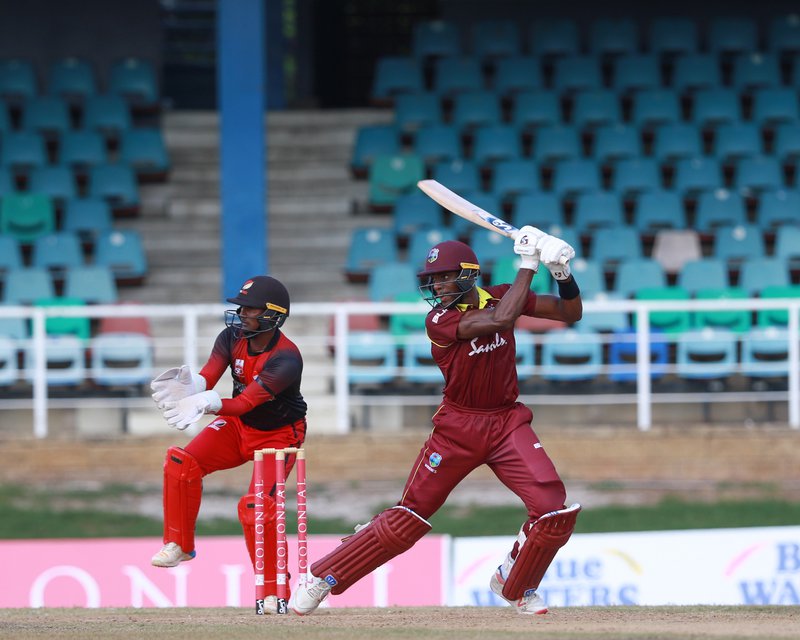 This was key after Kimani Melius (39) and Joshua Da Silva (34) got the young West Indians to a solid start, after opener Gidron Pope was bowled first delivery without scoring from off-spinner Jon-Russ Jaggesar.

In the field they got off to a great start despite dismissing dangerous opener Tion Webster without scoring and reducing the Red Force to 84/4 in the 24th over.

“I was feeling happy I took the catch. As the saying goes, catches win matches and I had certainly taken a catch that brought us back into the game and eventually helped us to win” said an ecstatic Melius to CWI Media.

Darren Bravo who had yet to be dismissed in tournament was standing firm unbeaten on fifty.

However the score would become 132/5 in the 35th over, when Bravo mistimed his attempted pull shot off Guyanese left arm spinner Ashmead Nedd and departed.

“It was big moment. Bravo is someone that can take the game away from you in the blink of an eye, so to get him and finish off game like that is very good for this young team”, said Greaves. 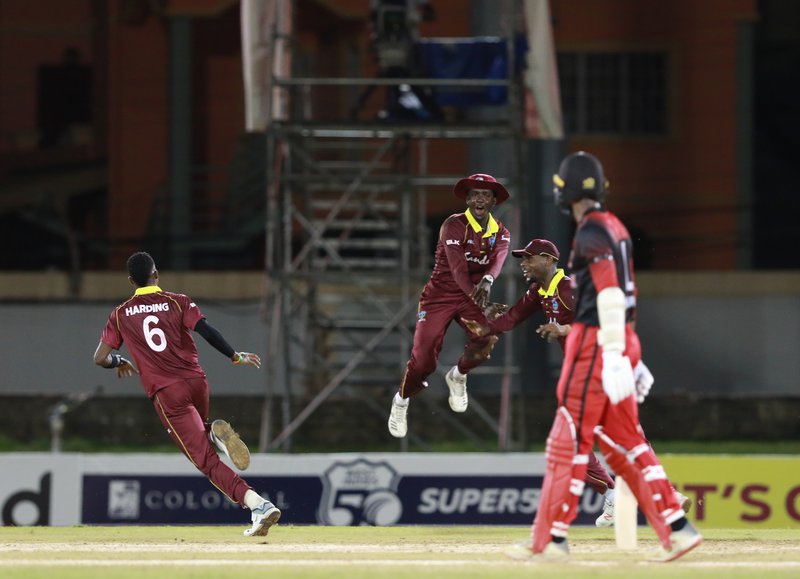 Greaves concluded by giving his thoughts on why this team that came together just two days before the tournament has been playing so well to date.

“We spend a lot of time together. Everyone contributes in our team meetings, no one is left out, everyone feels a part of the team, no senior players around. So it’s just everyone trying to contribute and coach (Floyd) Reifer has been doing a brilliant job with us.

“No point to prove (on players  being left out from respective franchise teams). Obviously every opportunity you have to be thankful for it, the guys are very hungry that’s all I can say. Everyone wants to perform every single game and enjoy each other’s success, I think that’s what we have been doing very well.” 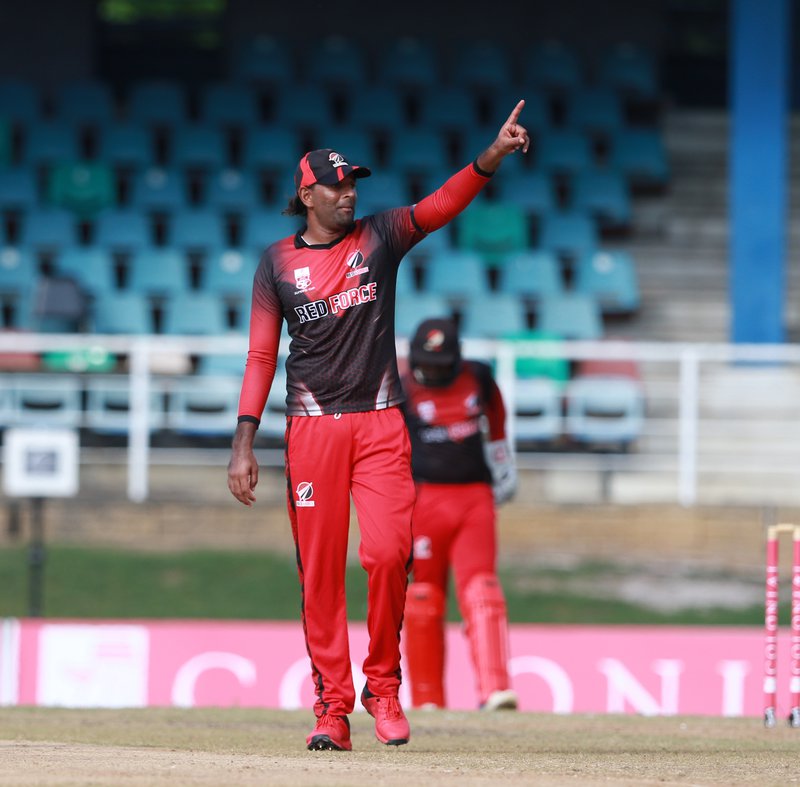 “I think we gave them 25 to 30 runs too much, because of the bowling in the end. But 243 on a surface like that should have been easy for us battling wise, knowing that we chase well two games before”, said Khan.

“We were still confident after Bravo got out (in chasing total) while Yannick (Ottley) was batting. That’s the depth of our batting, they didn’t get a chance to bat (in earlier games) so it was important for them to showcase what they were capable of.

“We fought to the end, if anything we took too long to assess the pitch in the middle overs and show that intent and that resulted in us falling short by 10 runs.”

At Brian Lara Academy: A match-winning all-round performance from Keron Cottoy aided their Windward Islands in securing their maiden win of the competition, by 43 runs over the United States Of America.

“Everyone is in good spirits, we were actually hoping for a win and we got it. It’s just a start in building momentum going into the rest of the tournament, hoping that the guys stay focused and pull of more wins as the tournament progresses”, said Cottoy who is celebrating his 29th birthday today.

Cottoy’s first significant contribution was with the bat was his unbeaten innings of 43. His partnership with Shane Shillingford (31) helped the Windwards recover from 128/7 and post a respectable total.

“Coming into bat that stage, I was just trying to keep it as simple as possible. When Shane joined the simple plan was to enjoy the good contest since we were under pressure and try to bat as deep as possible and play big shots in the end.

With the ball, when the Americans were seemingly en route to victory on 116/2, Cottoy got the big wicket of Steven Taylor for 62 and the associate nation lost their final six wickets for 66 runs.

“We knew that Steven Taylor was a key wicket and needed to not give him any boundary balls. The bowlers before me did that well, so when I came in and got Steven out, the floodgates opened up for us.

“Obviously Guyana (next opponent) isn’t having the best tournament, so we want to capitalize on that. It’s just about sticking to our game plan and basics, once we do that I think we can definitely pull off another win.