CG Insurance have commissioned the new elegant and contemporary glass trophy, which incorporates CG’s company colours, as part of their long-term investment into West Indies cricket as official insurance partner which is focused on their title partnerships of all CG Insurance ODI Home Series and both Men’s and Women’s CG Insurance Super50 Cups.

In a statement CG Insurance said:

“We wanted this year's trophy to embody the spirit of the islands and the spirit of the series. CG Insurance has offices in many of our Caribbean nations and we felt this trophy was an opportunity to showcase the water that unites us and the movement and excitement of the sport. We are thrilled with the outcome and congratulate the team who gets to take this trophy home.” 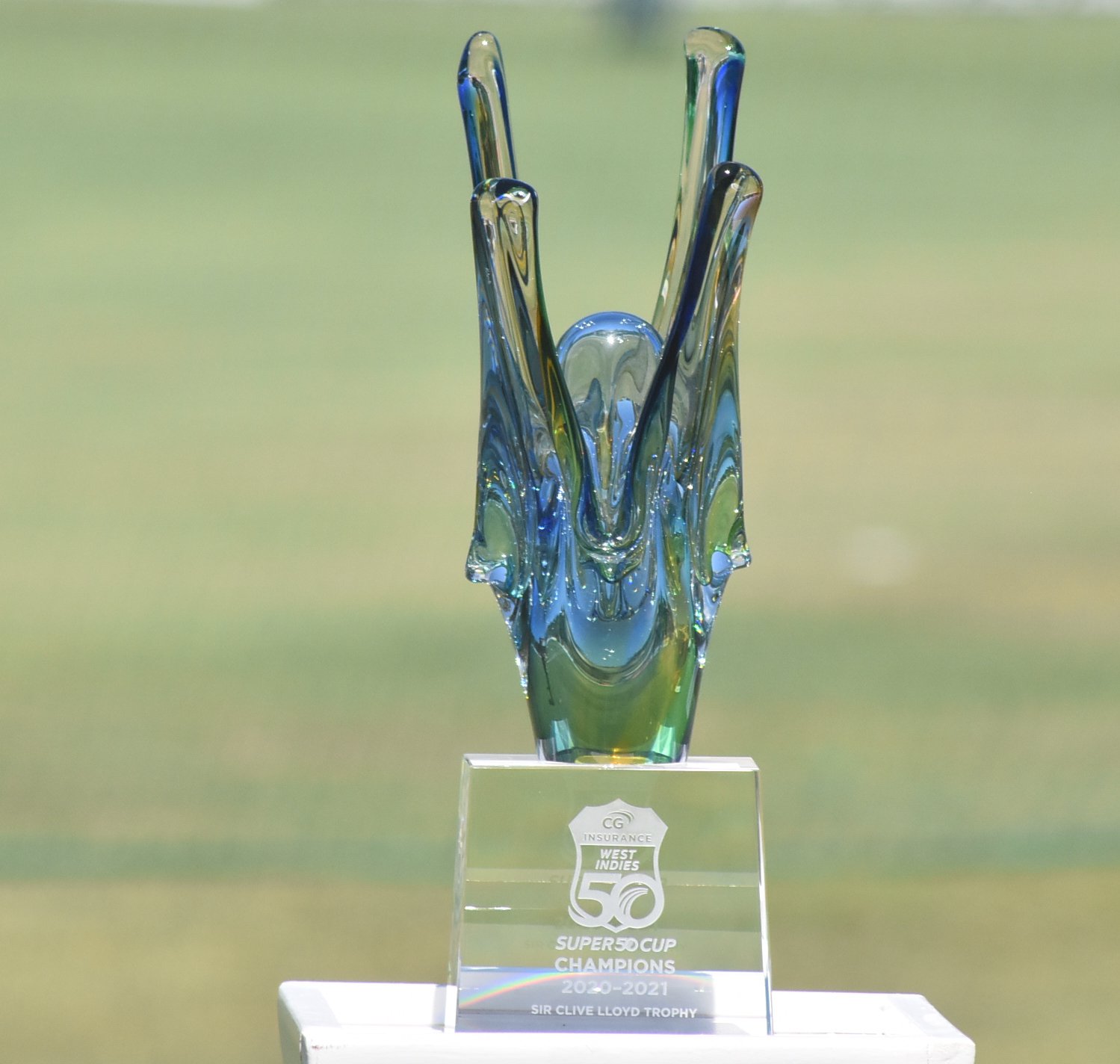 The CG Insurance Super50 trophy honours Sir Clive Lloyd’s captaincy of the West Indies teams winning back to back 50-over ICC World Cups in 1975 and 1979.

Sir Clive said he was proud to have the trophy named in his honour and said he hoped it would inspire the next generation of West Indies cricketers. He also said it is a celebration of 50-over cricket in the West Indies, dating back more than 45 years ago and a tribute to his teams which won the inaugural Cricket World Cup in 1975 and again in 1979.

“It’s a very nice trophy and I’m very pleased. I have been watching the tournament and I am enjoying every moment of it. It is good to see we continue to produce cricketers in the region. It’s an excellent competition with the teams playing hard and fair and you can see the talent on display as we look to continue to improve and develop West Indies cricket,” he said.

“As a proud West Indian, I’m happy to have this honour. I also see it as not just for me but for all the members of the World Cup teams played alongside me and won in 1975 and 1979. This trophy has my name on it but all the others who played with me they should think they are part of it too.”

The CG Insurance Super50 bowled off on Sunday, February 7 and will climax on Saturday, February 27 with the grand final under lights at the Coolidge Cricket Ground. Fans across the region can watch the matches on ESPN Caribbean and also get LIVE radio coverage on stations via broadcast partner Vibes FM. Details can also be found on www.windiescricket.com