With Jaguars cruising on 106 without loss behind Chandrapaul Hemraj’s attacking 87, Khan ran through the top and middle order with a spell of 5-32, as the last nine wickets tumbled for 81 runs to leave the innings in ruins at 187 all out in the 42nd over.

Who else is enjoying this innings from Hemraj?🙌🏾
Watch the action live on ESPN#Super50Cup #WhoYouReppin pic.twitter.com/GnG4Eq8u2n

In reply, Mohammed scored an unbeaten 82 off 114 balls while Bravo struck 58 from 77 balls as Red Force strolled to their fifth straight win of the tournament on Saturday night. Mohammed combined with Bravo in a 112-run, third wicket stand to erase any hopes Jaguars entertained of a come-from-behind win. Mohammed counted eight fours in a measured knock while the left-handed Bravo struck six fours and a six off 77 balls.

Bravo was one of two wickets to fell to left-arm spinner Gudakesh Motie (2-36) in the space of 26 balls as Nicholas Pooran made 18 to leave Red Force 155-4 in the 34th over but Mohammed and Denesh Ramdin (17 not out) steered Red Force home in a 34-run, unbroken fifth wicket stand. 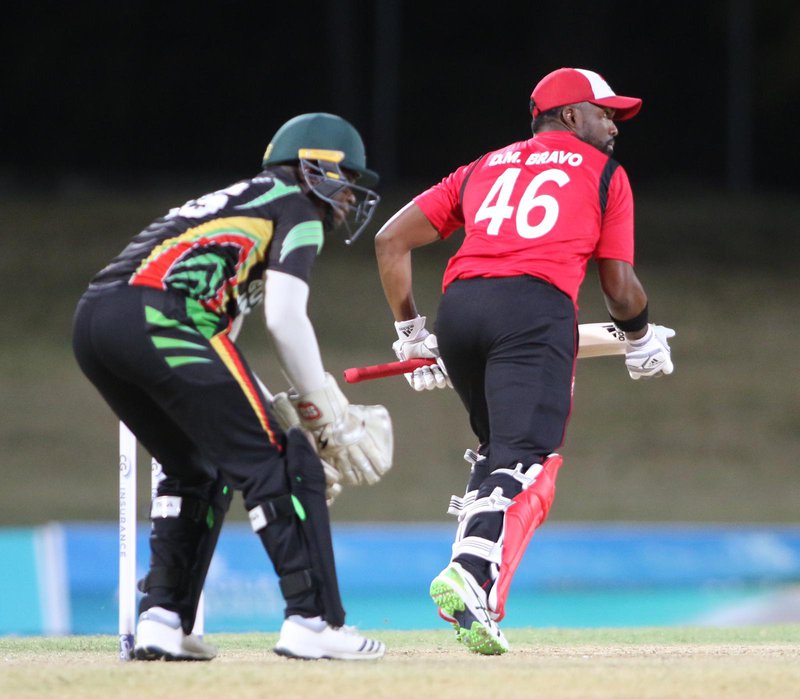 Bravo, who led Red Force in the absence of regular captain Kieron Pollard, was full of for praise for Mohammed – an experienced batsman has scored a half-century and a hundred in two of his last three innings.

“Before the tournament started, Pollard decided to give Jason that level of responsibility. He’s been playing for some time now and it was decided to bat him high in the order rather than hiding down in the order and not giving himself enough time,” Bravo said.

“He’s been playing fantastic. He’s sort of the glue for us at this point in time, I’m really happy for him and we sort of batted around him and it’s really good to come out on top.”