DUBLIN, Ireland – Shai Hope and Chris Gayle have been named as the vice captains of West Indies team for the Ireland Tri-Nation Series and ICC Cricket World Cup, respectively. 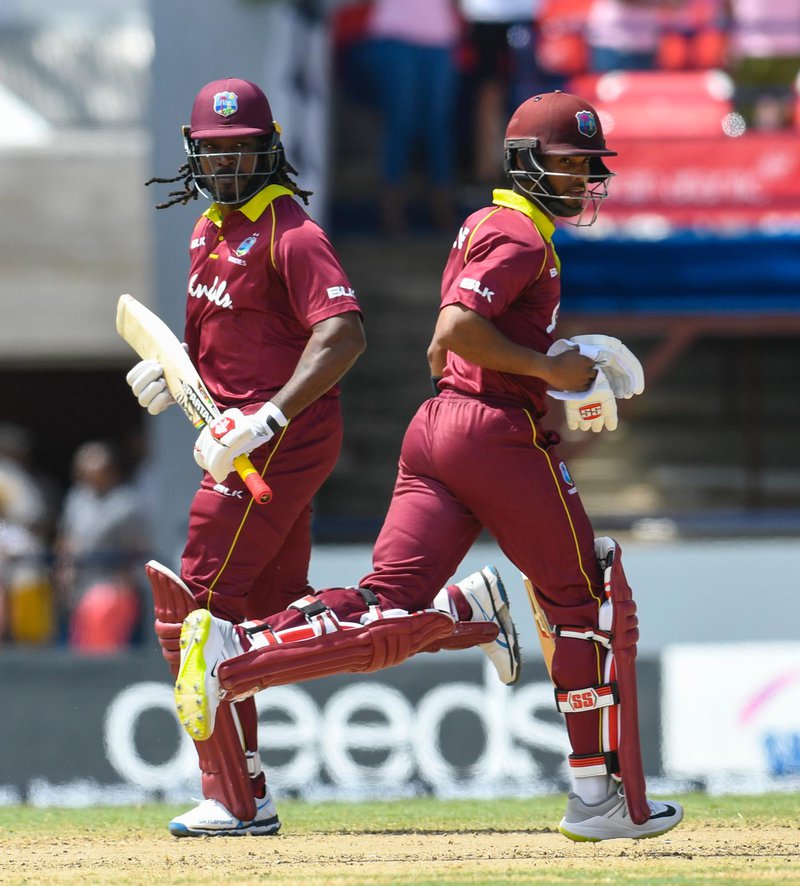 Hope, the 25-year-old wicket-keeper/batsman was named as the deputy to Jason Holder for the ODI Series which started on Sunday and runs until May 18. Gayle, the hugely experienced 39-year-old opener and former captain, will be Holder’s deputy for the ICC Cricket World Cup to be played in England and Wales from May 30 to July 14.

“It’s a tremendous honour to be appointed vice captain for this series here in Ireland. Ahead of this tournament I was asked to take on this role and I was happy to accept. Anything I’m asked to do for West Indies cricket I’m always happy and willing to put my hand up, so this is great,” Hope said.

Gayle said: “It is always an honour to represent the West Indies in any format and this World Cup for me is special. As a senior player it is my responsibility to support the captain and everyone else in the team. This will probably be the biggest World Cup, so there will be great expectations and I know we will do very well for the people of the West Indies.”

The West Indies started the Tri-Nation Series on Sunday when they defeated Ireland by 196 runs at the Clontarf Ground. Hope made 170 in his 50th appearance and added a record opening stand of 365 with John Campbell – who scored 179 – his maiden international century.

West Indies will face Bangladesh on Tuesday at the same venue. First ball is 10:45 am (5:45 am Eastern Caribbean Time/4:45am Jamaica Time).

The ICC Cricket World Cup which will be played in England and Wales from May 30 to July 14. West Indies will be playing in the marquee event for the 12th time and have won twice in 1975 and 1979. They open this year’s campaign against Pakistan at Trent Bridge on May 31. First ball is 10:30am (5:30am Eastern Caribbean Time/4:430am Jamaica Time).

All matches will be aired to West Indies fans in the Caribbean on ESPN – coverage will be LIVE on ESPN and ESPN2. ESPN Play – ESPN’s multiscreen live and on-demand broadband service – will stream all the matches.

Thursday, May 9: Ireland vs Bangladesh – Malahide

Wednesday, May 15: Ireland vs Bangladesh – Clontarf

Friday, May 17: The Final – Malahide, Dublin 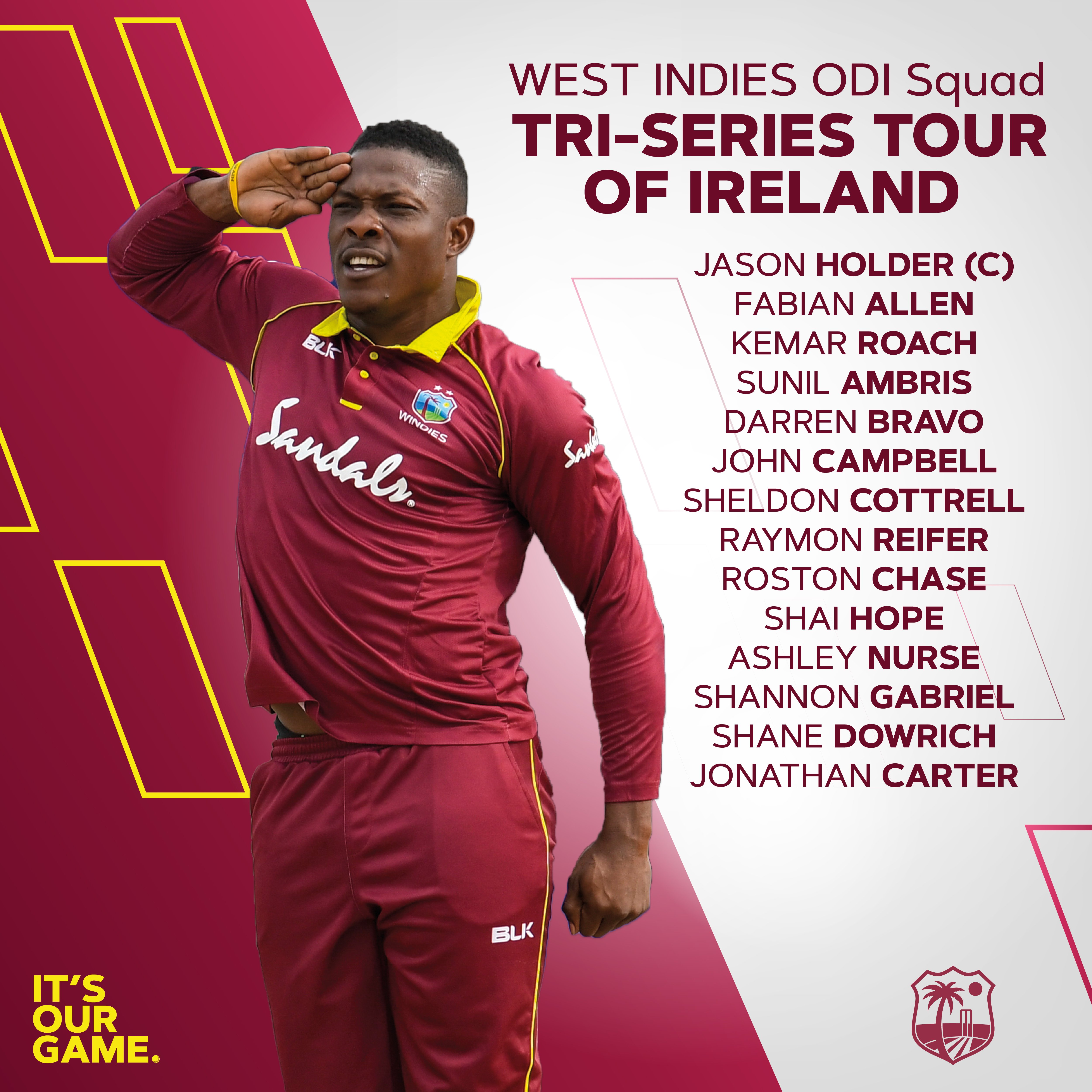