Kicking off the Tri-Series in Ireland, Windies’ opening pair, Shai Hope and John Campbell registered a record-breaking opening partnership of 365 runs which lasted 47.2 overs and led them to a massive 196-run victory over the hosts in the first ODI in Dublin. Hope and Campbell went past the 304-run stand posted by Pakistani pair Fakhar Zaman & Imam-Ul-Haq in July to become only the second pair in ODIs to score more than 300 for the opening wicket. 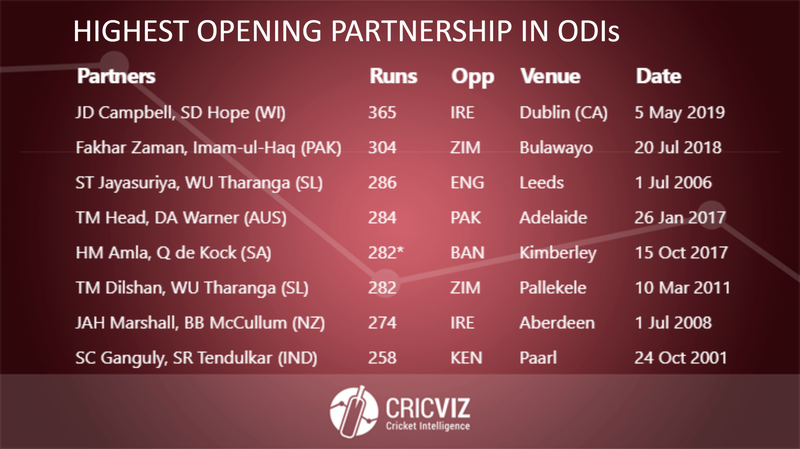 The pair narrowly missed out on the record for the highest partnership for any wicket, falling seven runs short of the 372 made by fellow Windies batsmen Chris Gayle and Marlon Samuels against Zimbabwe during the 2015 World Cup. 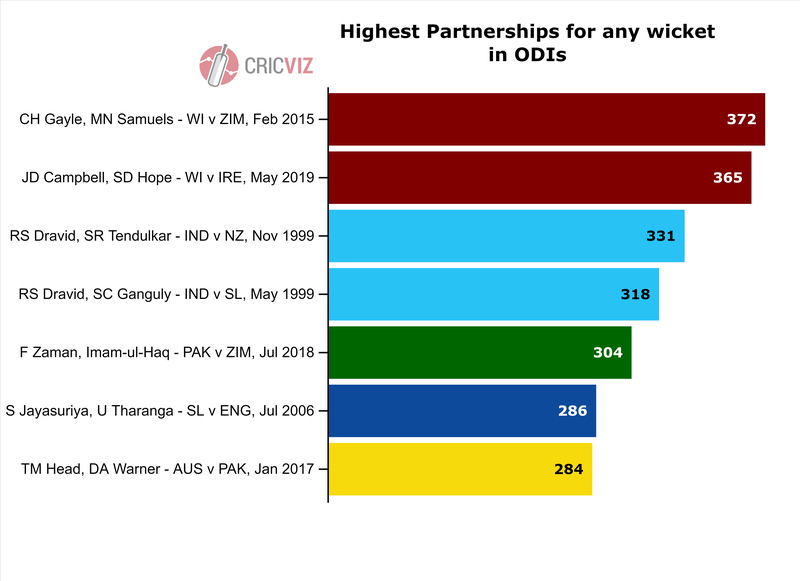 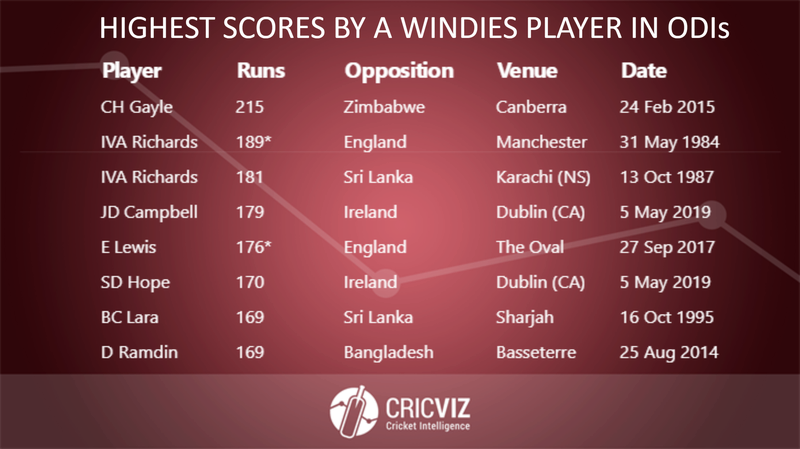 Playing in his 6th ODI, Campbell came into this match having scored just 69 runs in his first five ODI matches. He made amends with his knock of 179, the fourth highest by a Windies player in ODIs. The Jamaican targeted the on-side scoring 100 runs at 10.0 runs per over in that region, while he was particularly effective playing the pull shot, scoring 50 runs with seven fours & two sixes at an incredible 15.0 runs per over. 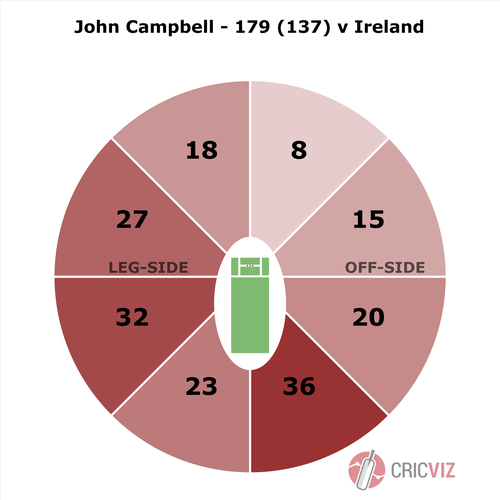 This was Shai Hope’s fifth ODI century, slotting sixth into the list of highest scores by a Windies player in the format. It was a typical Hope innings, scoring 48 runs through the cover region at 8.22 runs per over, hitting the ball as sweet as it gets with a timing rating of 427 through that area. Opting for the drive on most occasions, he scored 54% of his runs (92 out of 170) playing his signature shot. Hope has been the most consistent Windies player in recent times - since the start of 2018 in ODIs, he has scored 1160 runs in 23 innings at a brilliant average of 64.4. No Windies player has scored more ODI runs in that time. 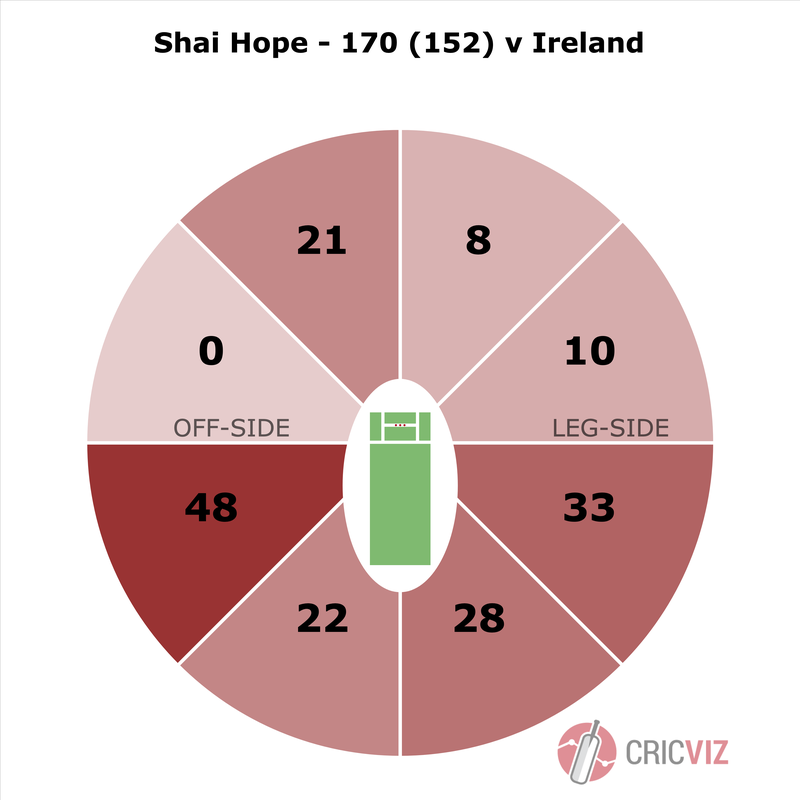 With these individual records tumbling, Windies were also on the verge of registering highest total in ODI history, missing it by a mere nine runs. They scored 381/3, making it their second highest ODI total, behind the 389 they made in February, chasing England’s total of 418 in St George’s, Grenada. This was nonetheless Windies’ highest first innings total in ODIs. 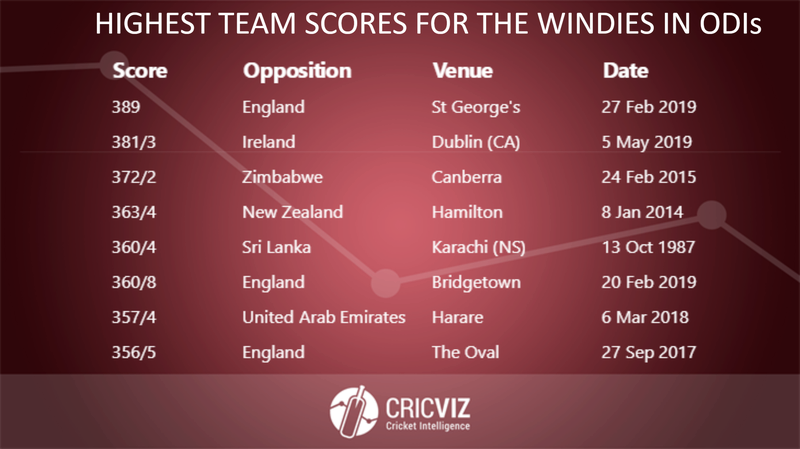