A standing ovation for these two!🔥🔥

Career-best cameos from Romario Shepherd and Akeal Hosein caused tremors for England, but West Indies fell just one run short of their target in another thrilling match on Sunday. Asked to chase 172 on a pitch which offered assistance to the bowlers, West Indies were in deep trouble at 65-7 in the 12th over before Shepherd and Hosein slammed 44 not out each in a record 72-run, ninth wicket stand – which entertained the colorful crowd.

Shepherd, the strongly-build six-footer, started the revival. He opened his brought shoulders and smashed five sixes in a 28-ball knock as he put on 33 for the eighth wicket with Fabian Allen (12). By the time Hosein arrived in the 16th over, West Indies were faced with a required run rate of nearly 15 runs per over and seemingly out of contention. 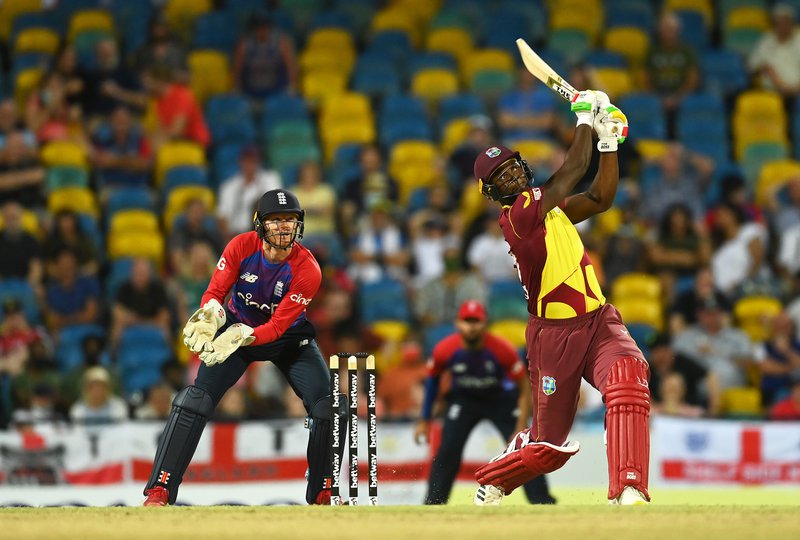 However, the slim left-hander showed his power with three fours and four sixes in a 16-ball stunner, the home side plundering 59 runs from the last three overs. With 30 runs needed from the last over, Hosein unfurled an exhibition of top class hitting, lashing two fours and three sixes – the latter coming from the last three deliveries in a tense over sent down by pacer Saqib Mahmood. 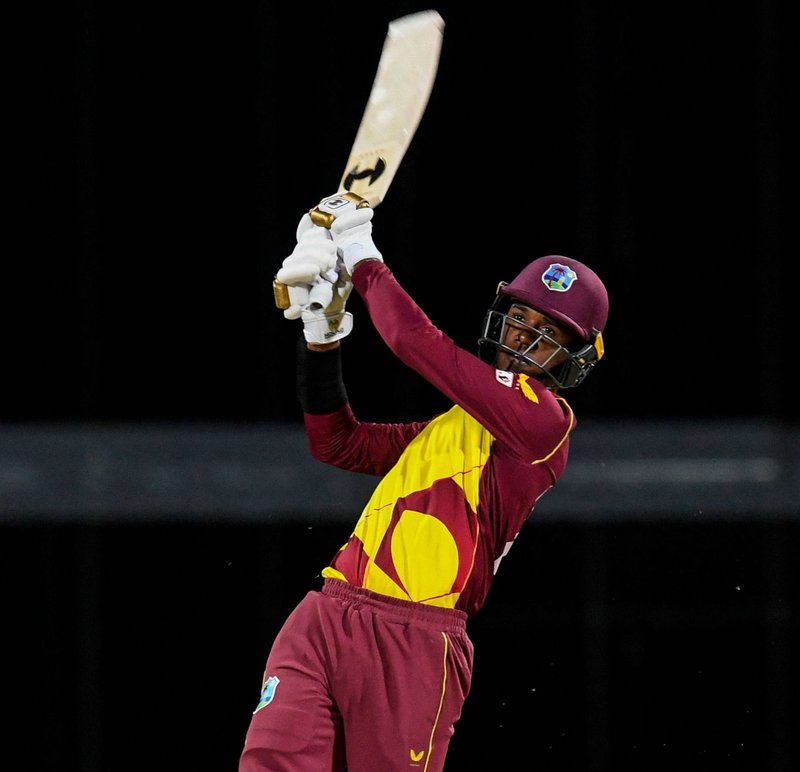 “I decided I just had to go for it, and I backed myself. Shepherd was at the other end fully supporting me and that helped a lot,” Hosein said after the match. “I looked at all my options and targeted the areas I wanted to hit, and I got them out of the middle. It was a big target at the end, but we gave it all we had. The crowd was just amazing … cheering on everything no matter which team, and they really supported us. It just felt great to be playing in front fans again, but I was also concentrating really hard on the job. The series is really well set-up now and we’re going to plan and prepare well for Wednesday’s match.”

Captain Kieron Pollard said: “We knew what the guys could do at the back end – these guys can hit the ball a long way. And the faith and confidence that Akeal has, he has been working on his batting [and] it’s tremendous. But spare a word for Shepherd as well. The way that he batted. He did it in the series before and he’s showing that he wanted to put up his hand and take responsibility.”

Opener Jason Roy had earlier top-scored with 45 from 31 balls as England rallied to 171-8 off their 20 overs after being sent in for the second time in as many days. The right-hander punched half-dozen fours and two sixes, posting 36 for the first wicket with Tom Banton (25) and a further 61 for the third wicket with Betway Player-of-the-Match Moeen Ali who made 31 off 24 balls with three fours and a six, after being dropped on 13 in the deep by Pooran in the 10th over.

Roy eventually holed out to Pollard at long on off pacer Shepherd, triggering a slide that saw three wickets tumble for 15 runs off 14 balls before fast bowling all-rounder Chris Jordan clubbed a 15-ball 27 to salvage the innings.

In the second half, left-handers Nicholas Pooran (24) and Darren Bravo (23) added 41 for the third wicket to repair the damage but the partnership required 30 balls, building pressure on the innings.

That pressure told when Pooran picked out deep mid-wicket in the eighth over off Moeen’s off-spin (3-24) and Pollard missed a full length delivery to be lbw for one on review to leg-spinner Adil Rashid (2-24), leaving West Indies on 50-4 in the ninth over.

Rashid needed another DRS decision to remove Bravo by the lbw route at the start of the 11th over. Then, Moeen’s had a moment of brilliance as he snaffled a stinging caught and bowled chance to account for Jason Holder (1) at the start of the next over. This meant West Indies lost five wickets for 18 runs in 26 balls.

England then felt the heat under the late assault from Shepherd and Hosein but the visitors survived the final stages of today’s cliffhanger to leave the five-match series level 1-1 with three matches to go. The two teams return to the same venue on Wednesday for the third Betway T20 International. First ball is 4pm (3pm Jamaica/8pm UK).